It's fitting that, since the stretch of St. Clair between Dufferin and Lansdowne was the home to Toronto's first legal outdoor cafe, it should host a street festival. Outdoor cafes are nothing new here (even though city council once fought mightily against the concept that people might want to eat outdoors) and neither are street festivals, but you'd think that Corso Italia's street fest was like San Gennaro in New York City - that it had been going on for decades, or at least since the city poured out onto the street in 1982 to celebrate Italy's World Cup win. 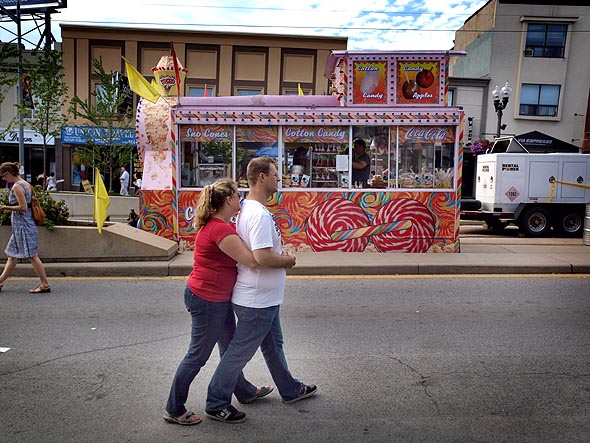 The Corso Italia Fiesta is, in fact, in its fourteenth year, which means that for much of its history it was held while St. Clair was a construction site as the streetcar right-of-way was built. Today, the raised concrete streetcar lane is a platform for kitchens and food trucks, an impromptu stage, and an extended curb for festival goers to sit on while it stores the midday heat on what often feels like the hottest weekend of the year. 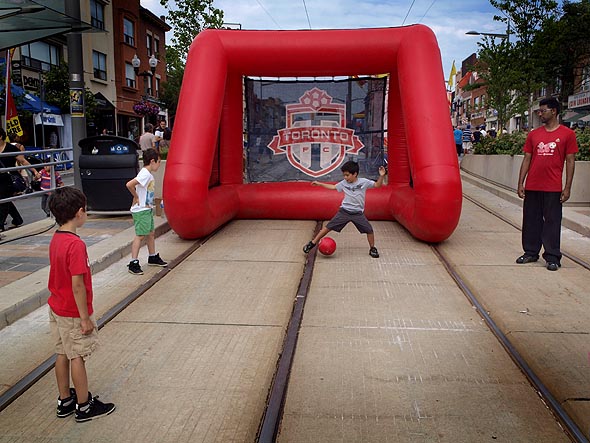 The Corso Fiesta is also my local street festival, and as the neighbourhood changes, it evolves almost imperceptibly to note the changes. On the side streets, the older Italian families have been slowly selling up and moving on, and the character of the street has become more Portuguese and, lately, Latin American. Which means less gelato and veal sandwiches and more bifana and pupusas. 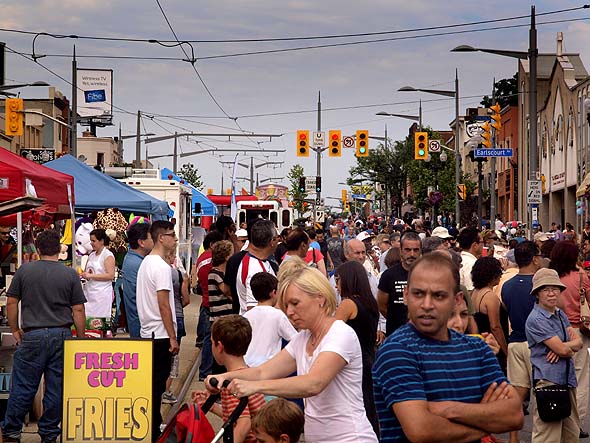 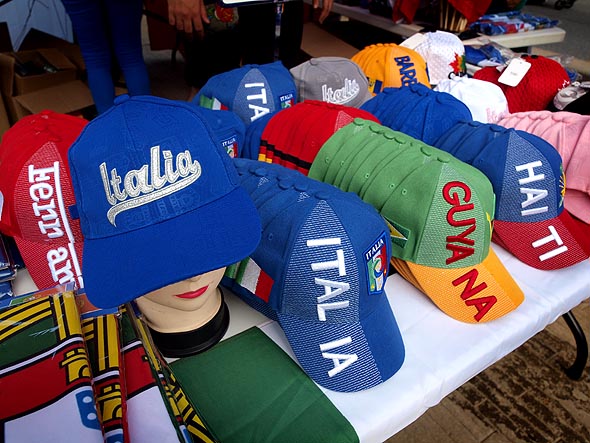 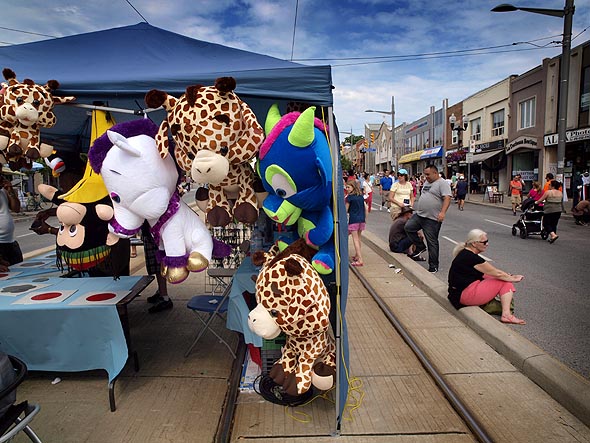 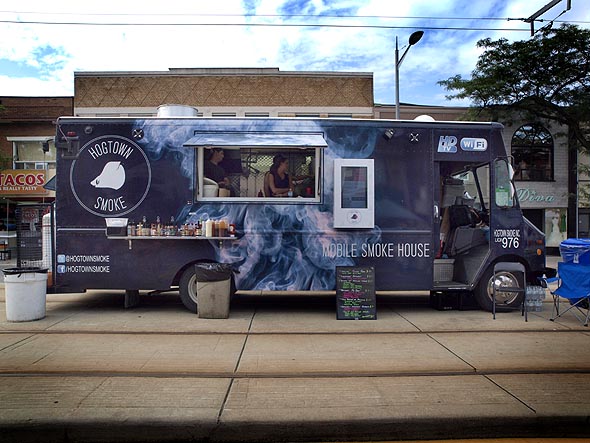 This year marked a first with the arrival of a high end food truck courtesy of Hogtown Smoke. The Corso hasn't gentrified quite as sharply as neighbourhoods further east, but downtown house prices are making the tidy homes of Earlscourt more attractive to young couples.

You still can't get a good coffee without running the gauntlet of the older gentlemen idly watching soccer and fixing you with an only slightly suspicious glare, but that will change. Until then, Hogtown Smoke didn't seem to be doing the roaring business they might have done in Leslieville or the Distillery District, as locals still seemed to prefer the grilled mortadella sandwiches at Tre Mari or the taco plate from King's.

In the meantime it was business as usual. The mayor was there, drawing the sort of supportive crowd that suggests that he might have four more years in office, and the midway was still in operation on the eastern end of the festival near Dufferin, with the same collection of tired-looking rides and just one bouncy castle fully inflated. 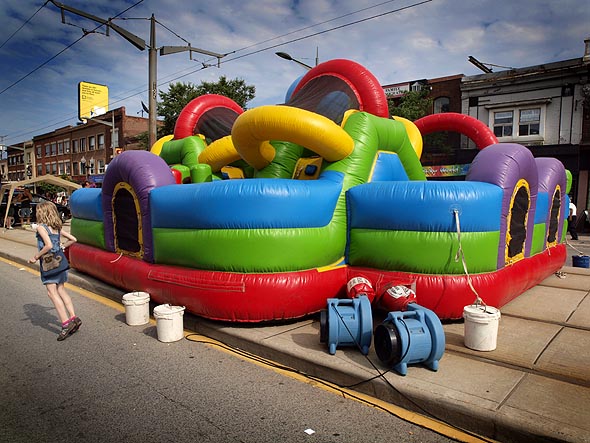 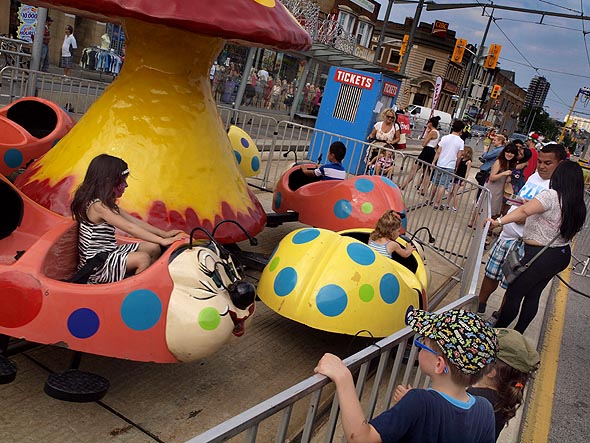 Music was eclectic - there are more congas than accordions on the Corsa these days, and after a cover band ended their set with "Jane" by the Barenaked Ladies, a block away a band led by a man with a three-necked electric bouzouki start into a set of Greek-inflected jazz fusion. In the brief pause between the two, a family band set up on the streetcar median launched into a tarantella, stopped after a few bars and begged the crowd to start dancing. A nonna and her daughter obliged, and a few locals began tentatively hopping from one foot to another. For at least one more year, the Corsa remained, at least notionally, Italian.