Is this the teensiest variety store in Toronto?

This little orange box of a variety store is perched on the edge of a parking lot on Adelaide St. W., right between John and Peter. It looks like a bit of a temporary dwelling, a pop-up perhaps. I ask its super friendly proprietor, who tells me he isn't sure yet what the fate of the store will be. He opened up shop about five months ago, seemingly to serve the many construction workers in the area, though he doesn't confirm that. 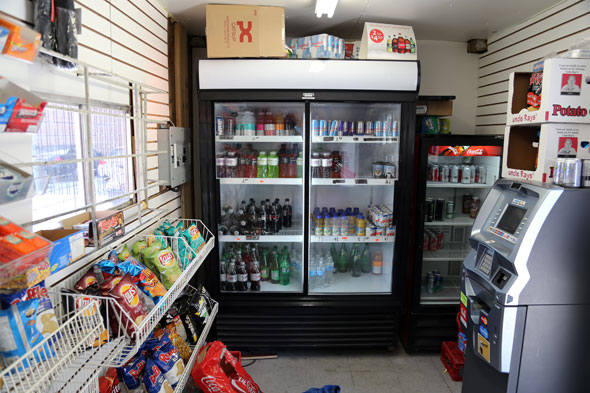 The store looks like the kind of business that would normally live on a campground, so I sort of expect it to sell...I don't know, buckets or little headbands with lights on them. Fireworks, perhaps. But they just sell the usual stuff, like chips, pop, milk, orange juice, and an assortment of cavity-causers like candy and chocolate. They also have the more fun convenience store fare, like condoms and ciggies, in case you're in the market for that stuff, as well as an ATM. It doubles as a spot to pay for parking, too. 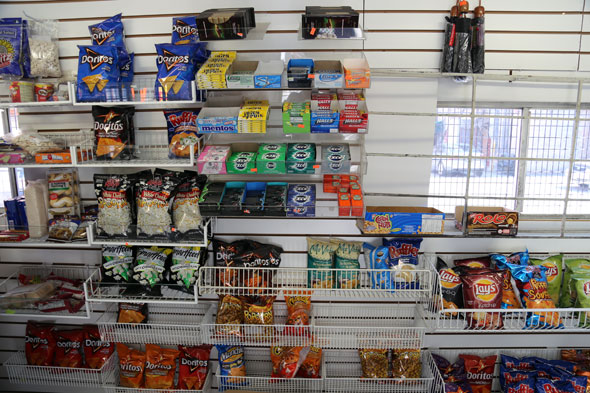 So..yeah. Pop on in if you're in the area and need a convenience fix. The man who runs it has the kind of smile that actually glitters and magically lifts moods...and I was in one shitty mood the day I visited. Hooray for unexpectedly cute human interaction! 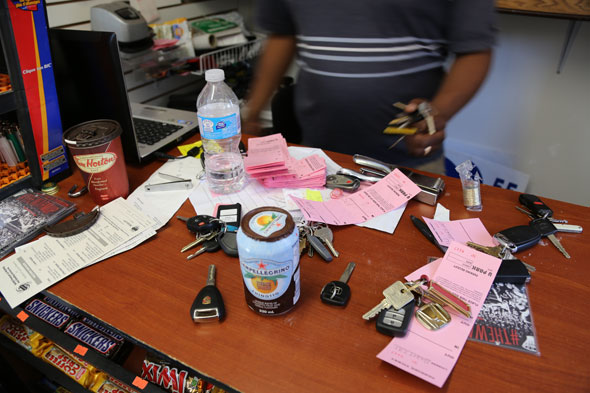