The Session Craft Beer Festival is something like the unofficial close of Ontario Craft Beer Week and, while you'd assume that the end of the week would find the city's beer drinkers experiencing party fatigue (and liver failure), the throngs of brew swillers who took over Wychwood barns on Saturday were anything but weary of the revelry.

Instead, a few thousand lined up to sample a selection of beer from over 20 different craft brewers (at a reasonable all you can drink $50 per ticket) paired with food from food trucks like Gourmet Gringos, Hogtown Smoke, and Gourmet Bitches along with offerings from the Cheesewerks, Sassy Lamb and Bacon Nation. 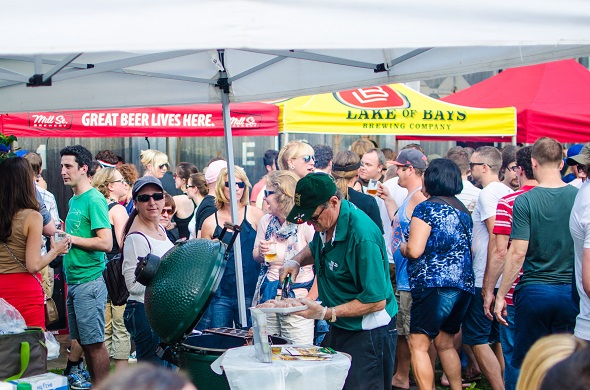 Early rain threatened to make for a wet afternoon but the clouds broke just in time to ensure the shoulder-to-shoulder event was a near unbearably hot, muggy affair. Thankfully though there was an ample supply of craft beer on hand for attendees to promptly exude through their shirts. 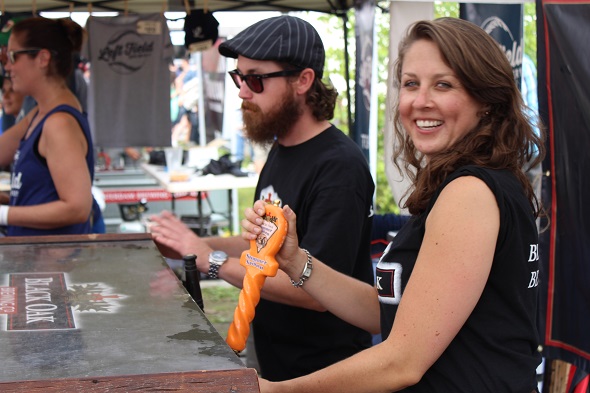 Among the liquid replenishment offered was a selection of beers brewed in cooperation with a variety of Canadian personalities for a competition entitled, "Collaboration Nation." Some of the entries included a triple IPA brewed by Muskoka Brewery and The Arkells, a saison made by Fearless Fred and Sawdust City, and breakfast stout brewed in a collaboration between former MLB pitcher, Dirk Hayhurst and new Toronto brewery, Left Field Brewing. 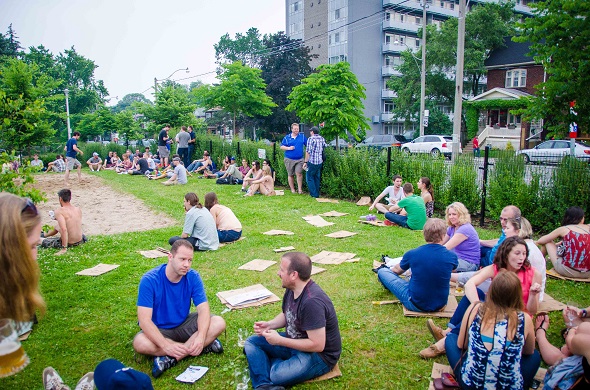 The winner though was The Tom Green beer, a milk stout brewed in collaboration with Beau's All Natural Brewery and, you guessed it, Tom Green. Thanks to a partnership with the LCBO, the winners will now have their beer offered in a handful of stores. 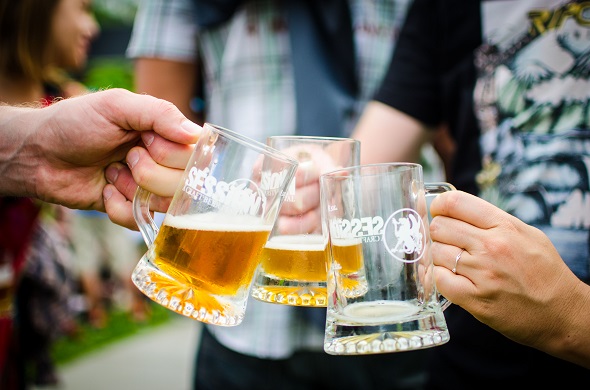 The other unofficial winners of the day seemed to be Left Field brewing, who had the foresight to bring a selection of branded t-shirts and tank tops to sell and found an eager market among sweaty festival goers looking to shed layers. 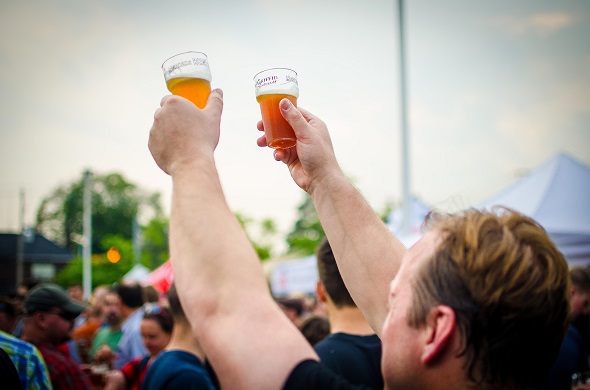 The diversity of those in attendance also made it clear that craft beer is breaking down boundaries. Yes, there were a plethora of bearded dudes present, but also a handful of dudes you might typically expect to see chugging Bud Light, not to mention a lot of ladies, including a few who were there to teach people a thing or two about beer. Prud'homme Beer Sommelier and Beer Writer Crystal Luxmore led a tasting of Ontario craft beer brilliantly paired with ballpark hotdogs and Sonja North and Erica Campbell from Black Oak Brewery led an information session on IPAs. 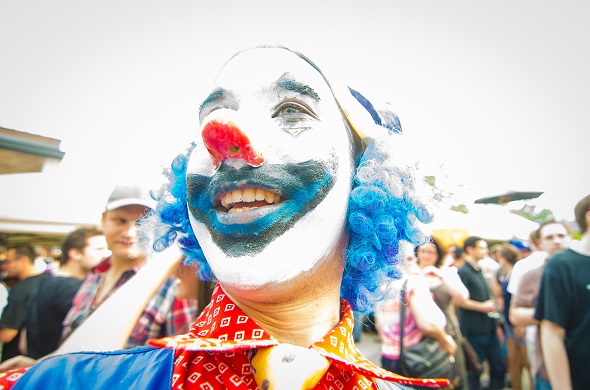 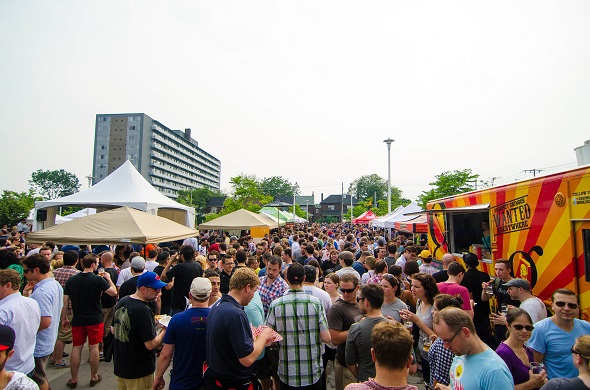 Now in its third year, Session, which was formerly held at 99 Sudbury, seems to have made an easy transition to a bigger and better venue this year and the happy and robust crowd seemed to justify the change. The only question now is whether or not Wychwood will be big enough to handle next year's event. 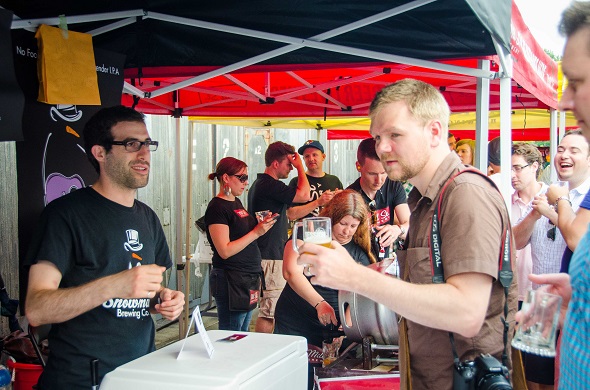 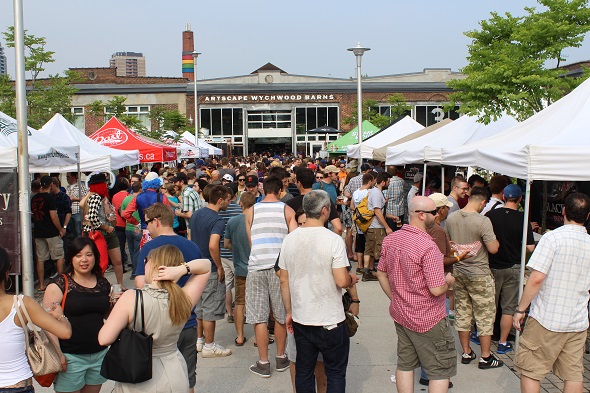 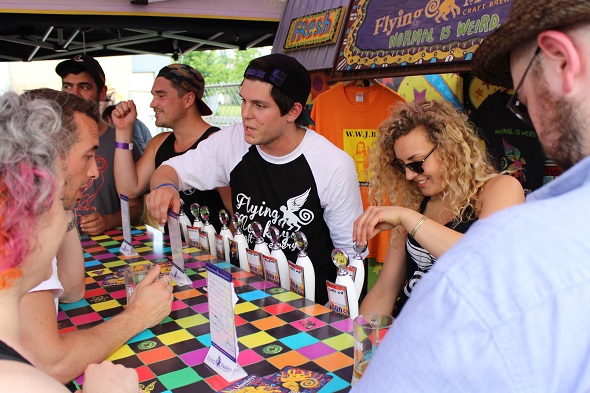 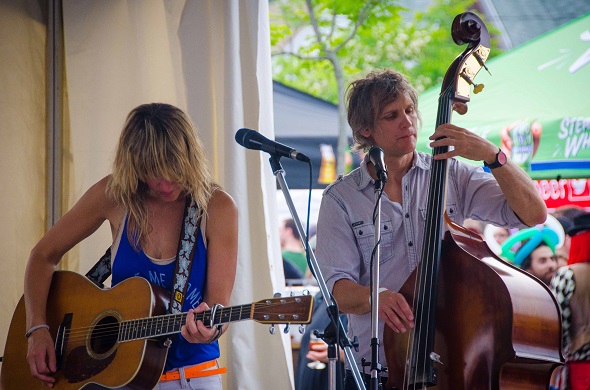 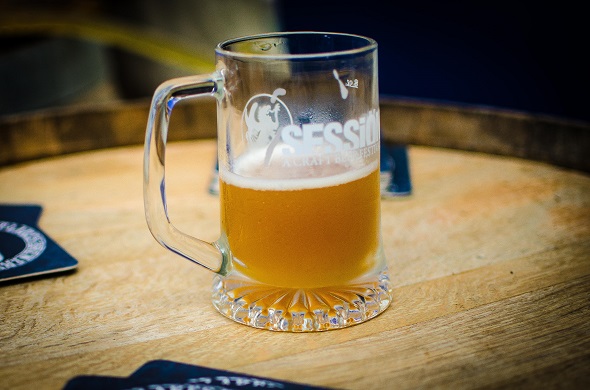 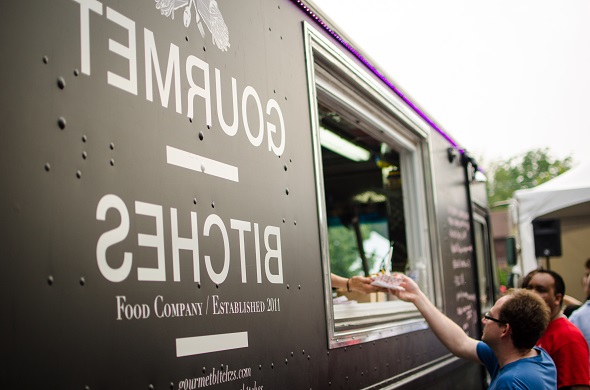 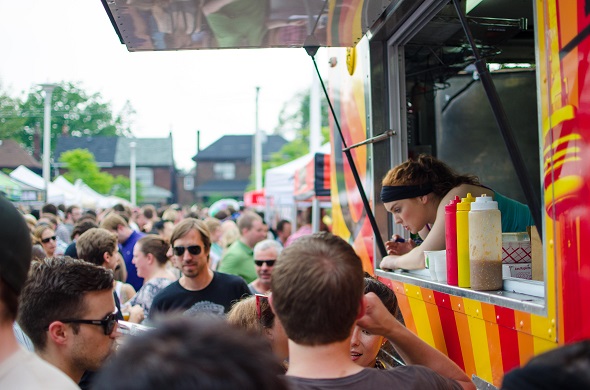 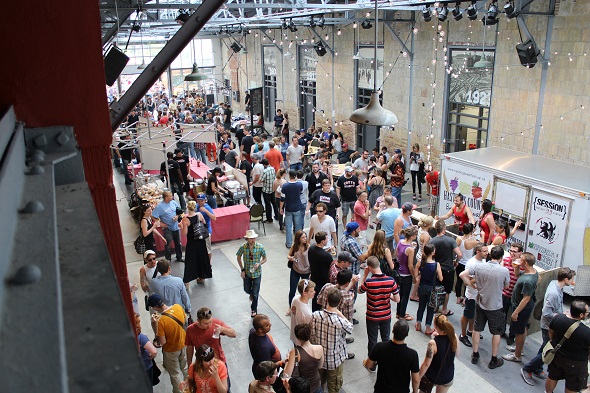 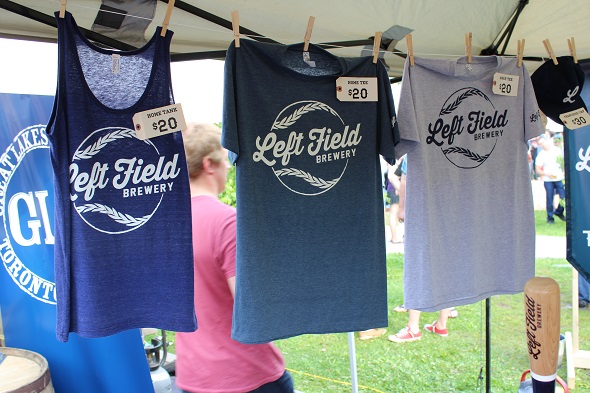 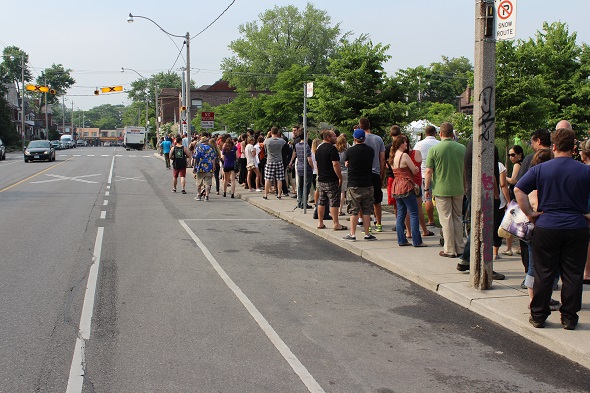 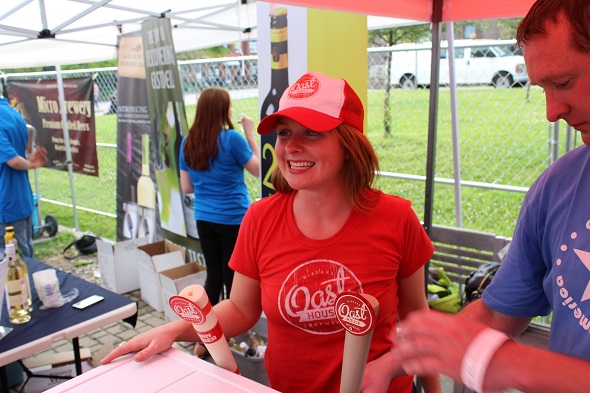 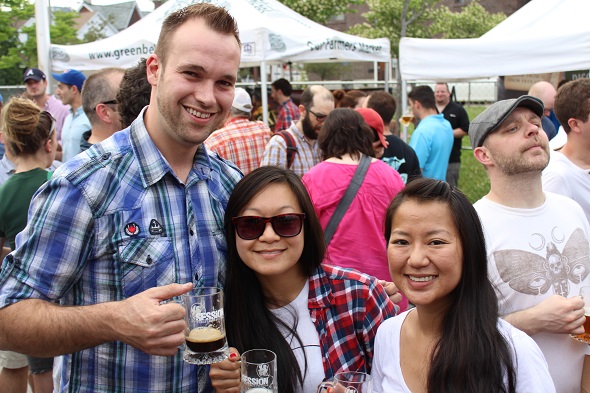 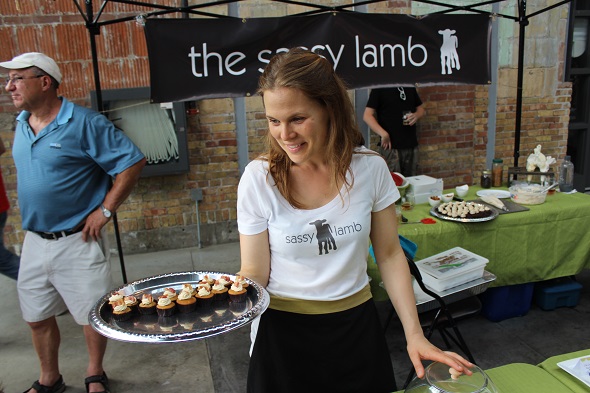 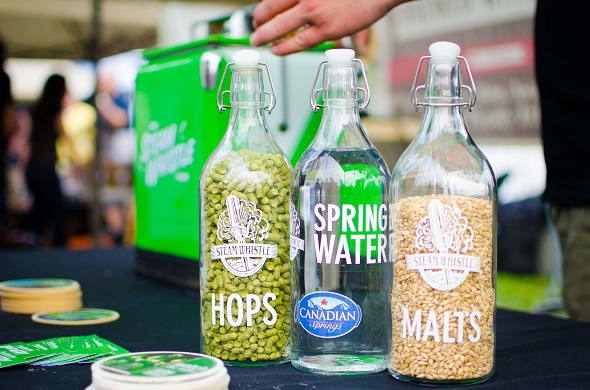 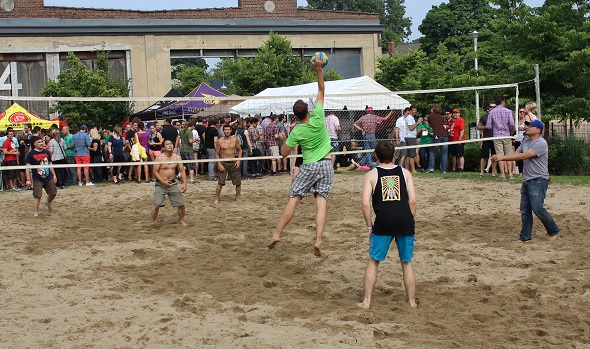