There are dozens, maybe even hundreds, of barista competitions every year, and while most of them require competing baristas to present a creative new coffee drink, menu blackboards in cafes still feature the usual lattes, cappuccinos and espressos of varying lengths. You have to wonder where all that creativity goes, and why more cafes don't put their signature drinks front and centre. 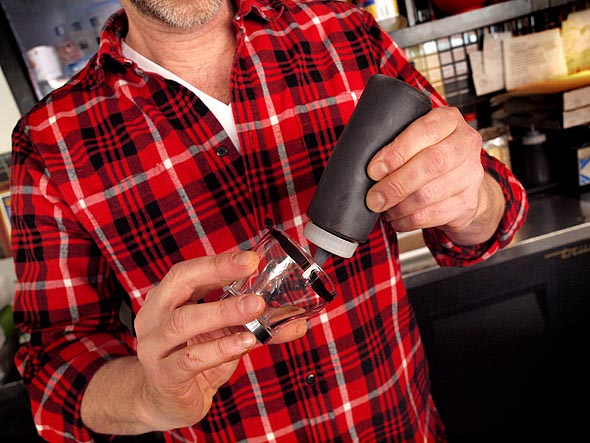 CONCEPT
Bulldog Coffee owner Stuart Ross wanted to highlight the chocolaty finish in his cafe's seven bean blend, so when he was getting ready for a barista competition, he tried to come up with a drink where chocolate enhancements complimented the coffee shot. He also wanted to give the drink a unique, Canadian overtone, which led him to adding a hint of maple. It apparently worked, because his Triple Chocolate Maple Passion won the Central Region Canadian Barista Championship in 2005.

There are three different chocolate treatments in Stuart's signature coffee, but only one is for tasting - the other three are for decoration. He admits that the Triple Chocolate Maple Passion probably isn't an everyday sort of drink as much as it's a treat, meant to be enjoyed at leisure sitting down, not quaffed through a hole in the plastic lid of a takeout cup. 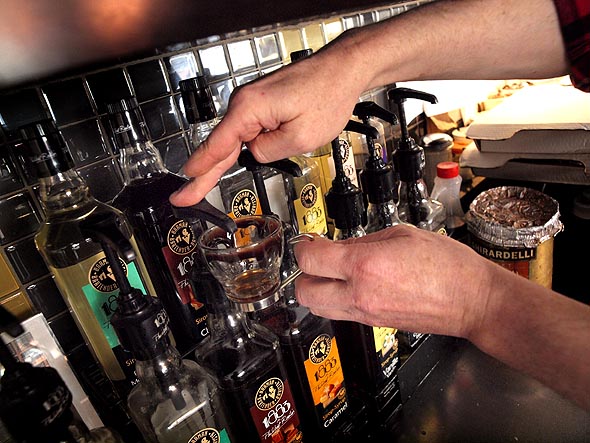 EXECUTION
Timing is important for his drink, Ross says, which begins with a shot of maple syrup in a steamer mug of milk. After frothing the milk, he lets it sit so that the foam rises to the top, then turns his attention to the glass.

He puts a line of chocolate sauce around the rim of a glass cup, then adds another shot of chocolate syrup to the bottom. He pulls a shot of Bulldog's seven bean espresso blend into the cup, then adds a dash of chili pepper onto the top of the crema - chili and chocolate were a big thing back in the mid-'80s, he reminds me.

He then spoons the maple-infused cream on top of the coffee, and grates a button of semi-sweet, 75% cocoa chocolate on the top before sliding the drink across the counter to me. 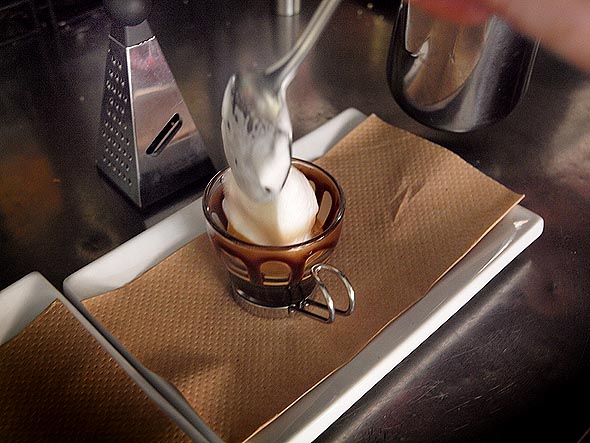 VALUE
Ross sells the Triple Chocolate Maple Passion for just $5, which might seem steep for what's basically an espresso with a dab of steamed milk until you consider the work that goes into it. There's also a lot more going on in his drink than just a bit of milk to mellow out a shot; he tells customers to drink it with a spoon, excavating through the layers - chocolate-dusted maple-infused milk first, then a bit of spiced crema and milk foam, and finally the coffee shot through with chocolate. It's actually more of a dessert than a coffee, and could probably be sold as a bit of decadence for dieters at the end of a meal.