Don't argue with me, because it's a fact that a clear majority of people don't drink their coffee black - mostly because they're drinking poor quality coffee, but also because, let's be honest, straight black coffee, even from the best of beans, has more of the sour and bitter in it than the garden variety set of taste buds can handle. With that in mind, it's worth putting some thought into how to sweeten our daily coffee in ways that don't involve a packet or two of white sugar. Luckily, one Toronto coffee house has a solution. 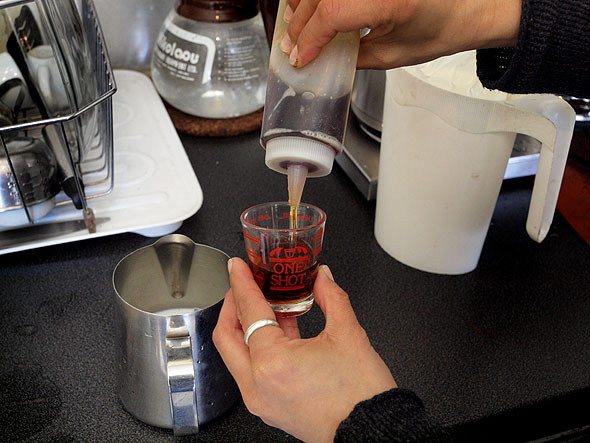 CONCEPT
Not for Jennifer Hedley and Michael Craig of Ella's Uncle the crude bludgeon of a double-double or promiscuous squirts of flavoured syrups. When it came time to open their small but popular Dundas West cafe, they needed to come up with a signature drink that was quick to make but distinct in taste. And thus was born the Ella.

There are a lot of alternatives to sugar as a sweetener; the Romans used lead acetate, with regrettable side effects like blue gums, kidney damage and death. Honey is a more altogether pleasant alternative, but for some reason its rich, floral taste is more suitable to tea than java. There was, thankfully, a more altogether Canadian option, a product of our national tree no less.

Hedley and Craig decided to use maple syrup in the Ella, inspired by Hedley's use of the popular pancake topping at home when she discovered that the sugar bowl was empty. Providentially, the slight smokiness and caramel quality of maple syrup is a beautiful fit with coffee, enhanced by the (slightly) healthier glycemic index of syrup compared to white sugar. 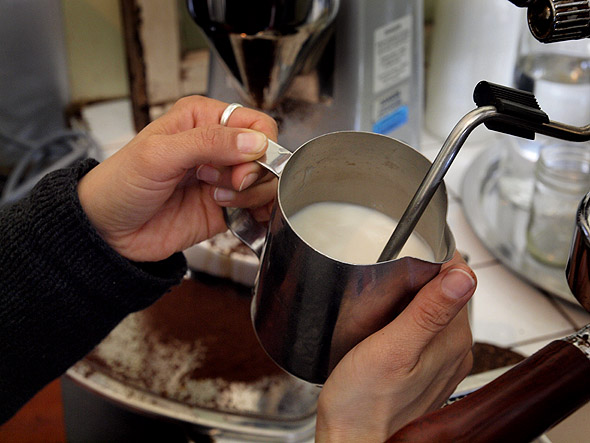 EXECUTION
As coffee drinks go, the Ella isn't rocket science. A half ounce of maple syrup is poured into a steamer mug with milk, which infuses the foam with the syrup. Hedley says she isn't particular about the brand - any decent maple syrup will do.

Ella's Uncle has a policy of putting double shots of their Classic Gourmet and Dark City espresso into all of its milky coffee drinks - they think the taste cuts through the milk much more sharply, and with the Ella, it lets the syrup and the beans muscle their way to the front of the line, taste-wise. 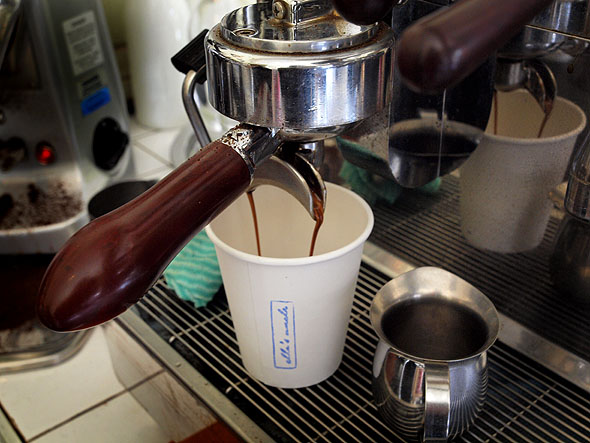 VALUE
What looks like your standard medium latte retails for $4.25 and can be had in an iced version when the weather gets warmer, with the maple syrup dissolved in the espresso and not the milk. Don't even think about sugar, as you'll just kill the very lively flavour of the maple syrup and espresso that fills every sip of this very addictive coffee drink.