Hard as it might be to believe, Toronto has come late to coffee culture, though you'd never be able to tell in a city where coffee chains are often mere blocks apart and an indie coffee shop or three is the mark of a hot neighbourhood. What's a decade old here is centuries old in places like Italy or Spain or Turkey, home of the thick, sweet coffee that was the inspiration for one Toronto cafe's twist on a latte. 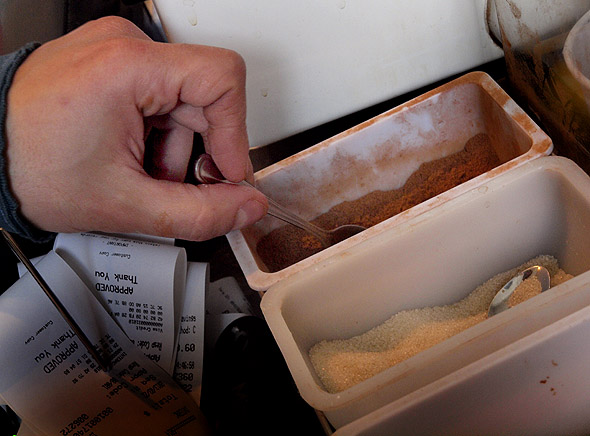 CONCEPT
Traditional Turkish coffee is brewed in a pot on a stovetop, with coffee beans ground to a powder that sinks to the bottom of your cup. It's a sharp bean, so sugar is added in the brewing - a complicated ritual that involves a couple of boils and a sequence of taps and swirls that drinkers will argue about endlessly.

Peter Adamo of Sense Appeal, the cafe and roaster in Spadina's Fashion district, wanted a Turkish coffee on his shop's menu but didn't want to go through the time and trouble of brewing in pots or serving coffee with a sediment that would be a tough sell in almost any market. He came up with a simple but evocative way of putting a Turkish spin on a latte that involves sugar and spice and milk. 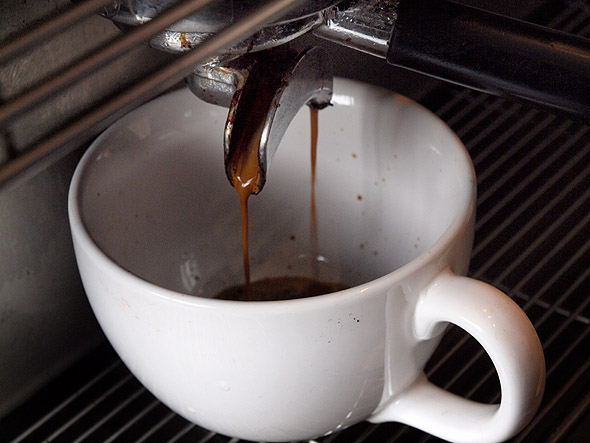 EXECUTION
Sense Appeal barista Fiorildo Tenace walks me through the prep of the Turkish latte, which begins with cane sugar and a mix of cardamom and cinnamon spooned into the bottom of a cup. Tenace says they use their best espresso bean for the drink - a Brazilian bean that doesn't have the floral overtones that would be lost in the drink.

It's a straightforward latte after the sugar and spice - a pull of espresso in the bottom of the cup and steamed and frothed milk on top, dusted with cinnamon and served as you'd expect. 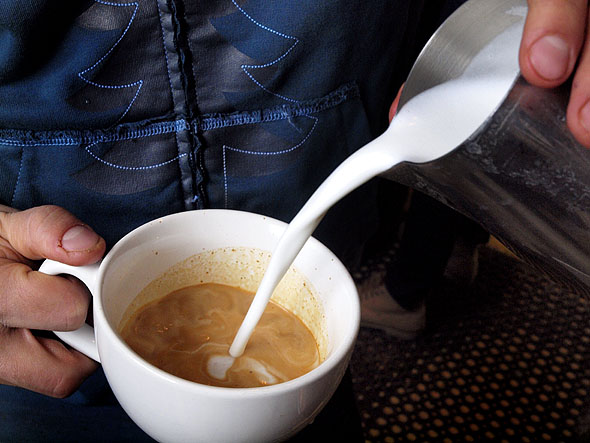 VALUE
Sense Appeal's Turkish latte has a nice spicy finish all the way through - a mix of Indian food and Christmas that comes through both in the aroma and taste. It's a drink in the spirit if not the letter of its Anatolian inspiration, and at $4.05 makes a nice change from the regular latte if you're in the mood for something with just a dash of the exotic.