Toronto's years-long coffee renaissance has seen us awash in a sea of espresso and capuccino, latte, macchiato and Americano. Which is nice, but it's not surprising that a few cafe owners and baristas - and not a few customers - long for more variety and a bit more creativity than pretty pictures in their latte foam.

CONCEPT
At Arte Gelato on Bloor Street, owner Sebastian Silvestro was pondering the annual dilemma that troubles every gelateria - "What can I do for the winter?" - while looking at his freezers full of gelatos and sorbets. Open just over a year, Silvestro knew there was a small, die-hard crew of gelato fans who'd eat the stuff even when the mercury was well below zero. (Kids, for instance, just don't care.) But he knew that offering sandwiches and pizza would still mean trays and trays of homemade gelato growing ice crystals while the snow fell. 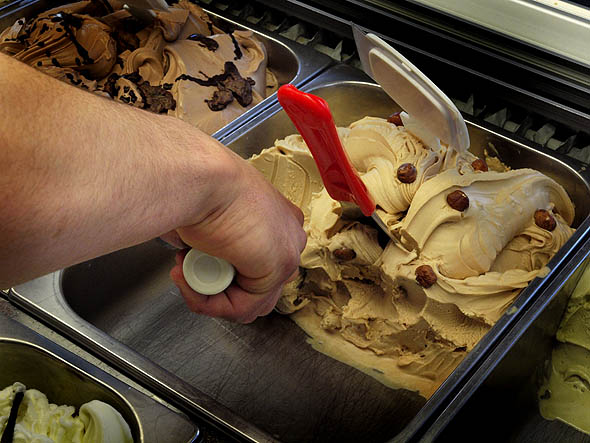 Every gelateria is also a cafe, so Silvestro put a couple of scoops of his hazelnut gelato in a metal steaming cup and got to work. Experimenting taught him that it took two separate bouts of steam to break up the gelato smoothly, but he knew he was on to something when he smelled the aroma of the hazelnuts and cream as he worked. A few more tries taught him to add a dollop of milk to help with breaking the gelato down.

"The funny thing is," Silvestro tells me, "that I came up with this in the summer." 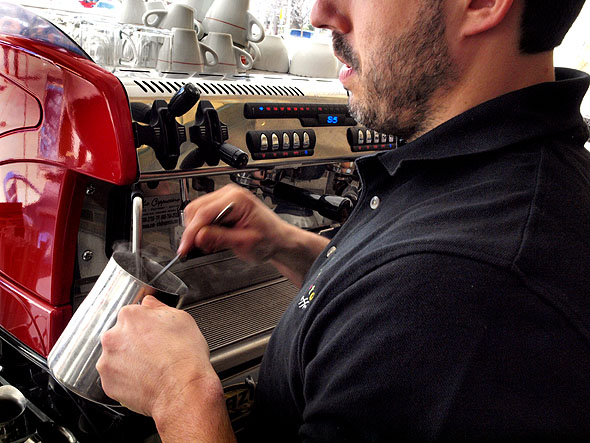 EXECUTION
He pours out the frothy mixture into a glass and pulls a shot of espresso, which he pours carefully into the mug. The coffee blooms in the hot gelato, but stays near the top. He adds a small dollop of whipped cream, and a sprinkling of cinnamon and dusted hazelnuts. There's a version of the drink without coffee, suitable for kids and the coffee averse, but tasting both, the hot hazelnut gelato gets stiffened up by the espresso, which mostly infuses the first half of the drink, giving way to the gelato drink at the bottom.

No sugar is needed, of course - the gelato has plenty to begin with, and Silvestro has to warn customers having it for the first time to taste it before they reach for the sugar bowl. He's also had to explain that it's not an afogato - the gelato isn't a cold dollop resting on top of an espresso, but a whole hot drink. 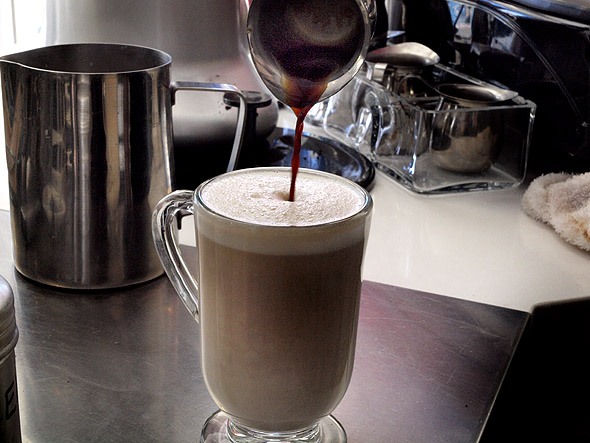 There are, of course, some gelato flavours that don't work as hot gelato; the potassium in banana burns, lemon and mint are simply out of bounds, and coconut is too gritty. Any chocolate flavour is a success, though, as is coffee and any nut-based gelato. He swears by hazelnut, though, the subject of his first experiment, and sipping away at one, I'm pleasantly surprised by the whole hazelnut that I find floating just between the froth and the whipped cream.

VALUE
Arte Gelato's Hot Gelato comes in three sizes ranging from $2.99 to $4.99 and since it's still so new Silvestro hasn't added it to the board behind the bar, just ask for one and try to enjoy it while the last frigid days dissolve under the gentle siege of spring.