For roughly 90 years, Toronto's Junction neighbourhood was dry. Laws that forbid the sale of alcohol meant that, until as recently as 1997, restaurants in the area had a difficult time staying competitive. This, coupled with the migration of shoppers to suburban malls in the 1950s and 1960s, saw the area's property values fall drastically, and many Junction storefronts sat empty even through the late '90s.

Granted, it's hard to gauge how much the inability to sell alcohol contributed to the Junction's less-than-desirable reputation, but it would be hard to argue that, in addition to a cooperative community, booze isn't one of the factors currently driving the rebirth of the west-end neighbourhood.

Indeed, along with a smattering of cafes and design stores, the Junction now boasts bars happily pouring local beer, some of it made at nearby Junction Craft Brewing Company, the area's own namesake brewery. 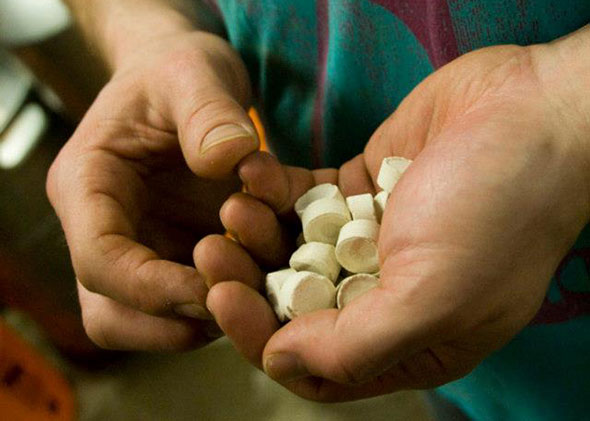 They've also got the Indie Alehouse, a spectacular brewpub that brought its own line-up of great beers to the neighbourhood last year along with a full menu and humming dining room. There's a sense of community amongst the area's business owners to be sure, and beer and the folks who drink it are helping put the Junction back on the map as one of Toronto's destination neighbourhoods.

It's fitting then that when Jeff Kelly, manager of 3030, Ben Wilkinson, co-owner of The Hole in The Wall, and Indie Alehouse owner Jason Fisher opted to collaborate, they created what might be the city's first "community" beer: the aptly named nut brown ale, "Community Nut Job."

Fisher regularly collaborates with other brewers, having previously invited Beau's All Natural, Sawdust City, and even Great Lakes Brewing's Mike Lackey to brew with the folks at Indie, but for his most recent collaboration, he decided to keep it even more local. "I invited the owners of 3030 and Hole in The Wall because we are all very tight as part of the community here," he says. 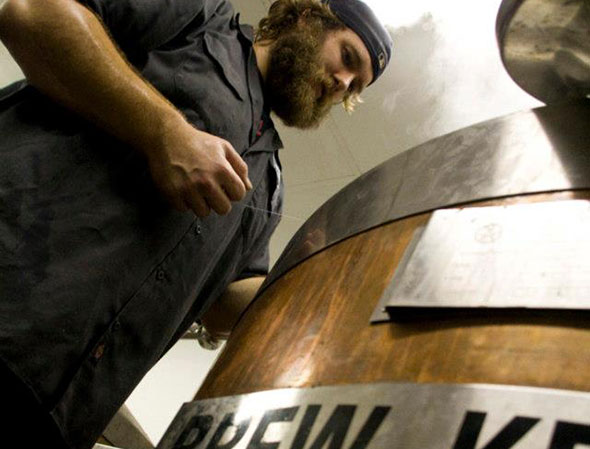 The folks at 3030 and Hole in The Wall were more than happy to oblige. "Jason and [brewer] Jeff [Broeders] at Indie are insanely talented brewers," says Jeff Kelly. "It was a privilege to be asked."

As for the style they chose, they opted for a fairly unique take on a classic style--an approach that's typical of Indie's brews. Says Fisher, "We settled on a Nut Brown style but wanted to make it a little different than the usual in the category. This one is made with 20kg of fresh chestnuts, 15kg of hazelnuts, and 10kg of walnuts. The nuts were prepared in several ways--roasted, pureed, etc.--and then added throughout the brewing process."

The result is a 5.6% dark brown ale that falls on the sweeter side thanks to the chestnuts, with some bitter hints from the walnut, and a complex, dry finish from the hazelnuts. 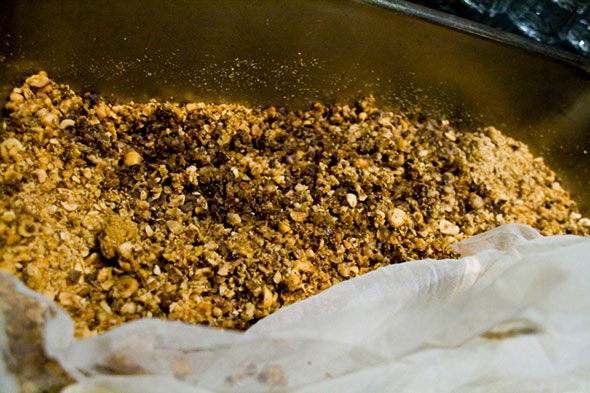 Jeff Kelly is unequivocal in his feelings about the outcome. "The result is bloody amazing," he says. "We had our chef, Adisa Glasgow, come on board [with the collaboration] as well, and I think that added an element of food and taste expertise that some beers don't get. The end result is a delicious beer that I feel is one of the best 3030 has ever had on tap."

He also agrees that the beer, and the collaborative approach, speaks to the Junction's tight-knit community in more ways than one. "A lot of brewers aren't asking the customer 'what do you want to taste in that glass?' We think Jason is doing just that through collaborative brews. Similarly, we do that at our bars, and we brought that to the table, too," he says.

He also echoes the idea that a collaborative brew is just an extension of the neighbourhood's collaborative philosophy, easily and happily name-dropping a handul of local establishments helping the Junction's businesses thrive by helping each other. "We serve Delight ice cream and cheeses on our menu and we couldn't be prouder that they are our neighbours. Big Daddy provides us with support for our movie nights and that's where we all rent from," he says. "I have never been part of a tighter knit community than this one, and I am thrilled to be able to be a part of it. Yesterday, we had lunch at Indie, and tonight a nightcap at Hole in the Wall. And yeah, you better believe I'm having a Locomotive coffee tomorrow morning." 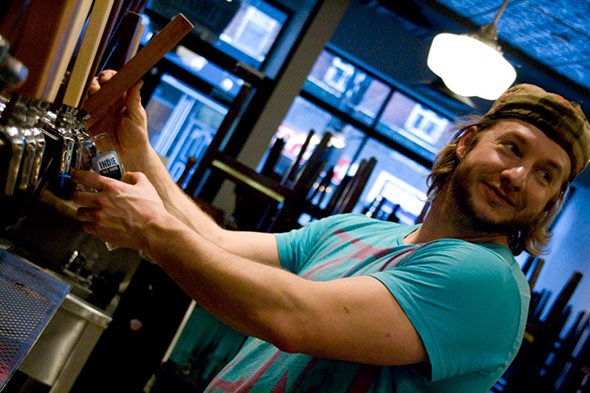 Community Nut Job went on tap at Indie Alehouse, 3030, and Hole in The Wall on Thursday and, if the brisk sales thus far are any indication, it likely won't be around for long. However, it seems clear the community is game for future collaborations.