Burgers and beers come together for Movember

Because of its location in Kensington Market, it's tough to say for sure if the handful of mustaches on hand at Burger Bar on Tuesday night were actually the result of charity or just an ironic fashion statement. But it's probably safe to say that the majority of the flavour savers in attendance were there as a result of "Burger N' Beers," part of the first ever Movember Toronto Food Week (or, if you want to sound like a Japanese super villain, "MOTOFO"). 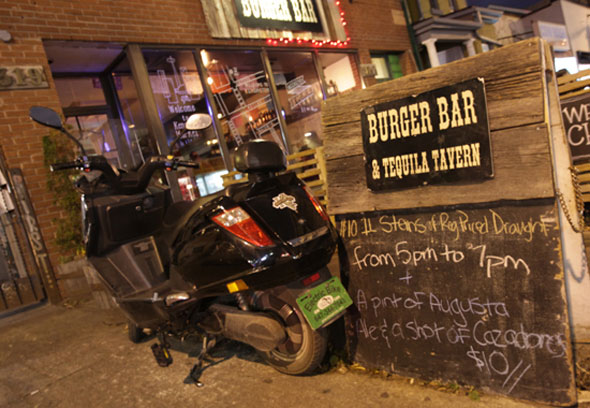 MOTOFO kicked off on Monday with an evening of braised venison and honey- and ginger-infused Old Fashioneds prepared by Amanda Ford, better known as the City Girl of City Girl Catering, and last night David Ort of foodwithlegs.com gave a demonstration on kimchi, pickles, sourdough bread and all things fermented.

Tuesday's celebration saw a smattering of diners, mustachioed and bare-lipped alike, sipping craft beer flights and dining on Burger Bar sliders for a $25 fee in support of prostate cancer awareness. 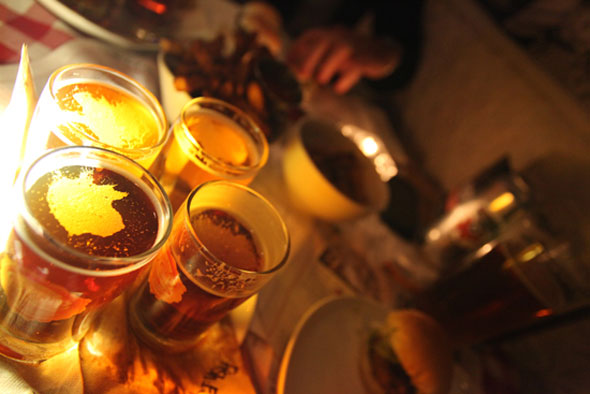 Not surprisingly, given that Burger Bar owner Brock Shepherd is also the proprietor of Kensington Brewing Company, KBCo's West Coast-style pale ale, Augusta Ale, was among the craft beer offerings on-hand, as was their Baldwin Fish-Eye PA--both of which were fine by me. Both are great beers and they paired well with their sliders--a chorizo-blended patty with arugula pesto, and a lamb burger with blue cheese and kimchi, respectively.

The quartet of pairings was rounded out by a bison burger with chimichurri and gruyere paired with a Sawdust City Ol' Woody Alt and, presumably for those who like things simple, a natural cheese burger served with King Pilsner.

In keeping with Burger Bar's typically low-key vibe, the evening was less structured than one might expect from a formal food-pairing event and, in the absence of any guided dining instructions, I noticed a handful of savages simply eating whatever burger they felt like eating, and pairing it with any beer they wanted. Shameful. 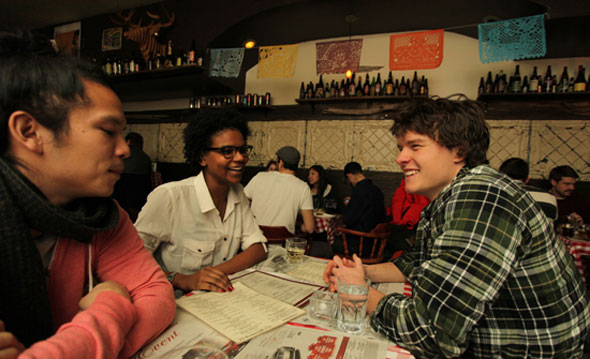 Nevertheless, the event proved successful and there's still time to get in on the MOTOFO food/charity fun. Tonight, you can join Matt Basille of the about-to-turn-one-year-old Fidel Gastro's as he celebrates "the elevation of street food" at El Mocambo from 7:30pm-1:30 am for just $5, then tomorrow night join Allison Slute, the sommelier from Pillitteri Estates Winery as she leads a $25 tasting of wines from Niagara-on-The-Lake and Prince Edward County.

To learn more or book tickets, you can visit MOTOFO. Photos by Mark Sivilia.