Kensington Brewing Company's flagship beer, Augusta Ale, is inarguably a success. The American and British Pale Ale hybrid named after a street in Kensington market has become a mainstay in the Toronto craft beer scene and KBCo has managed to get their accessible-but-still-interesting craft beer and its distinctive wasp-coloured cans into a slew of LCBOs across the province.

So the question then is, what to do next? For the beer-loving people at KBCo the answer was simple: Make another beer.

And that's precisely what they've done.

Baldwin FishEYE-PA, KBCo's sophomore effort, will officially launch this week and seems slated to appeal a little more to fans of intense-tasting craft beer. At 6.5% ABV and 70 IBUs (international bittering units), combining three types of malt and four kinds of hops, this hopped-up American IPA likely won't appeal too much to the lager-sipping masses.

"With Augusta Ale," KBCo's Mike Gurr tells me, "we tried to make a unique, flavourful beer with a pronounced hoppiness that was simultaneously approachable and inviting...a beer you can drink a lot of in one session without suffering palate fatigue." But things, he says, are going to change with FishEYE-PA. "Baldwin FishEYE-PA is a bold, assertive American-style IPA. We're not messing around with this one. It's an aggressively hopped IPA with a pronounced and lingering bitterness designed to appeal to hop heads."

Named after Kensington Market's fishmongers along Baldwin Street, FishEYE-PA is yet another KBCo official nod to their namesake neighbourhood and, while the company still contract brews at Wellington Brewery's facilities in Guelph, rumours are swirling that we can likely expect an actual brewing facility in the market soon.

Baldwin FishEYE-PA will officially launch on Thursday at Bar Hop at a party that seems particularly suited to introduce the beer to the city's beer-loving crowd. Along with the commercial version of the beer, Bar Hop will also be serving a casked version and a hop-backed version--a process that sees the hot wort passed through a sealed chamber that infuses the beer with even more hop oils. So yes, beer fans, hops will be well represented.

Gurr tells me that FishEYE-PA will initially be available in draught format as well as in a small run of 473ml tall boy cans. "We pre-sold about half of the first batch already," he tells me. "So you will be able to find it around Toronto on draught at places like Bar Hop, Thirsty & Miserable, Get Well, WVRST, Burger Bar, 3030, and other beer-centric places. We'll also have a cask at Volo's Cask Days [this weekend], and we're looking at a permanent LCBO listing by spring of 2013."

The party at Bar Hop on Thursday kicks off at 8pm and there's no fee to get in. For more details, you can check out the facebook event page here. 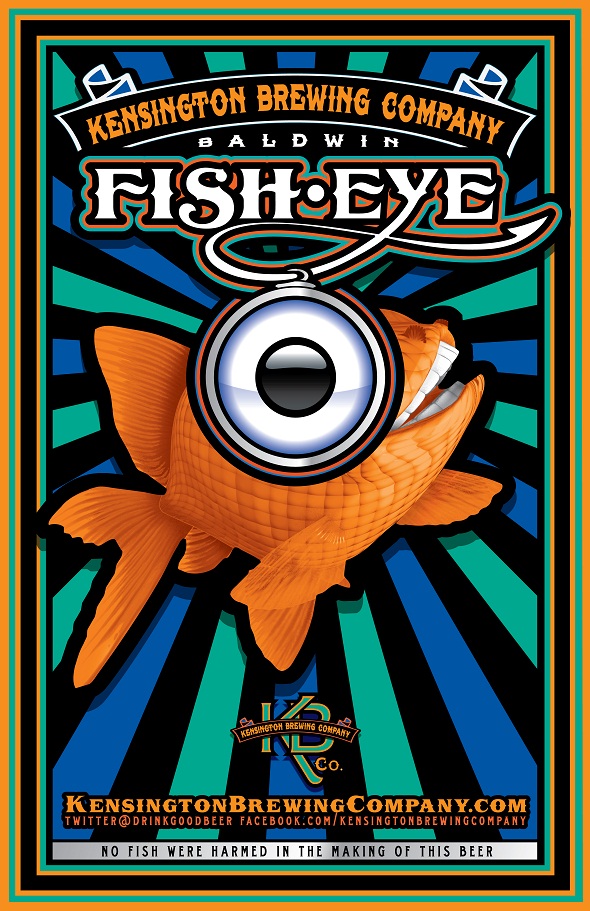