While two of Toronto's finest baristas made it to the final round, it was Calgary that ultimately took home the giant tamper. (Actually â the trophy is a big tamper. And, well, the other trophy is the chance to represent Canada in the spring at the international level in Australia.) Yes, Jeremy Ho from Phil & Sebastian in Calgary was crowned Canada's foremost coffee king.

But that crowning came after two days of intense competition at the Canadian Coffee and Tea Show at the International Centre in Mississauga. By the second day of competition, the list of finalists had been whittled down to a mere six, all of whom pulled out every last stop (shot?) in pursuit of the coveted national title. 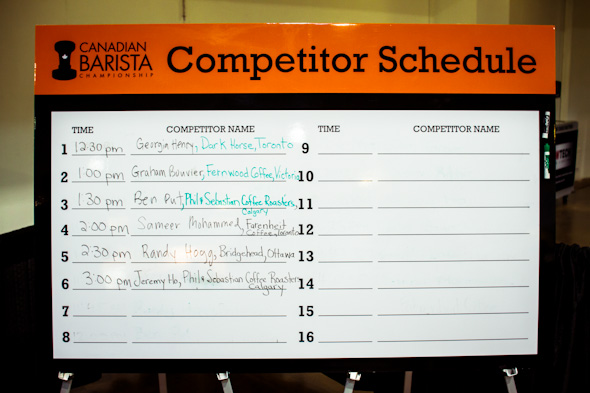 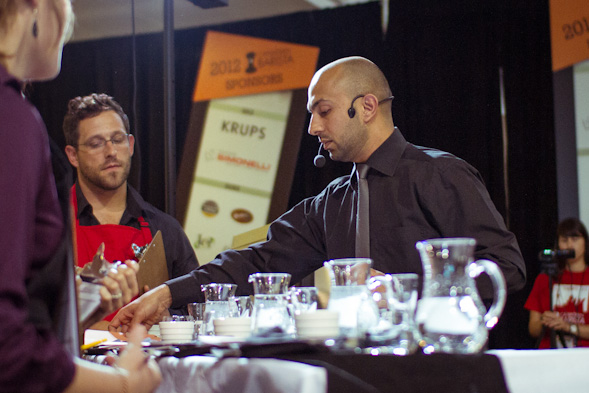 Representing Toronto in the final six were Sameer Mohamed from Fahrenheit Coffee and Georgia Henry of Dark Horse. (Brad Bauder, who I observed last week preparing for his first national battle, was eliminated on the first day.) Joining them on the second day was Jeremy Ho, of course, Ben Put (also from Phil & Sebastian), Randy Hogg from Bridgehead in Ottawa, and Graham Bouvier from Fernwood Coffee in Victoria. 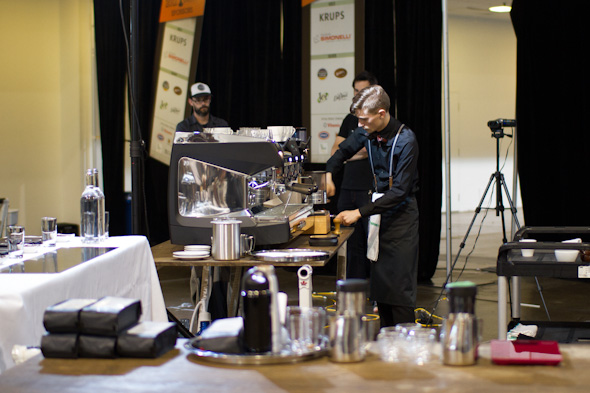 Each competitor took to the stage (or cordoned off back area â whatever) one at a time to prepare four espressos, four cappuccinos, and four signature drinks for the judges using their own coffee selections. First was Toronto's own Georgia Henry, who played with orange flavours and cold-brewed spices as she discussed the "wash process" behind her beans and the caramel notes of her espresso. Then came Graham Bouvier with his Guatemalan washed bourbon and caturra coffee, attempting to impress with a saffron and juniper signature drink. 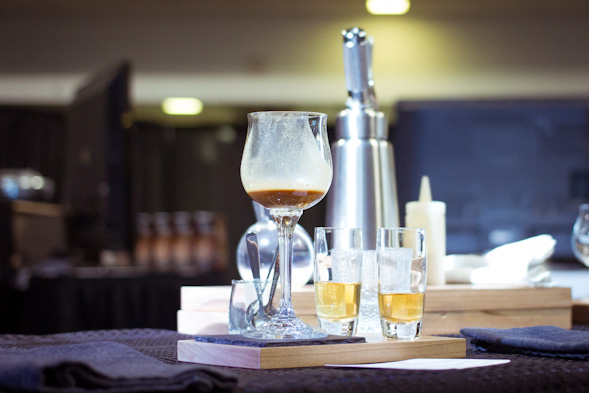 Next was Ben Put (who would later win the latte art competition for a cool $500), touting a Colombian coffee and tonka bean ganache, followed by Sameer Mohamed with his single-origin Ethiopian coffees and a signature served in three stages. 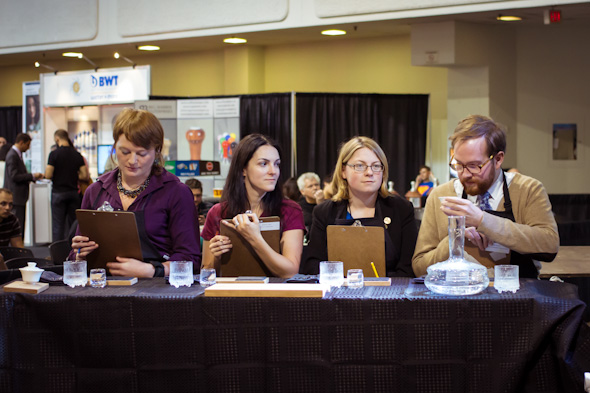 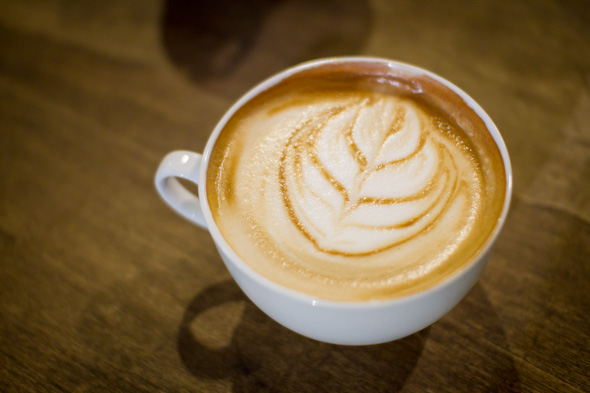 The final two competitors were Randy Hogg (who came with Mario Brothers-themed props and syringes to perfect his final drinks) and Jeremy Ho, who ultimately won over the judges with his foam-based signature and Ethiopian Yirgacheffe meta-analogy. Since the competitors were judged on a variety of factors including technical, sensory, and overall performance, it was difficult for the audience to ascertain who was leading the pack. 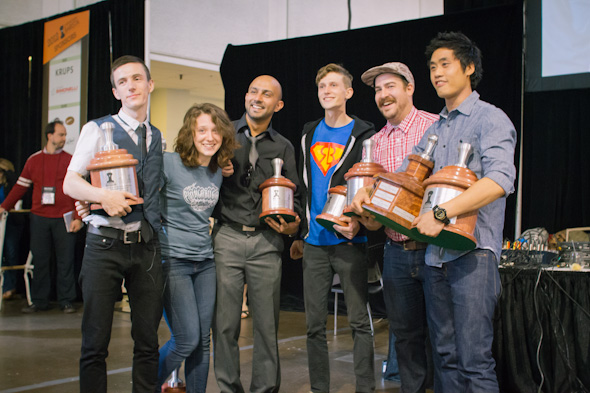 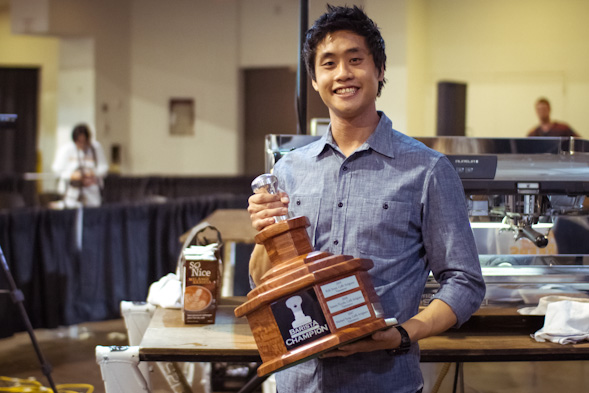 And in the end, it was close. With just 11 points separating first and second places, Calgary swept the top spots with Jeremy taking first and Ben winning second. Randy Hogg was third, followed by Georgia Henry, then Sameer Mohamed, and finally, Graham Bouvier. I spoke briefly with Toronto's baristas (Georgia and Sameer) shortly after the results and both (understandably) seemed visibly disappointed. I ask Sameer if he's planning to compete again next year.

"Right now, I'd say no," he says. "But ask me in a couple months, and you might get a different answer." 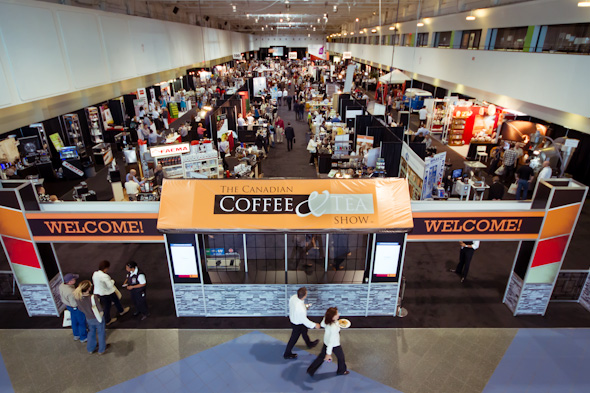 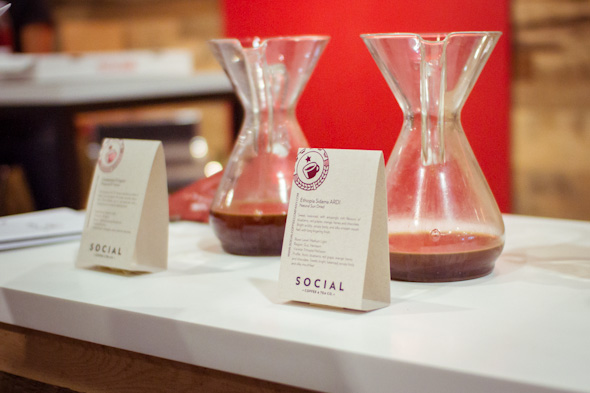 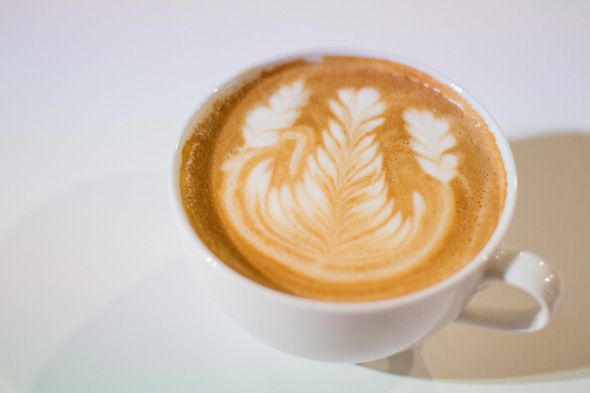 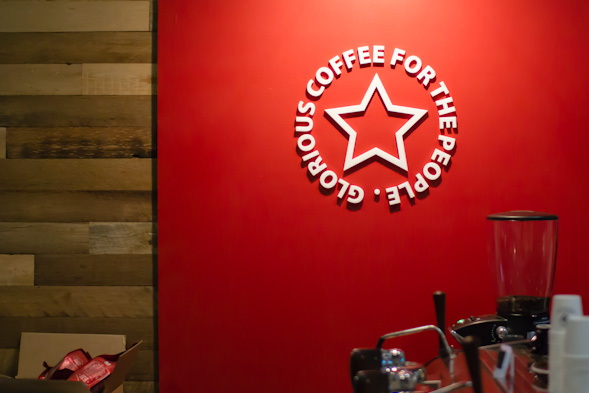