The Sorauren Farmers' Market can be found in a small green corner of Parkdale, where it was built by community activism. Sorauren Park itself was originally slated to become a garbage truck garage. However, community demands eventually led to the park's creation on Sorauren Avenue in 1995.

The Sorauren Farmers' Market was also created by community activism. It is the brainchild of the West End Food Coop, a cooperative in (you guessed it) the west end with over 600 members. The market itself is open from 3 pm to 7 pm on Mondays, and features musicians, as well as vendors of local produce, baked goods, and organic products.

Here are some of the stand-out vendors at the Sorauren Farmers' Market. 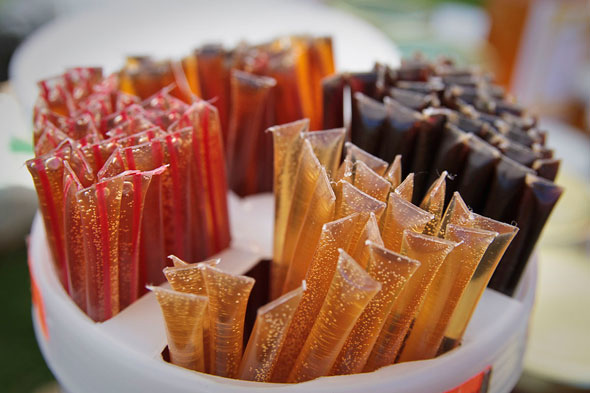 Bees Universe
Bees Universe sells an interesting combination of honey, chicken, duck and quail eggs, and skin cream. Owner Irina Alecu was drawn to the health properties of duck and quail eggs. The Innisfil farm just acquired some geese and should have goose eggs for sale by next summer. In addition to traditional cream honey, Alecu sells a variety of flavours as well as honeycombs, pure pollen granules and honey tubes. The skin cream is made from Bees Universe honey. They encourage customers to return their egg cartons for reuse.

Baba Link Farm
Pat Kozowyk grows fruits, vegetables and herbs on a small 10 acres piece of the farm she grew up on. Alongside fresh produce, Kozowyk makes juices and jams. For early August, Kozowyk is selling succulent blackberries and fresh herbs, and a bumper crop of cherries and tomatoes should hit the market soon. 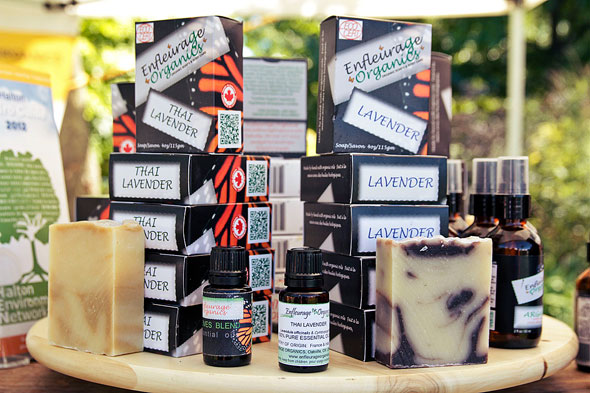 Enfleurage Organics
Enfleurage Organics sells a wide variety of organic soap products sourced from local farms. Colleen Lowe's soap bars were the first to be certified organic in Canada. She recommends the bamboo charcoal Face Works bar for the summer to clear your pores. Lowe also sells all-natural soap nuts clothing detergent in liquid form, a product she believes to be unique to her company. Argan oil and incense can also be found at this multipurpose stand.

Fisherfolk
Bringing the ocean to Sorauren, Fisherfolk sells fish and seafood from the west coast, east coast and some fresh water fish as well. Jennifer Johnston started selling fish about four years ago and since then Fisherfolk has taken her to lobster boats in the maritimes and back to Toronto with more ideas, and a passion for all food that comes from the sea. Johnston recommends grilling some of her lobster on the barbecue, and promises it's not as difficult as it sounds. 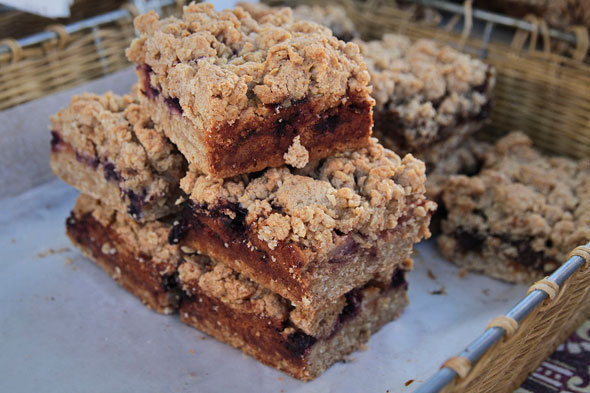 De La Terre
This Vineland, Ontario bakery specializes in sourdough bread and spelt flour baked goods. You can expect breads, pies, cookies, bars and granola that are organic, but not certified. De La Terre prefers sourdough bread as it doesn't include baker's yeast, and they also opt for spelt flour for its health benefits.

Grand River Eco-Farmers
This group of environmentally conscious farmers come together to sell free-range venison, chicken, eggs, goat's milk and mushrooms from the Grand River area. All of the products are quite popular, but their chicken burgers sell like wildfire. They are organic, but not certified. 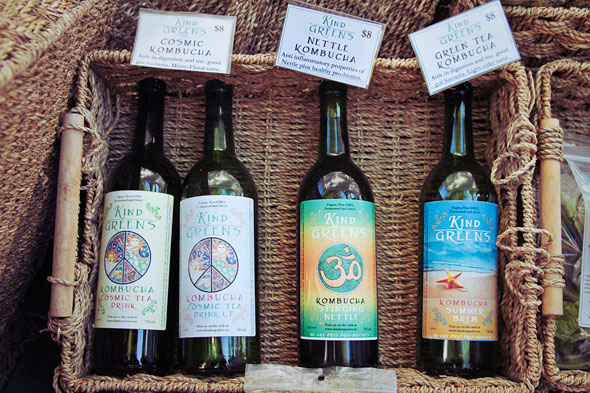 Kind Organics
Kind Organics has a booth so green, you could mistake it for a field. This Newmarket farm sells certified organic sprouts and organic greens that are currently going through the certification process. They sell a wide variety of salad, with the Cosmic Blend--containing edible flowers--as a standout. They also sell kale chips, kombucha tea, tinctures and chaga mushroom powder. 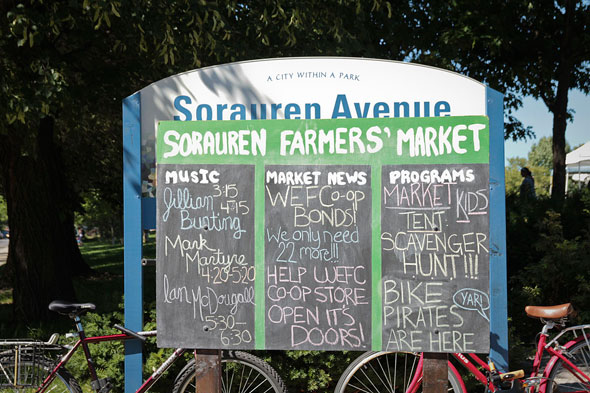