The bustling East Lynn Park Farmer's Market draws a crowd of local residents on Thursday afternoons. Kids with painted faces and armfuls of fresh veggies follow their parents along the 10 or so booths belonging to area farmers. Live musicians entertain, shoppers relax in the grass, and the Kids' Corner usually offers activities such as storytelling or sing-a-longs. The market runs from 3 p.m. until 7 p.m., from June until the end of October.

Here are some of the vendors that make up the East Lynn Park Farmer's Market. 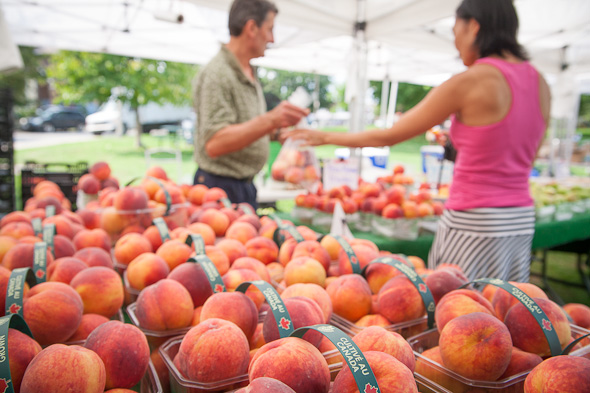 Loffredo Fruit Farms
Matteo and Angela Russo bring tree-ripened peaches, $8 each, and other fruit from their farm in St. Catharines. But these two offer more than the products from their orchards: "I'm known as the pie and the peach lady," says Angela. Her homemade fruit pies sell for $10 each. 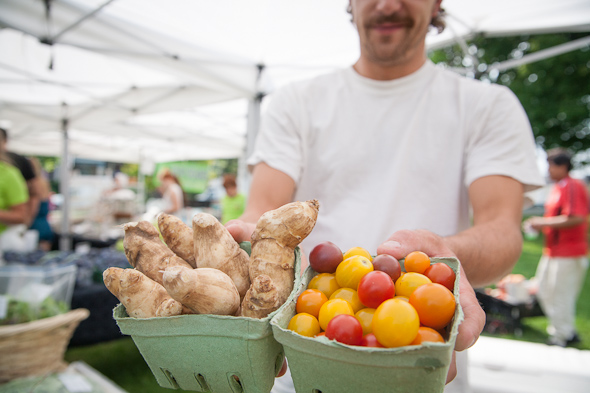 Godelie Family Farm
This family farm in Otterville grows an assortment of fruits and vegetables, including standards for a hearty meal: sweet corn, potatoes and beans. Shoppers can also find strawberries and 75 cent zucchini. 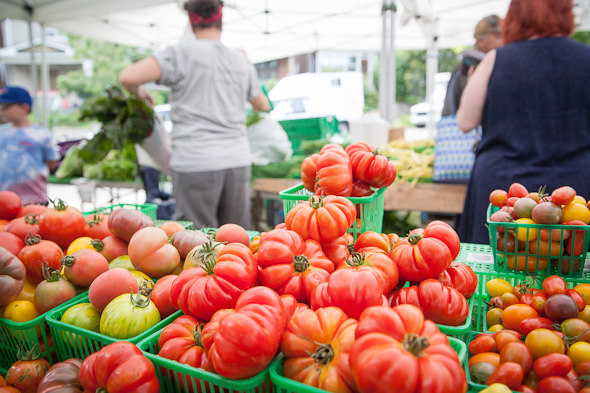 Bosco Farms
These Waterford-based farmers sell a colourful variety of produce that ranges from cantaloupe to onions and carrots. They also sell harder-to-find produce such as zucchini flowers. 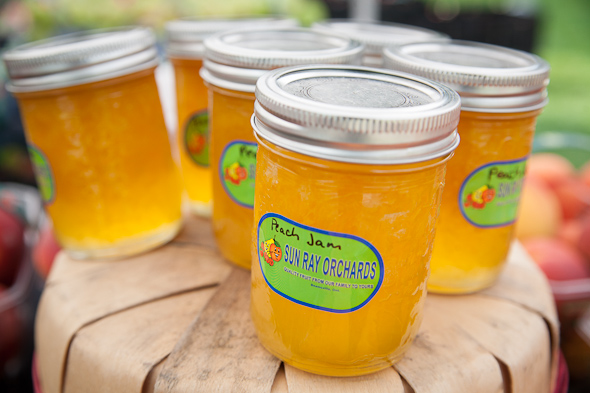 Sun-Ray Orchards
Peaches were all the rage as these fruit farmers from Beamsville sold their first batch of the season in late July, along with strawberries, blackberries and raspberries. They also bake homemade pastries that come in creative combinations like chocolate-raspberry muffins and peach-blueberry pie. 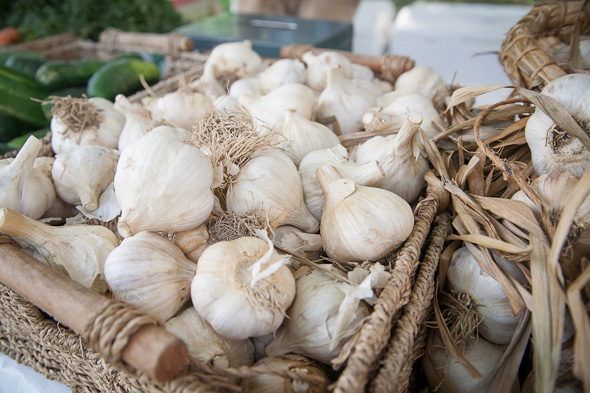 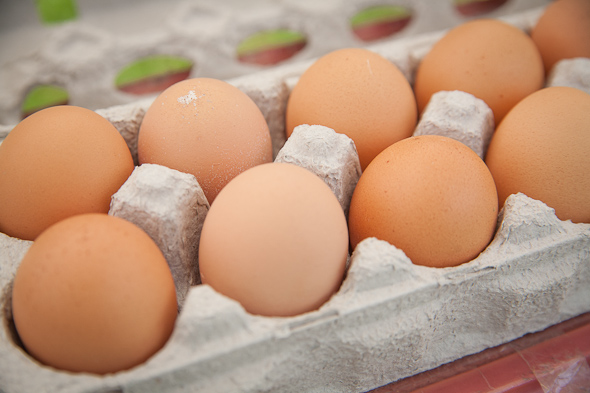 Bees Universe
Bee products including pollen granules and, of course, honey, are available from this Innisfil farmer. Bees Universe also sells free-range chicken eggs and quail eggs (a known delicacy) each at $6 a case. 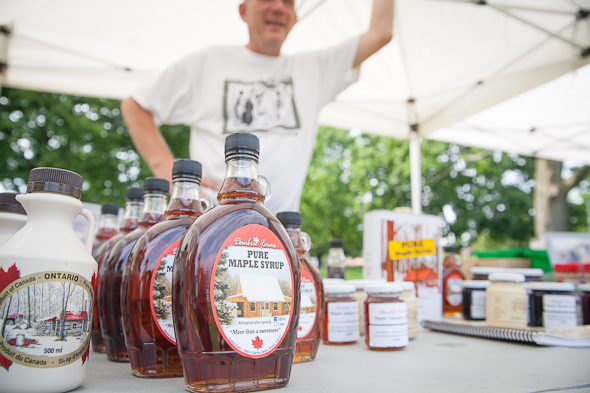 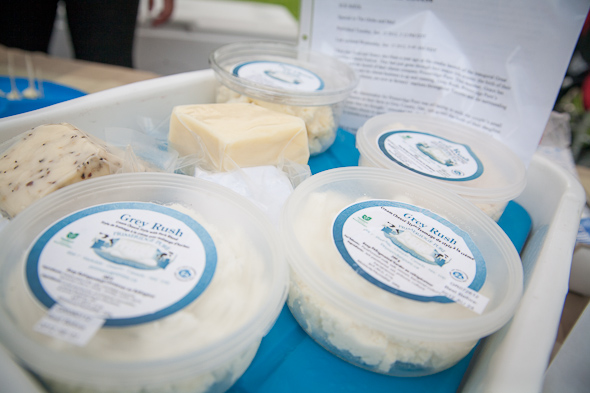 Primeridge Pure
This specialized vendor from Markdale sells artisanal cheese and various flavours of cream cheese, including hot chilli pepper and their most popular, the aromatic herb blend, which costs $7. 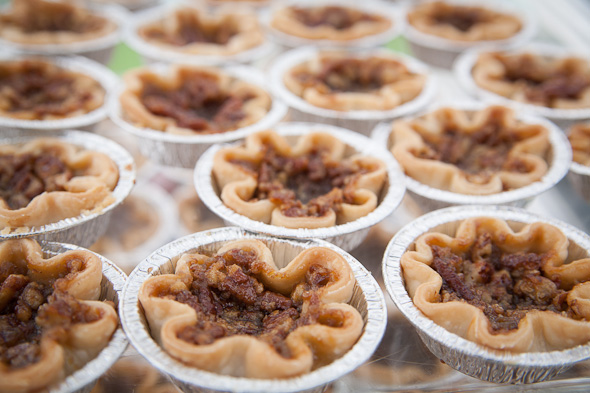 Lazy Daisy's Café
Lazy Daisy's Café brings its local, all natural food from Gerrard St. East to East Lynn Park. The café offers a selection of its cookies, tarts, and packaged salads among other treats, all based on the season's harvest. 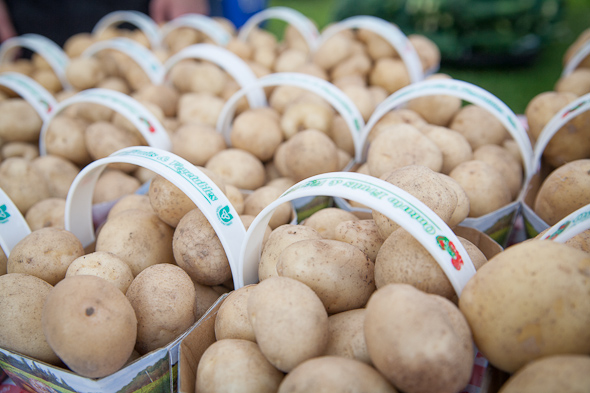 O.K. Farms
O.K. Farms from Waterford runs a colourful booth with yellow and blue plums and plump raspberries among its produce. The year's first pick of apples was on offer near the end of July along with its vegetables, including 13L containers of sweet peas for $10, potatoes, and garlic. 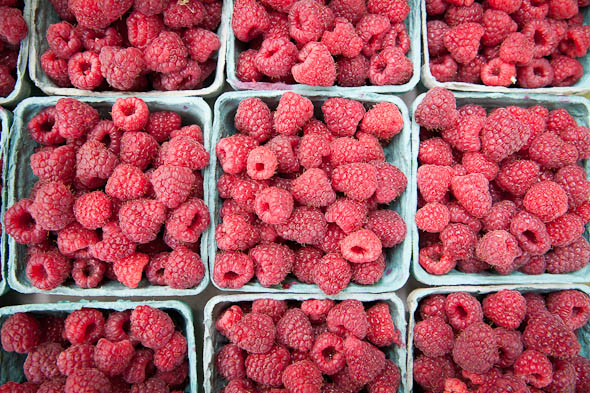 Belanger Organic Farm
Along with its meat and produce, this Hillsdale farm sells hearty meat pies at $16 for the large size. These farmers sell lamb and beef that's advertised as organic, and which is raised on feed that the farmers grow themselves. Their produce includes garlic, onions, sweet corn -- and raspberries for dessert. 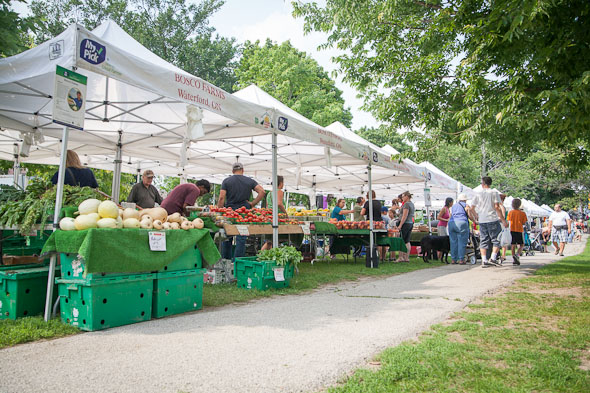 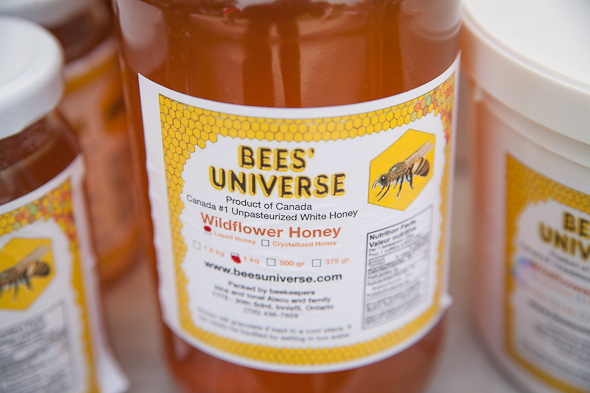 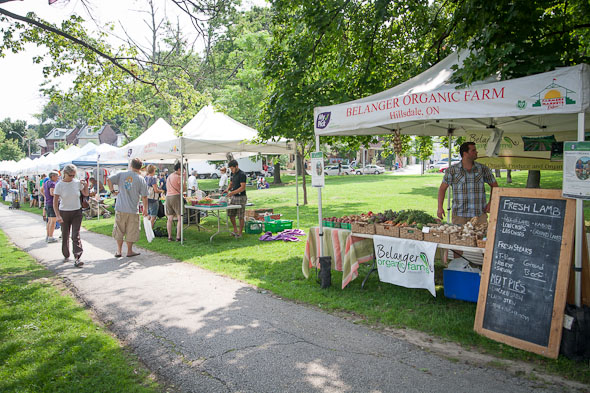 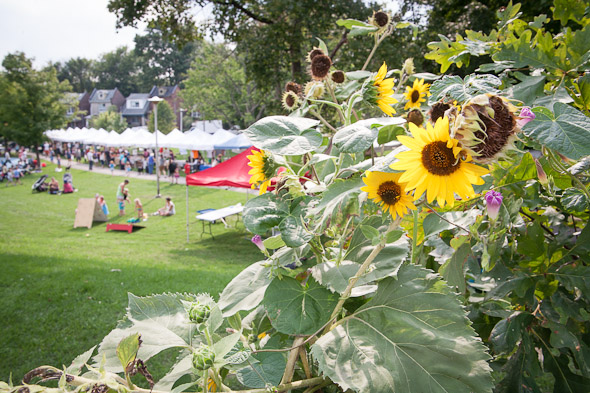