Maypole Dairy produces its ice cream for countless parlours throughout the GTA and beyond. "Last month," plant manager Jamie Groeneveld says, "we probably shipped out 22,000 tubs. That's 22,000 of our 11.4-litre tubs, I should say."

As even a layman can recognize, that is, indeed, a whole lot of ice cream. I've personally come across Maypole ice cream at plenty of shops and cafes all across the city; from Eagles Nest on Dundas, to Barton Snacks in the Annex, to way over at Tom's Dairy Freeze out in Etobicoke.

Actually, to say "out in Etobicoke" is somewhat misleading, since Maypole produces its 130 (or so) flavours from its production-only site on Fordhouse Boulevard in Etobicoke. Yes, sadly for me (and others in the area), there's no retail scooping done here, but I catch up with Jamie anyhow to learn a bit about the Maypole process. 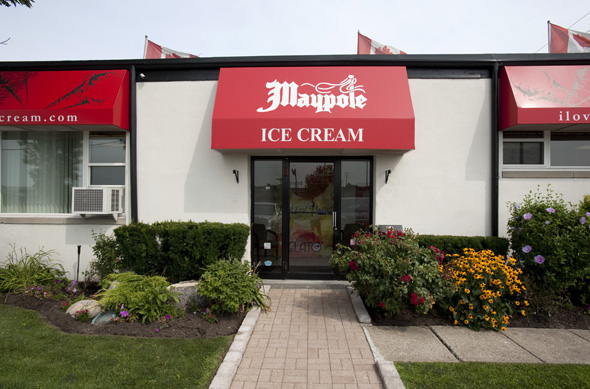 "This is a family business," he tells me. "It was started back in the '50s, and is still in the same family today." Richard Hayhoe was the man who got Maypole off the ground back then, leaving his family's tea company to open up a factory on Dundas Street. His daughter Louise and her husband, Blair Sinclair, took over the business a little over 20 years ago and still oversee operations today.

"We have our basic flavours — the chocolates, vanillas, peanut butter chocolate, those types of things," Jamie says. "And then there are our signature flavours — Caribou Tracks is probably our most popular."

Jamie adds that Maypole currently produces a few no-sugar-added varieties and a dairy-free mango sorbet, and that the team is looking to introduce more specialty flavours. "Every year we launch about five or six new flavours," he says. "Often, we'll look at trends. For example, Red Velvet Cheesecake was a new one we did this year." 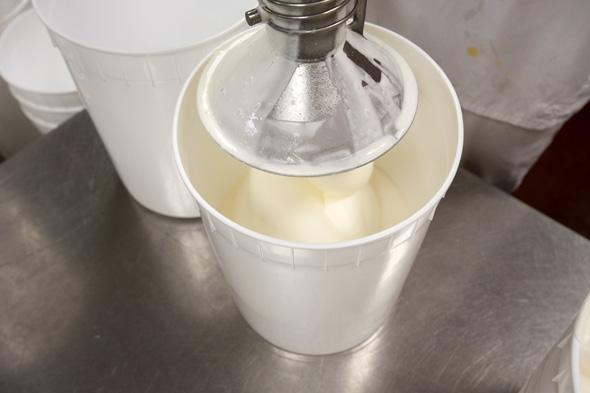 Maypole also works with individual clients to create varieties catered to certain cuisines, such as its green tea and ginger ice creams, as well as a corn and cheese flavour (?!) that's currently in the works.

Next, Jamie walks me through the production process, which is a lot more "mad scientist" than "Willy Wonka" (as I so naively was hoping for). "We use vat pasteurization," he says. "It's a slower process than most of the bigger companies use, and we make our ice cream in smaller batches."

Jamie explains that while big brands might pasteurize their product at 80 degrees Celsius for 25 seconds or so, Maypole's process goes for a full 30 minutes at 70 degrees Celsius. "It's basically for product integrity," he says. "The result is a smoother, more caramelized flavour." 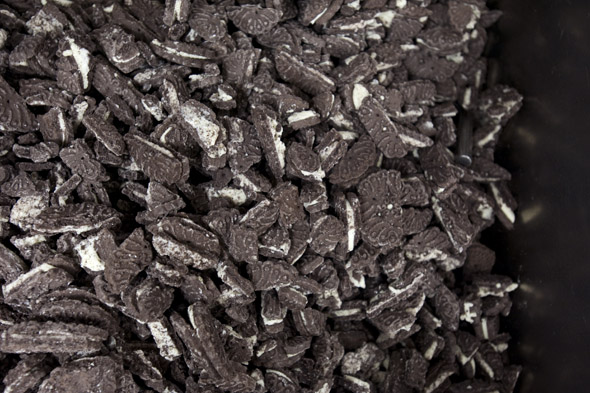 The not-yet-ice-cream then goes from 70 degrees to four degrees in about a minute on something called a "plate chiller," eventually moving to tanks to age for a few hours where extracts and flavourings are added. Then it's through the ice cream machine — from four degrees to minus five — and past the "fruit feeder" wherein candies, fruits, and nuts are added.

Jamie offers a vanilla sample right off the machine and I find it has an incredibly smooth and creamy consistency, almost akin to soft-serve. "It takes about 24 hours to harden the way you'll find it in a parlour," he says. 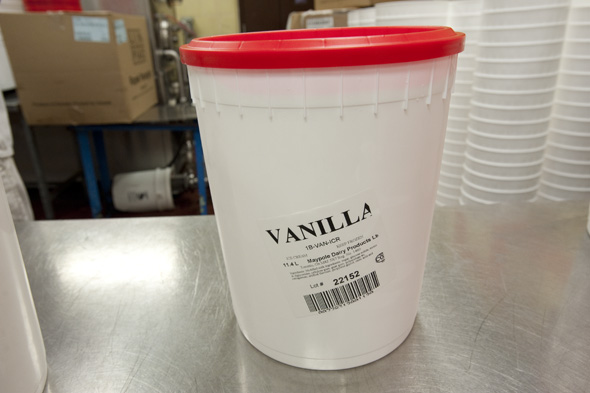 Before leaving, I ask Jamie if there are any plans for Maypole to open its own flagship ice cream parlour. "You know, we've just always though we'd stay out of that," he says. "We have enough customers that we wouldn't want to open somewhere and start infringing on their space. Ice cream can get very territorial."