Chippy's new sandwich pairs fish with a donut (sort of)

Chippy's has been a Queen St. fixture for over 10 years, and is not exactly known for innovation--and I don't mean that as a slight. They bank on the quality of their fish, the simplicity of their preparation, and, according to Chippy's owner John Lee, their commitment to remaining trend-averse--"we've always been doing the exact same thing, and we don't change direction with the trends." It takes a commendable degree of self-knowledge to stick to your strengths. 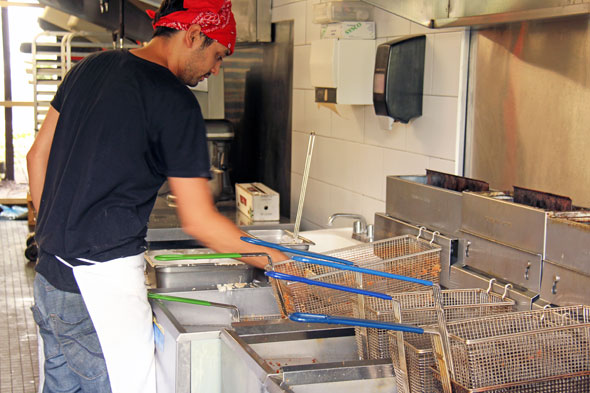 However, after Chippy's re-opened, fresh from their recent renovation, there was something new on the menu. The playful sandwich, dubbed the Double Dunk, sees two pieces of Acadian sturgeon, which is then slathered in Guiness batter and the highly-addictive house-made tartar sauce, and paired with red cabbage coleslaw.

Sounds fairly run of the mill thus far, no? Then, the whole thing is sandwiched in a donut. Perhaps that word is misleading--it's not an unholy marriage of fish and sweet, powdered sin (although that might be something to pursue, quietly, in a kitchen somewhere), but rather deep-fried dough. 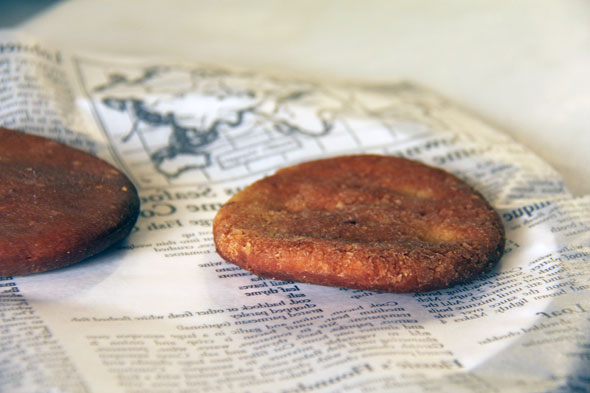 "It's been many years in the making," Lee says, then is quick to correct me. "It's actually not a pastry dough" (ergo not a donut). "Everyone's trying to do a fish taco or a fish sandwich right now. We tried every imaginable bread-sourdough, rye bread, kaiser, hot dog--but as soon as we fried it, it became a grease sponge," Lee tells me. The bun is more closely related to pizza dough than any donut, and it owes its miraculous anti-grease properties to the presence of yeast--the bread rises in such a way that it forces gases out as it fries, generating a bun that's crispy rather than oily. 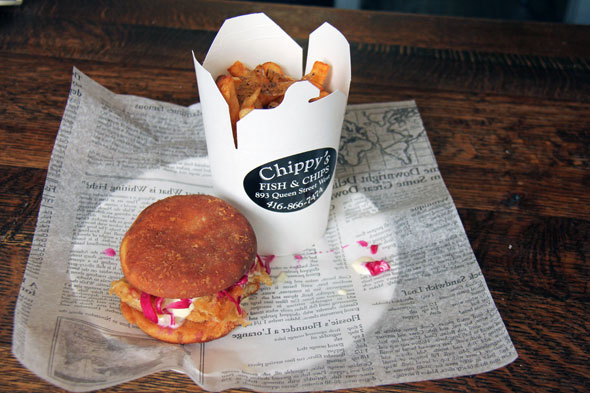 On paper, it sounds dangerously decadent, but in reality, it's a well-balanced sandwich. No single flavor steals the show, and I was left (as promised) with the dough's crunch. At $9, and arriving with a hefty portion of hand-cut fries, it's a curiously delicious new option.