Inside Queen B Pastry

Queen B Pastry has found success with four simple, gluten-free recipes. There's the fan-favourite - the flourless, butterless, chocolate walnut cookie. There's also the maple oat and toasted almond cookie, the matcha almond muffin, and the orange olive oil and sea salt muffin. That's it. Yes, they're seemingly straightforward (and strictly gluten-free), but these four baked goods have earned Queen B Pastry counter space at countless cafes and shops across the city, including Dark Horse Espresso, Jimmy's Coffee, Pusateri's, and McEwan, to name a few.

While the Queen B name has garnered notoriety across Toronto as a famed producer of the deliciously gluten-free, the husband and wife team of David and Kim Fisher keep their production modest. They work quietly out of a 1,000 square-foot lower-level space on Carlaw, only employing Kim's siblings to help them fill their orders and never before opening up for an interview. 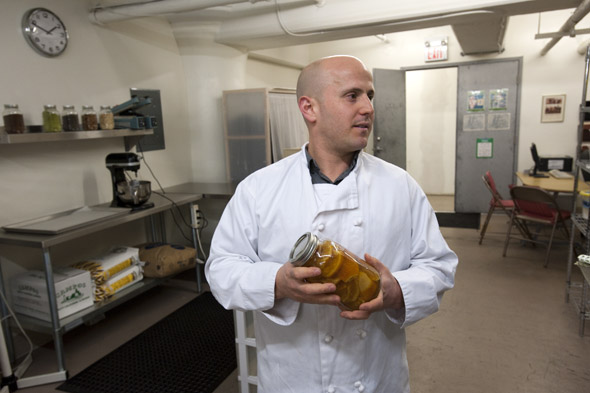 "My wife has the background in pastry," David says as he leads us down a short flight of stairs to their production area. "She's the real baker here."

David and Kim met at OCAD several years ago, after which Kim went on study pastry at George Brown. She worked at catering companies once she had completed the program, though always looked ahead to opening her own business. 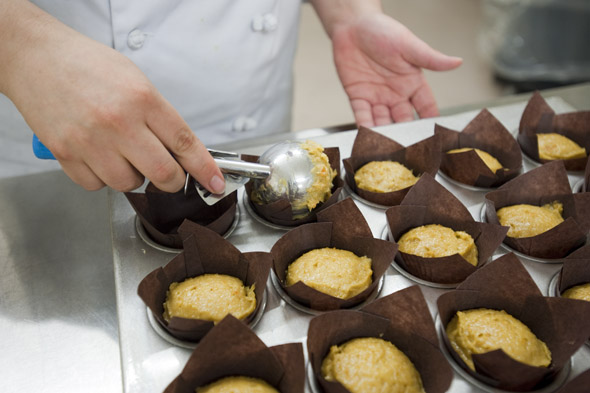 It started with the flourless, butterless cookie, says David, which Kim perfected for her niece who has a gluten allergy. They made the decision to venture out on their own in the fall of 2010, and David went out, cookies in tow, to find clients who were willing to sell their products.

"I started with Dark Horse," David says. "And the owner said she'd give them a shot. Once we got into the first place, it was easier to find others." 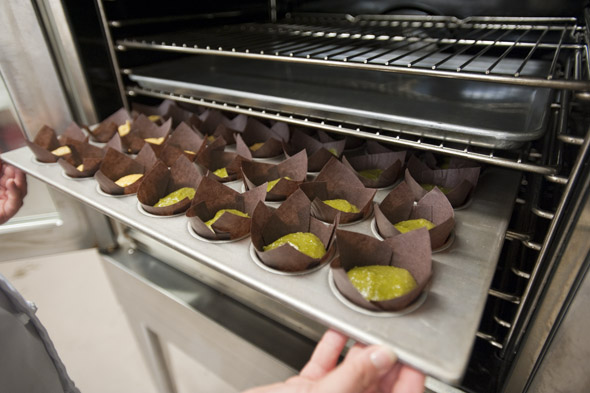 Kim and David say they deliver their muffins and cookies to about 20 different shops throughout the GTA each week, pumping out thousands of incarnations of their four recipes. All of their baked goods are made using a single mixer, a single oven, and only recently with the help of a cookie press.

"It can be tough doing everything ourselves," David admits, "but we're really focused on ensuring the best quality possible." That means a commitment to premium ingredients, including matcha powder from Japan, homemade candied oranges, dark-grade maple syrup, and a "Queen B" custom flour mixture of brown rice, chickpea, teff, and sorghum flours. 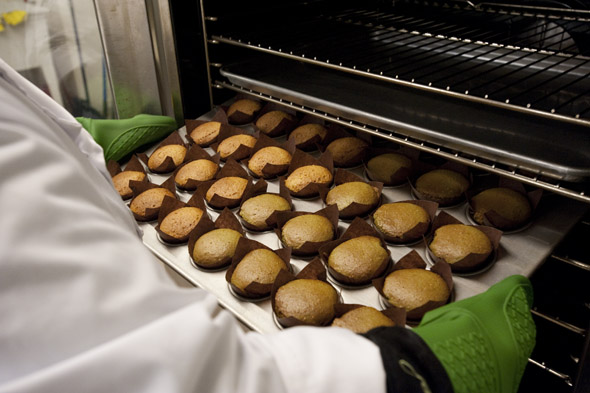 Queen B, which got its "B" for Kim's maiden name ("Plus, she's the Queen B around here," David quips"), will soon add a soft chocolate chip cookie to its roster (to be dubbed the "Blondie"). Kim says they're also looking to develop a line of superfood-infused baked goods, as well as a few products made with sugar alternatives. Their hope is to find distributors who can sell their products to an expanded list businesses, but as we wait for the oven to ding so Kim can remove the muffins and slide in the cookies, it's clear that if that were the case, Queen B would need another oven. 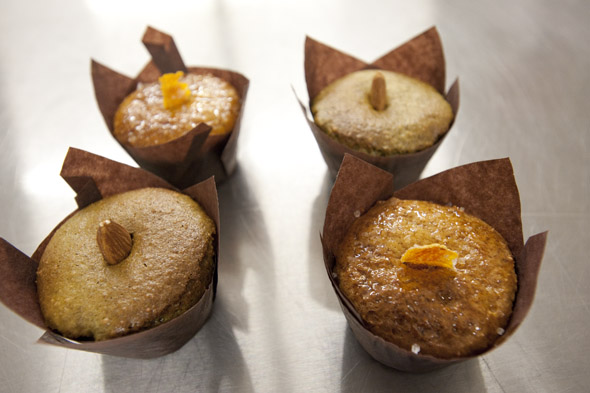 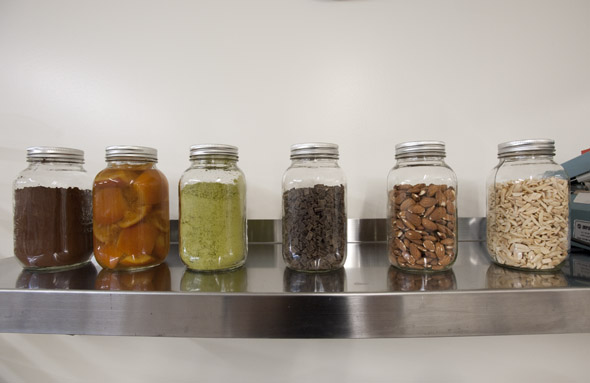 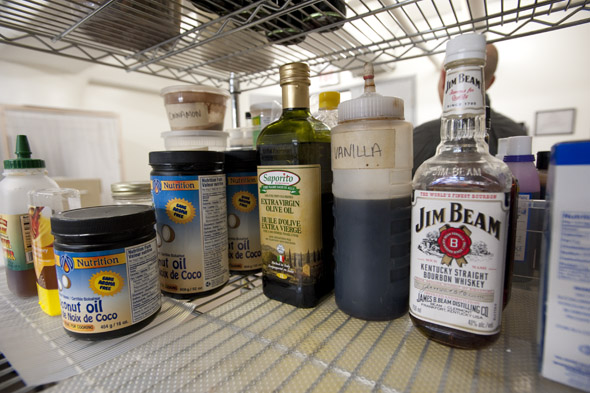 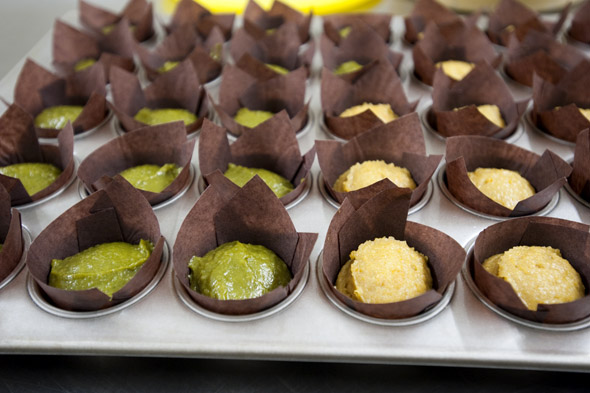 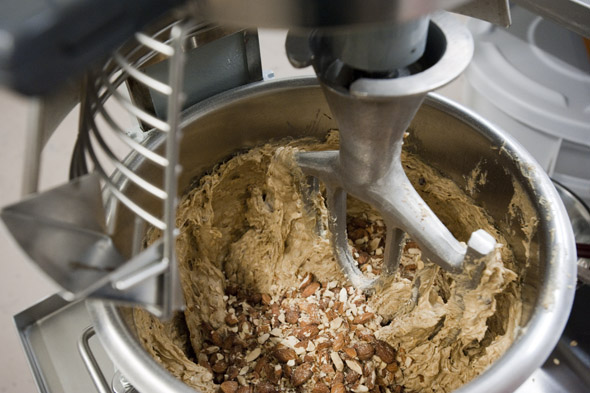 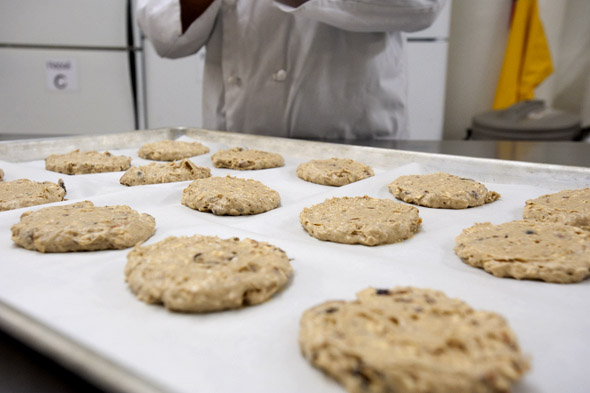 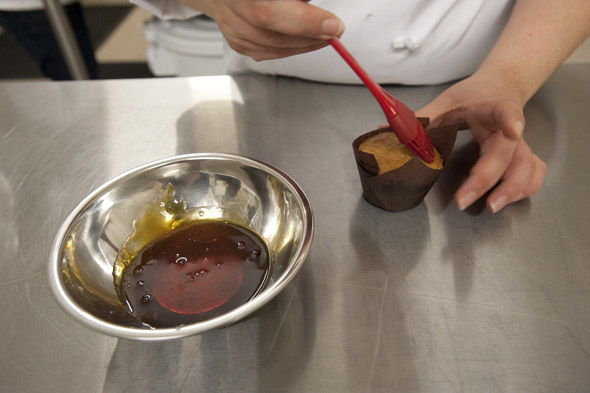 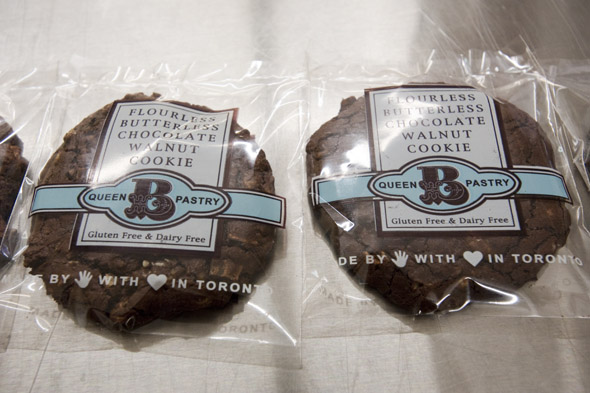