Kensington Brewing Company gets ready to bottle its ale

When Brock Shepherd started the Kensington Brewing Company in April 2011, he probably didn't think his product would be in over 20 Toronto restaurants and bars before the year was out. And yet, as the owner of the fledgling local brewery begins to bottle his popular Augusta Ale next week, that's precisely the situation he finds himself in.

Shepherd is part of a growing community of Toronto craft brewers that includes the soon to open Indie Alehouse, in addition to Bellwoods Brewery, Junction Craft Brewing, Spearhead Brewery,
the might-only-exist-in-social media Parkdale Brewery as well as the planned Saw Dust City Brewery and Hogtown Brewers, to name but a few.

As of next week, Kensington Brewing Company will look to expand on its growing popularity when it becomes available by the bottle in approximately 20 Toronto bars and restaurants. Among those bars scheduled to give Augusta Ale a try once it becomes available by the bottle next week are Keriwa Café, Cafe Belong, Opera Bob's, BQM, 416 Snack Bar, Torito, Supermarket, Arepa Café, Grapefruit Moon, The Local, Moonbean Café and La Société.

The achievement is all the more impressive when one considers that Shepherd got the idea to start his own brewery just eight months ago. "It's been a steep learning curve," he notes. But he admits he owes at least some of his success to Toronto's close-knit brewing community. Shepherd began Kensington Brewing Company by collaborating with brewmaster Paul Dickey of Cheshire Valley Brewing. "It's very a collaborative community," he says. "Very open." 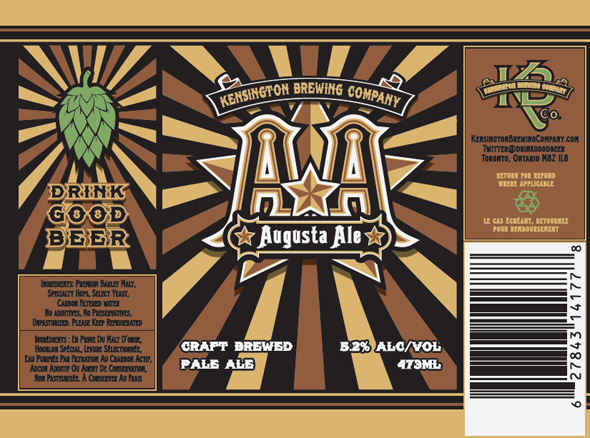 Because smaller brewers like Kensington Brewing Company don't have the space to host large-batch brewing facilities they are reliant on a concept that's fairly unique to Ontario, that of contract brewing. "Other provinces don't seem to get it yet." Shepherd says. "'Contract brewing. What's that?' But it's really working here." Contract brewing is basically the practice of smaller brewers leasing the right to make their beers at larger companies' facilities. Shepherd and Dickey, as well as other Toronto brewers, use the facilities and the guidance on hand at Black Oak Brewing Company in Etobicoke.

And it's actually contract brewing that drives a lot of the sense of community for local craft brewers. They are essentially reliant on the same resources. "I popped by Black Oak a few weeks ago for a meeting and [Brewmaster] Sam [Corbeil] from Sawdust City was picking up some hops because the guy who sells hops rents space there too. It's totally a community."

Shepherd still plans on converting the rear of his restaurant, Kensington Market Burger Bar into a small brewing facility; however, the size of the space will only lend itself to small batches and possible one-offs so, like other small brewers in Toronto, he'll still be reliant on larger facilities as he continues bottling Augusta Ale and looks to start selling it in cans in the coming year. 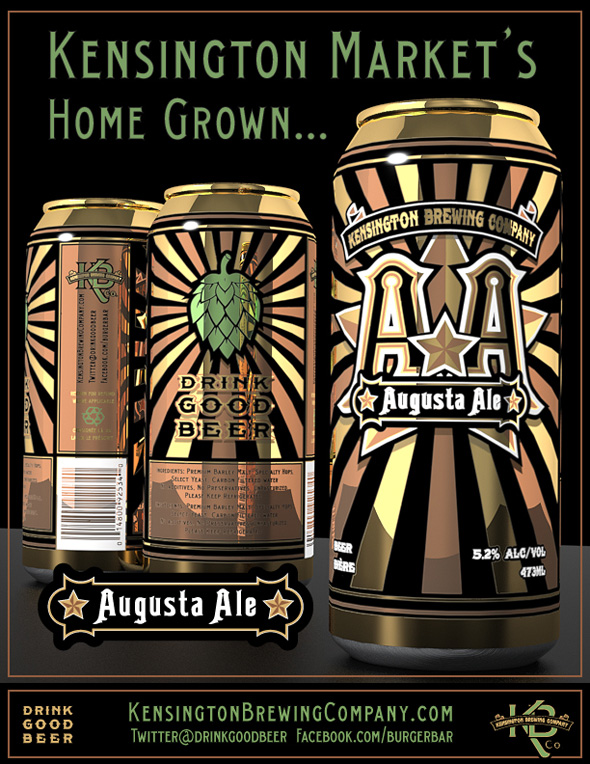