Lowbrow Highball shows us how to run a cocktail club

Lowbrow Highball is a unique alternative to Toronto's drinking scene. The once-a-month amateur cocktail club created and hosted by foodies and friends Beth Palmer, Jen Quinlan and Adam Kohn offers original cocktails paired with finger foods, all loosely based on a theme for the month. The premise is simple - email invites are sent out to the club's mailing list, and the first 30 people to respond (and agree to a suggested $20 donation) will find themselves loading up on ballsy concoctions and paired snacks at a communal loft space in Brockton Village on the following Tuesday night.

Prior to cocktail time!, as their email invites announce, the trio communes to experiment with, dissect, and perfect their drinks. "We're not bartenders, and this isn't a bar," Kohn laughs, admittedly. "Just a few friends getting together with some experimented cocktails and snacks." 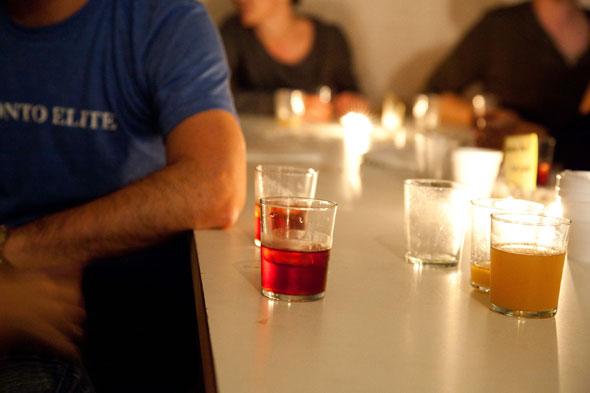 And, although loading up on boozy beverages is not what you would normally expect to be doing on a Tuesday night, think of it as an educational experience in the art of amateur mixology. The ingredients to each of the three featured drinks is scrawled loosely on the blackboard in their kitchen space, and guests can saunter in and see their libations being created.

"We chose to host these events in the middle of the week so people don't think of this as a place to hit up on the weekends and get loaded," explains Kohn. "We just wanted to create an intimate space for people to come together, experience some great cocktails and food, and just have fun." The idea behind Lowbrow Highball was an alternative - not competition - to the plethora of drinking experiences already available in Toronto. 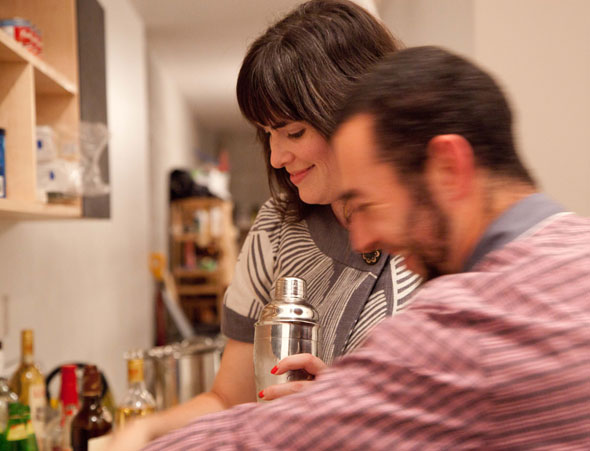 And although the idea of a limited guestlist for their events sound akin to the elitist high end cocktail clubs, Kohn assures it is not because they want to maintain exclusivity, but because their current space is limited. The N/A Loft, located behind Lula Lounge on Dundas West is a communal space for graphic designers, artists and musicians alike, rented by Kohn for Lowbrow Highball's once-a-month gatherings.

The September edition of Lowbrow Highball saw a trio of rum-based drinks loosely revolved around a Caribbean Theme. The aptly named Light 'n Sunny was a refreshing start to the evening, ending in a bit of a kick with an added hint of Sriracha sauce.

The Lennox Lewis Rum Punch, was a jug-based drink, which featured the tropical flavours of pineapple and passionfruit, but definitely packed a punch with the overproof rum. "This will knock you out if you aren't careful," warned Kohn laughingly. "Don't drink this too fast."

The evening ended with Christmas in St.Croix - a cocktail heavy with rich, deep, flavours of blackcurrant and orange bitters. In between servings, guests nibbled on finger foods designed to pair each of the drinks whilst carrying on the Caribbean theme - a peppery Pepperpot Soup, spicy Jerk Sausage, and (Cinnamon-Raisin) Bun and (Cheddar) Cheese. 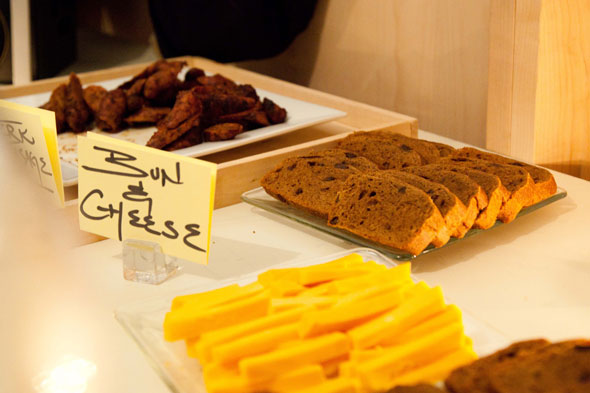 And what's in a name? "We're all about puns," Kohn laughs. "Lowbrow means keeping it on the low. Highball makes you think of cocktail glasses." Lowbrow Highball - a name as uniquely mixed as the libations they offer.