Junction shop makes the best hot dogs in the world

When you think of Iceland, you're probably more likely to think of vacation killing Volcanoes or that singer who wore a swan before hot dogs come to mind.

Those who have made the voyage to the sparsely populated, wildly isolated and McDonalds-less country all come back with tales of intensely beautiful geography, nightless summers and...hot dogs? Iceland's capital Reykjavik is indeed home to what is supposedly the worlds best hot dog at dockside shop BĂŚjarins Beztu Pylsur, or literally, the best hotdog in town. They are so good in fact, none other than Bill Clinton himself dropped by to try one as you'll find proudly mentioned in any google search of "Icelandic Hotdogs" you can find. 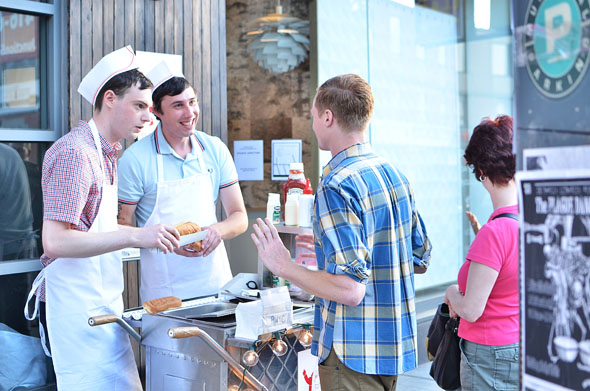 The Baker clan, made up of married Mjolk shop owners, Julie and John and brother Frank, decided it was high time for Toronto to experience famous Icelandic hotdogs and set up shop for one night only during the Junction Design Crawl on Friday night.

John and Frank stood decked out in retro style aprons and caps while a massive queue nearly a block long formed down the sidewalk. To recreate the experience, the duo imported the authentic condiments straight from Iceland. Special mustard, remoulade mayonnaise, ketchup, and the key ingredient, frizzled onions, were shipped in and nearly didn't make it after being held by customs for over 2 weeks. The hotdogs, normally made with lamb and boiled in Icelandic beer LAVA, couldn't be imported, so regular Canadian style dogs were boiled up in the specialty beer. 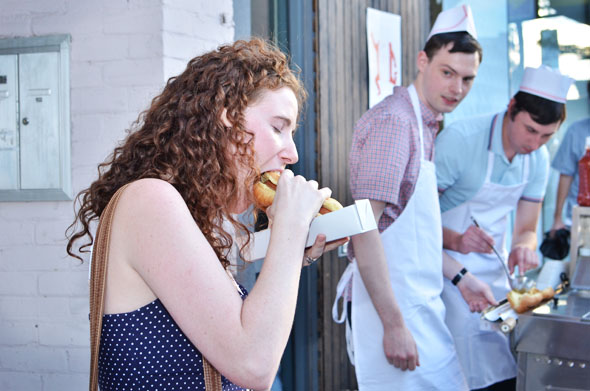 The crowd could have easily doubled as the "I've been to Iceland" club as nearly everyone I spoke to had already had some experience with the original famed dogs. Everyone raved about the originals and, even though these ones were made with wonder bread and regular hotdogs, they were a pretty great recreation of Iceland's favourite street food. 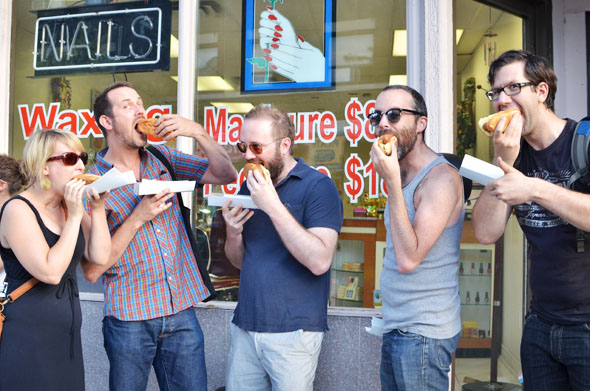 After two and a half hours and a couple trips back to the grocery store for more supplies, the guys sold about 200 Canadianized Icelandic hotdogs and would have kept going if the store didn't close. Looks like Toronto may be in store for more BĂŚjarins Beztu Pylsur next year. 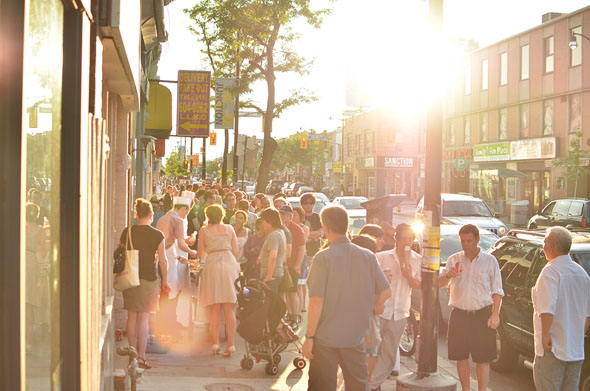