On day number four of our patio season preview, we switch gears slightly and abandon conventional patio past-times like getting wasted for activities that are far more exotic.

Shisha lounges have been growing in popularity in this city in the last few years with most of them concentrated either in and around the vastness of Little Portugal or East Danforth. Today's patio though, Markaz Cafe & Shisha Lounge, brings a little of that smoke to clubland.

Shisha is something that lends itself to patio dwelling quite naturally. Not just out of necessity because of the smoke, but smoking shisha is such a relaxing and social activity it's like the two were just made for one another. Now lets see if Markaz was made for it too. 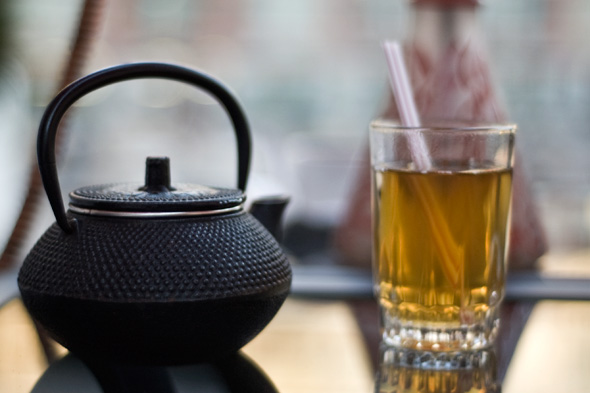 Who goes there
I can only speak in hypotheticals here, but imagine people who do not routinely and instinctively turn to alcohol when entering into social situations. People who, on a Friday night on their way home from work, do not automatically stop off at the liquor store to grab something for the weekend--whether they have plans or not.

Markaz, which does not have a liquor license, is for these people. People who for whatever reason, religious or otherwise, don't drink--or at least, don't drink that much. Of course, it's also for Toronto's increasing population of insatiable leisure-seekers who want options that extend beyond traditional bars and clubs. Finally, Markaz is for Shaquille O'Neal, because apparently he goes there.

Grub and Libations
I know he goes there because, as the story goes, on a recent visit he introduced the staff to a unique blend of shisha he calls "Guns & Roses" - a sort of floral, mint flavour of herbal (not that kind) smoke that isn't on the menu, but you can order now that you're in on the secret.

And while you can't get a tipple at Markaz, the alternatives are promising; the Moroccan Mint Tea is worth writing home about and the mango lassies are guaranteed to turn heads as they're dropped off at the table.

Odds of scoring (a seat)
There is plenty of room here. On one side is a giant patio that could easily accommodate 40+ people; on the other, a smaller more lush VIP section capable of holding another 20. 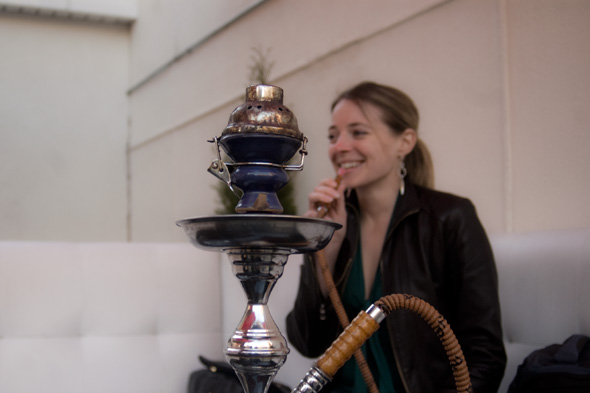 A view to a ...
At Markaz only VIPs get the view, but common folk need not revolt, it's a south facing view from a second floor on Richmond Street. It's not terrible, but it's certainly nothing you need to pull your camera out for--mostly lots of construction and billboards.

SPF recommended
The larger, back patio gets the sun. Think SPF 30 if you plan on spending an afternoon with a hookah. The front VIP area has lots of covering that blocks out most of the rays. You might even think to bring some bronzer to even out your tan in case Shaq walks in. 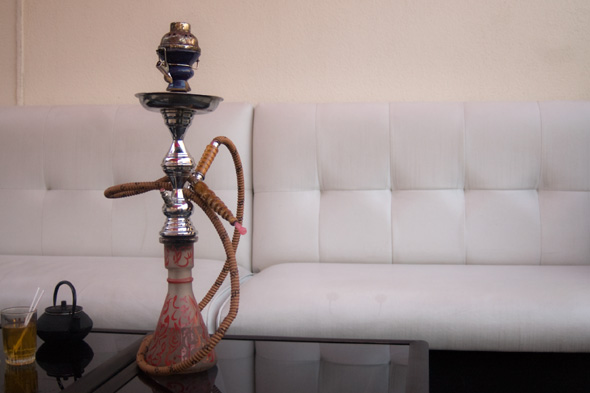 Overall Impressions
Markaz doesn't seem to be totally sure what it wants to be. It's open late and blasts dancey, top 40 music all through the patio, yet specializes in coffee, tea and shisha. Maybe I'm just not getting it, but sucking on a hookah and drinking tea is a relaxing experience for me, not the kind of thing I need a thumping bass for.

That being said, the tea truly is fantastic and I can fully recommend Shaq's shisha blend.