If I were a betting man, I'd be hedging them at any chance a rum and coke would be taking home any prizes at a mixology competition. Yet, on Monday night at Dolce Social Ballroom on King West, a rum and coke did just that.

Of course, Michelle Tham's version of the classic beverage was no ordinary rum and coke. Certainly not one of the syrupy sweet varieties dolled out by the dozen at lounges and dance clubs citywide. As far as rum and cokes go, this one is pretty unique. Tham used the super secret recipe - thought to be the actual recipe for Coca-Cola - that was recently leaked by This American Life as her guide. That's right: homemade, all natural Coca-Cola. 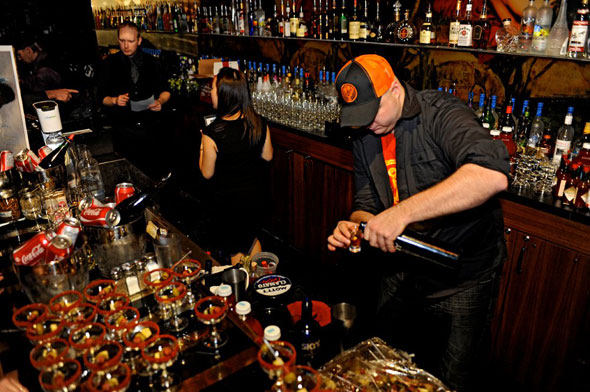 So how did it compare? Well, Tham's Coca-Cola replaces that saccharine sweetness in the regular stuff with a mixture of spices that really enhances the flavour. One of the benefits of a Cola that isn't quite so sweet is that the rum gets to play a bit of a sweetening role, blending really nicely in the final beverage.

Of course, Tham wasn't the only competitor here and competition was fierce. I've never been in a room with so many top-notch bartenders before. The level of creativity is something I don't even think I've seen in kitchens, never mind the front of house. There were maple lime Caesars with smoky bacon vodka, a tangy sour cherry punch with a Zubrowka bite as well as the audience choice: a spicy jalapeno, black pepper cocktail mellowed out with bright fruit flavours and served in a dragon fruit with dry ice. The last one, the other winner of the night, is courtesy of last year's grand champion Nishan Nepulongoda of Blowfish. 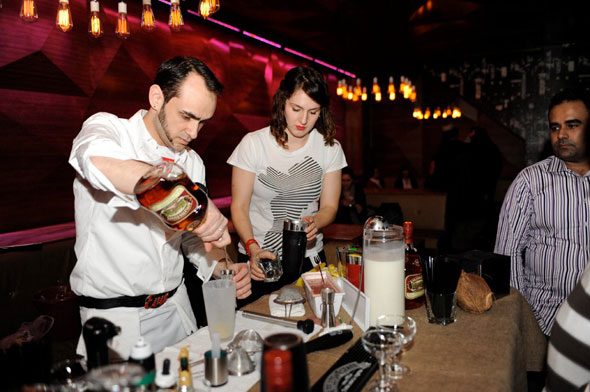 In all there were nine cocktails to sample, all of them interesting and unique themselves. The panel of judges, led by Thirsty Traveller Kevin Brauch, looked a little worse for wear by the end of the competition, but no one at Dolce was in any position to judge. Upon entry patrons were given ten tickets to sample, but it didn't take long for things to break down and somehow by the time I walked out I had more tickets than I started with - I can only imagine the treatment the judges would have received in comparison.

Strangely enough, the true champion, the one I'll give my own person first place to, was not actually competing. A team from Montreal, there to show off their skills, but not part of official competition created perhaps the best and most original cocktail I've ever had the pleasure of sampling. 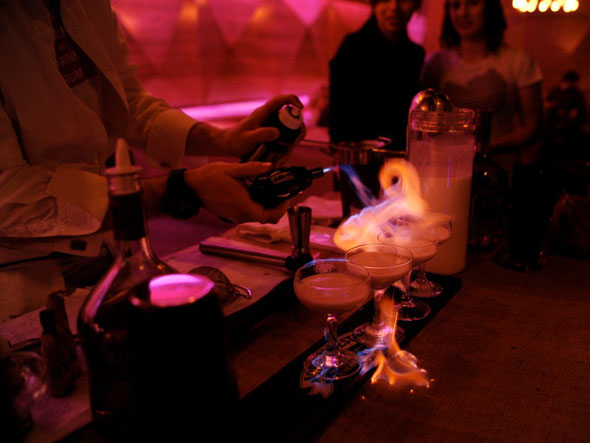 A sublime combination of white cranberry, Tulamore Dew Irish Whiskey, basil, orange peel and, wait for it - cigar syrup. This is exactly what it sounds like, a $60 Cohiba Maduro #2 cigar, torn up and simmered down into a not-so-simple syrup. It sounds gross I know, but trust me on this one it's a success. The final product has the richest, most fragrant-almost floral aroma. It's something I'd put on absolutely everything if it didn't require tearing up a $60 cigar to make it. This was the table to return to again and again when tickets stopped having any value.

The cocktail itself is a real example of perfection. It's exactly what a cocktail should be: balanced, unique, complex and cohesive. The secret to a perfect cocktail is finding that sweet spot where all the ingredients work together and kind of disappear into each other, so one is indistinguishable from the net. Despite being basically half whiskey, this cocktail achieves that. 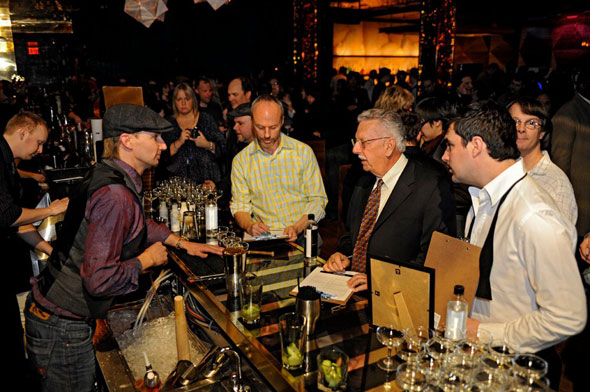 It's enough to turn you off beer altogether, although I must admit, I caught a peek of one of the judges nursing a secret Heiniken by the end of the night, the stong stuff must have caught up with him - poor guy.