The top 5 bakeries in East Chinatown

It may be smaller than the other Chinatowns in Toronto, but East Chinatown has its share of small bakeries that yield some quality bites to satisfy the peckish. Here's an overview of what to look out for besides the usual breakfast items. A note: although I have labeled this post the top 5 bakeries in East Chinatown, there are actually only 5 bakeries in the area, so they all make this list just for showing up. 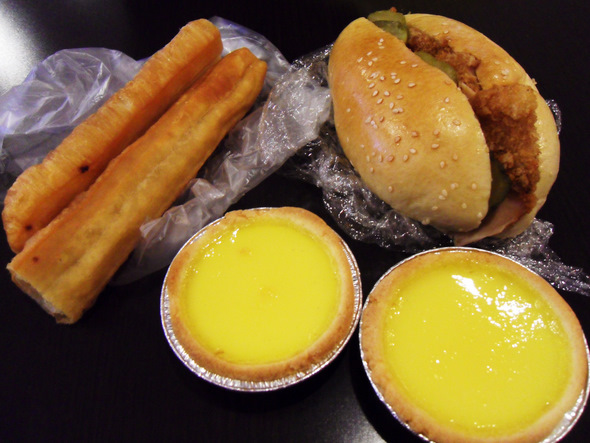 Phoenix Bakery (613-615 Gerrard East)
Doubling as a restaurant, Phoenix Bakery is known for their Chinese donuts ($0.70) which are often consumed with congee or soy milk as a traditional breakfast and are better described according to their literal translation as "deep fried oil sticks." The mildly salted kind is long and thin, whereas the sweeter ones more closely resemble your typically circular donut with a thin hole in the middle. But best are the egg tarts ($1 for 2) which put the many sad, dry, deflated looking ones sold elsewhere to shame. Even better, they sell both kinds with the puff pastry and short crust (my personal favourite). 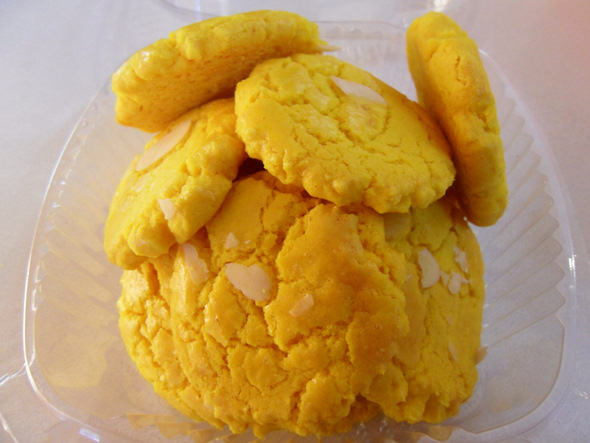 Top Bakery House (635 Gerrard East)
Top Bakery House is good for a box of mini almond cookies ($2) to go, selected from a wall filled with other variations such as butter and palm leaf shaped biscuits. I normally prefer soft baked cookies but these Chinese almond ones are light and airy and crumble nicely. Good for a tea time snack. 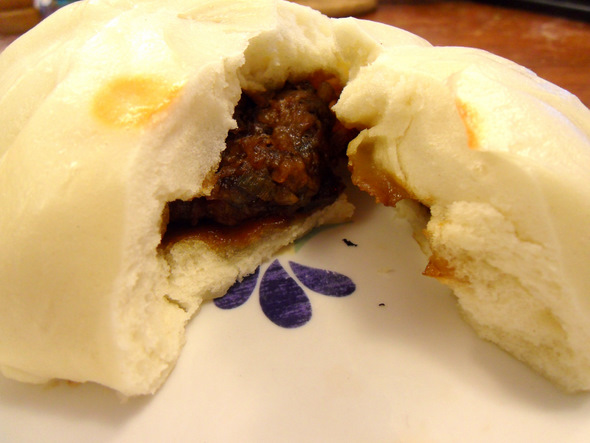 Fu Jia Le Bakery (360 Broadview)
Some might be confused why Fu Jia Le Bakery even bills itself as a bakery given its measly selection of pastries and much more varied hot food menu. To its credit though, it's the only one that keeps its steamed buns ($0.80) heated in a large, covered metal tray. The vegetable buns (which misleadingly contain meat) have tasty "mei cai" -a mixture of pickled Chinese mustards and cabbages that had been repeatedly steamed and dried to bring out flavor and a chewy texture. Combined with the meat, the filling is dark and juicy and leaves a nice coating of sauce inside the flour bun. 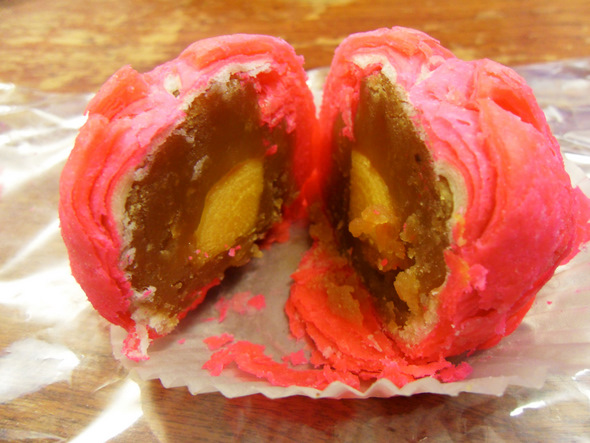 Tung Hing Bakery (353 Broadview)
Over at Tung Hing Bakery, the packaged pastries are disheartening. Good thing there's a display of assorted treats containing everything from nuts to sweet pastes made from sesame, red beans or green beans. The star attraction is the bright pink Lotus with Eggs ($.90) which is basically a moon cake on the inside, containing sweet lotus paste and even a small spot of dried yolk. Moon cake is traditionally eaten during the mid-autumn festival in September, but I'll be getting these unique goodies for some festive cheer when ChineseNew Year rolls around in February. 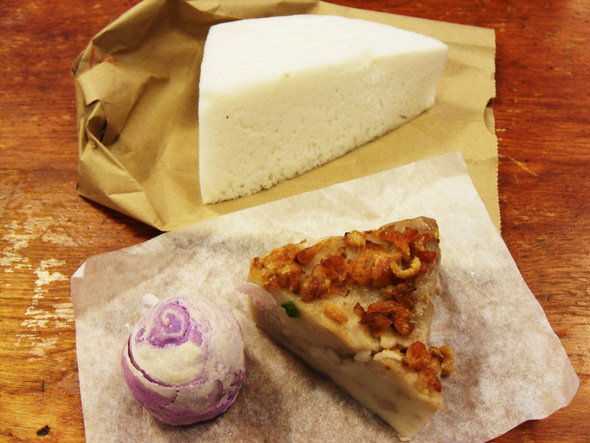 Miao Ke Hong Bakery (345 Broadview)
Miao Ke Hong serves milk tea ($1), a quintessential Hong Kong beverage that uses a mixture of black teas and evaporated or condensed milk. What I appreciate about this place is the owners always let customers specify precisely how much milk and sugar they want, and are even nice enough to exchange a drink if it's too sweet. They also sell taro and parsnip cakes ($1), savoury dim sum dishes made with rice flour for a soft and slightly sticky texture. The taro cake is topped with dried shrimp and scallion, and although too many of these pan fried fellows can feel a little heavy, a single piece makes for a satisfying appetizer before dinner.

Writing and photos by Victoria Wang