This past weekend I checked out the first of four Culinary Neighbourhood tours from The Harbourfront Centre. It's safe to say that most everyone appreciates Toronto for its rich multicultural fabric, and when it comes to food that means a whole lot of tasty possibilities.

Saturday's tour took me to Little India and with a group of about 15 fellow Torontonians. Luckily the weather was just finicky enough that we weren't rained (and hailed!) on the whole time.

Our tour was lead by Subbu Chintaluri. He heads up the Gerrard India Bazaar (the Business Improvement Area organization for Little India), which geographically covers the strip of Gerrard from Greenwood to Coxwell.

Little India started taking form in the early '70s when the India Centre and Theatre was built. The theatre attracted more and more retailers, grocery stores, and restaurants into the area. 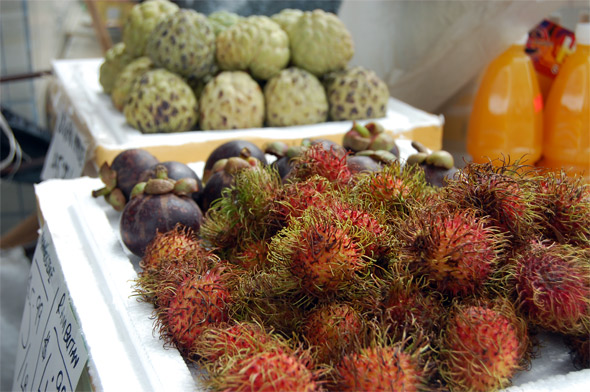 Today it's the largest area specializing in South Asian goods and services in North America, with over 100 shops and restaurants. Indian, Bangledeshi, Sri Lankan and Pakistani cultures are all represented in what is collectively know as Little India. 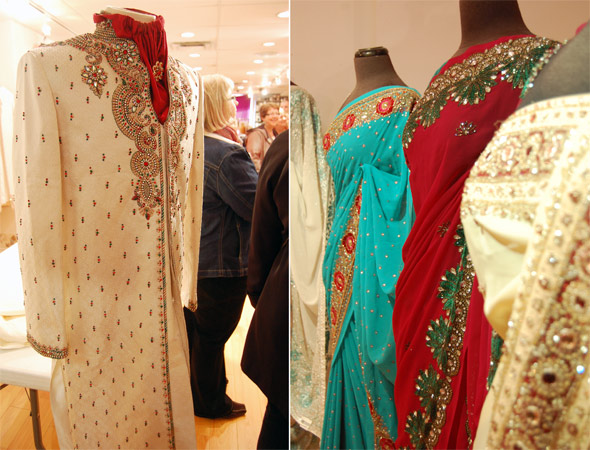 The tour started off with two quick non-culinary points of interest. We stopped in at Nucreation to admire the huge selection of Sarees and other beautiful handmade clothes they carry, and then popped in to Maharani Emporium, who carries books, religious statues, and musical instruments. 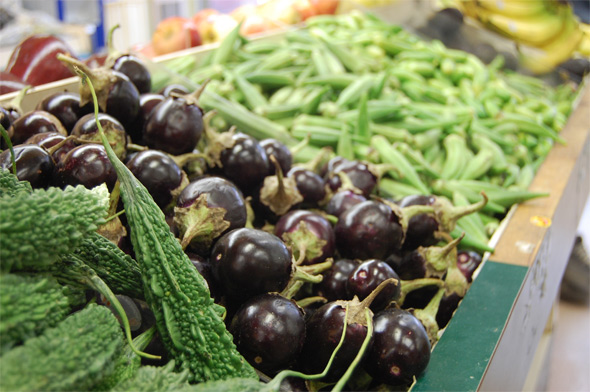 Next we visited BJ Supermarket, where BJ himself took us on a tour through the impressive selection of produce, spices, sweets and breads. The one thing BJ's doesn't carry is fresh meats. 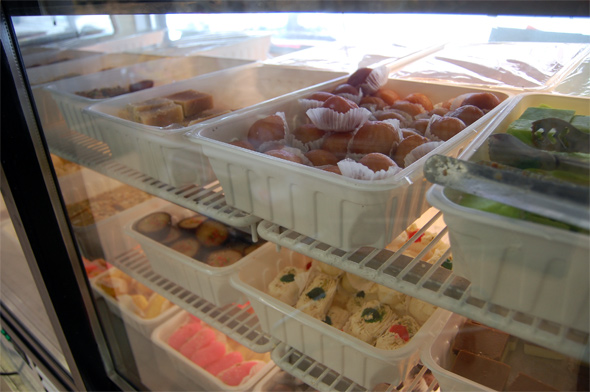 We made another non-culinary stop at Sona Chandi Jewelers. In terms of pure marketing, billing these tours as purely culinary is a touch inaccurate, but I will say that I found all non-food related stops interesting and a good way to better showcase the character of the neighbourhood.

By this point, I had worked up a rather robust appetite and was ready to eat some of the culinary delights that had been wafting out onto the street from shops and restaurants as we walked around. The group split off and went in smaller groups to five different restaurants: The Regency, New Haandi, 5 Spices, Famous Indian Cuisine and Skylark.

I landed at The Regency, a spot I had never been to before. To start we were given a mixed platter to snack on containing Seekh Kebab, Tandoori Chicken, Chicken Tikka Masala. It was served with tamarind and fresh mint sauces. My favourite was definitely the Seekh Kebab, but everything was well done. 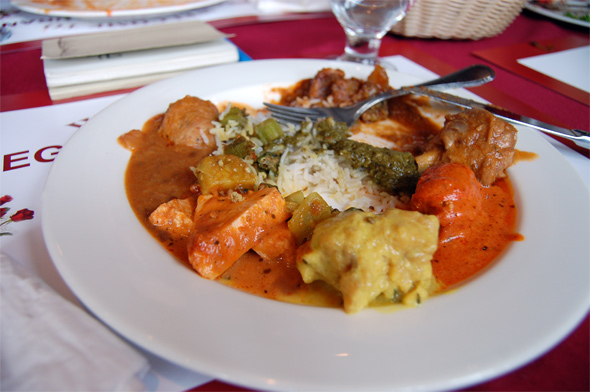 For the main course we hit the buffet, where I tried a bite-sized amount of nearly everything (for the sake of being thorough). As you can see in the photo, I dug in before remembering to take a picture.

The vegetable Pakora was wonderful, as was the Chicken Kofta, Shahi Paneer, Kadhi Pakaura, Dal Makhani, and Bhindi Dopiaza. 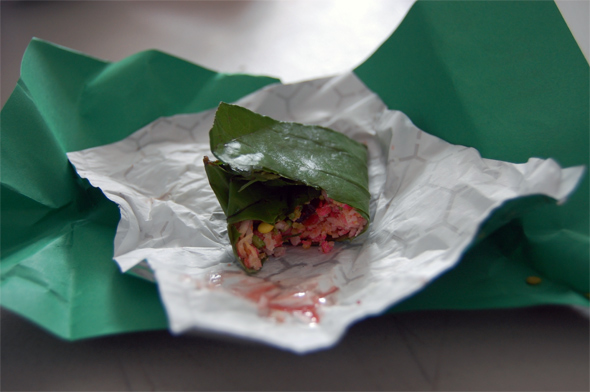 We met back up at the BIA office and finished our meal off with Paan, a traditional Indian chew usually eaten after celebratory feasts or other big meals to aid digestion and freshen breath. It is a bitter leaf (Betel leaf) filled with a variety of spices like cardamom and anise, rose petals, and coconut among other things.

Once wrapped you put the whole thing in your mouth and chew until the flavour dissipates and then you spit it out. It did ease my now full stomach and totally cleansed my palette for the next few hours.

The Harbourfront Centre offers a wide variety of community programming - from book clubs to glass blowing to Djembe drumming. They have beefed up their offering of food focused programs and in addition to the culinary neighbourhood tours they offer coffee and beer appreciation programs, and a film and food club.

Compared to years past, it seems the tours have been trimmed down a bit - my guess is because of larger groups. Having said that, the $40 is reasonable value for the money and affordable way to get a cultural cuisine crash course, whether it be a culture or cuisine that is relatively new to you or not.

Next Saturday the tour stops in Kensington Market with Chef Brook Kavannaugh of La Palette, followed by Chinatown (May 1) and Little Italy (May 8).