Celebrating the Day of the Dead At Harbourfront Centre

This past weekend the Harbourfront Centre hosted a festival in celebration of the Mexican holiday Dia de los Muertos or the "Day of the Dead."

The Day of the Dead (actually traditionally held over two days on November 1st and 2nd) is anything but depressing. It's generally a holiday meant for festive family gatherings and parties to commemorate those that have passed on, and has been celebrated in Mexico for thousands of years.

At the Toronto rendition, the Harbourfront Centre rocked out music, dancing, food, arts & crafts, and more in honour of the holiday. 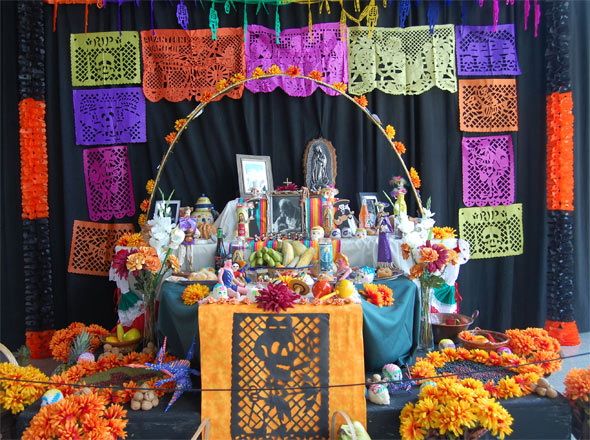 Before going to the festival, I didn't really know much about the Day of the Dead. After doing some reading I found that during the holiday celebrations in Mexico, families will often visit graves or build altars in their homes and put out "ofrendas" or offerings to help guide the dead souls back to them. 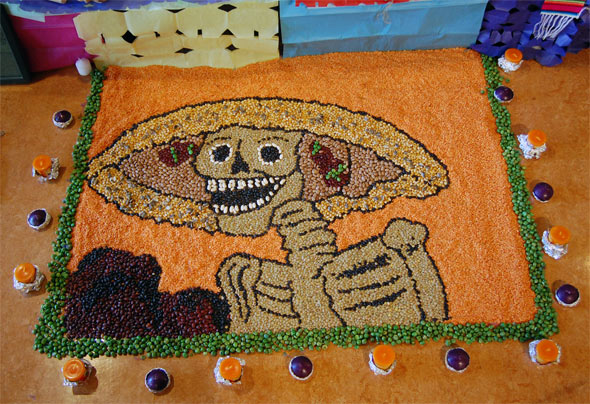 Happy memories and stories about the departed are shared among family and friends, and eventually all the food offerings are consumed by the living.

Name aside, the premise of the Day of the Dead is to celebrate life rather than mourn death. The festival here in Toronto, much like celebrations in Mexico, was cheery and light with brightly coloured flowers and streamers, food, music and dancing.

Having said that, the iconic images of the Day of the Dead are skulls, bones and Catrinas, which give it a distinctly creepy feel. I actually found this unique juxtaposition of the morbid and cheerful intriguing and enjoyable.

The festival, in true TO style, featured an eclectic mix of people. The festivities included cooking demos, live music and dance performances, ofrenda workshops, plus storytelling and arts & crafts for the kiddies. There were also yummy treats like sugar skulls, churros, tacos and pozole for sale. 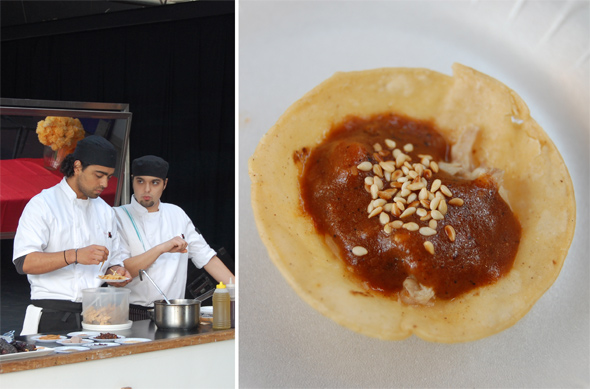 I checked out the cooking demos where two foods included in traditional ofrendas were prepared. First up Chef Luis Valenzuela from Torito in Kensington Market prepared mole pablano, which is a traditional Mexican sauce that he served up on chicken.

Chef Luis recently took over Torito and is extremely knowledgeable about their ingredients, their history, and the cuisine -- and the Day of the Dead. 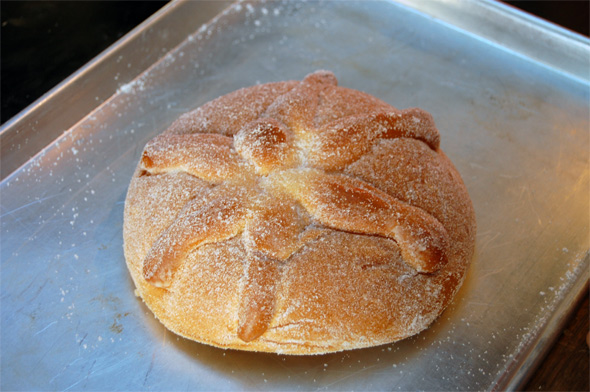 Next up was a demo from the bakers at Pancho's Bakery on Pan de Muerto, a traditional sweet bread. The decorative accents on top are meant to represent the bones of the dead.

The fact that this fun-but-sort-of-creepy festival was a free event made it totally worth checking out, if not as an occasion to soak up the unique culture behind this holiday, then as an opportunity to fill up on some authentic and tasty Mexican treats while bobbing along to a little mariachi.