International Chefs Day isn't officially until tomorrow (Oct 20) but this past crisp and sunny fall Saturday was when Toronto got to celebrate it at Yonge-Dundas Square.

For $2 or $3 apiece, chefs from across the city sold their culinary creations in celebration of their profession while supporting the non-profit Second Harvest. 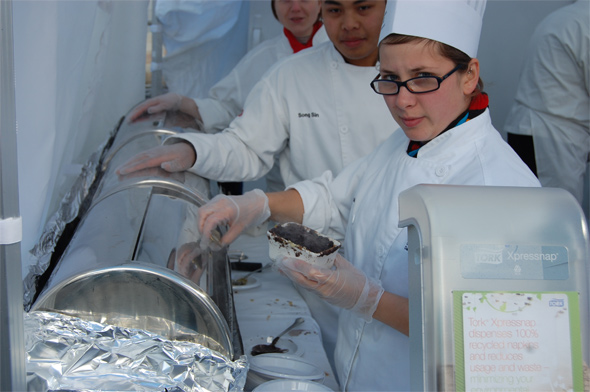 The event was hosted by the Escoffier Society of Toronto (an industry association for professional chefs and cooks) and was sponsored by Hellmann's mayonnaise. It had a strikingly similar format to the Second Harvest Toronto Taste event that I checked out this summer, but without the same selection and star-studded celebrity chef line-up. 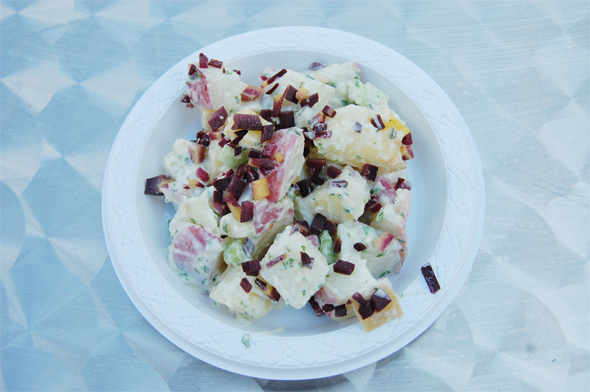 The goodies on offer featured Ontario ingredients and showed some seasonal flare. First up we had Ontario red & white potato salad with coloured carrots, celery, red onion and fine herbs from Chef Sara Harrel of The Veg Company.

Because I am all for mixing savoury with sweet, next we tried the Ontario pumpkin squares with whipped cream from Pastry Chef Ruwan Jayakody.

The sweets were followed up with a cheese course of Queso Fresco, Duro Blando, Campesino, Kumis, and Panela from Chef John MacKinnon of Dr. F.J. Donovan C.I. High School. A selection of Latin American style cheeses that were made in Ontario kept with the locavore theme of the day. 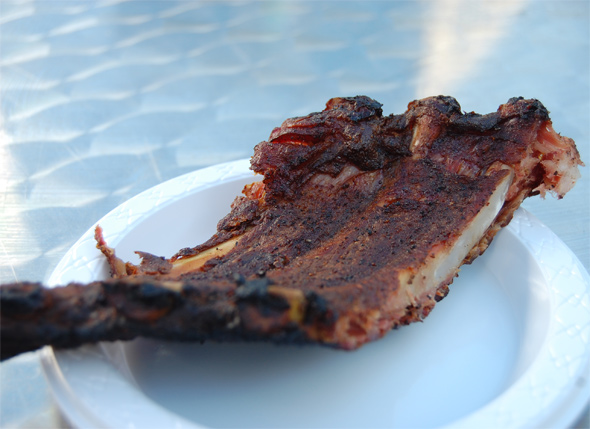 Pit Master Earl Whyte from Busting Loose BBQ was serving up slow smoked baby back ribs from Ontario's own Willowgrove Hill, and I chased the ribs with some pizza topped with Ontario veggies, Alberta ground beef and Canadian mozzarella provided by the executive chef of Aramark Bruno Elsier.

Chef Tim Belanger, President of the Escoffier Society was offering up twice pulled pork sandwiches, at which point I thought I had almost had enough to eat. 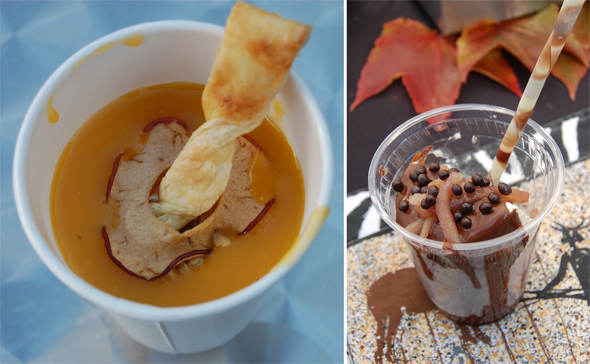 So I washed everything down with some fall squash soup with crĂ¨me fraiche and apple chips from Chefs Harold Ramos and Susan Bonghee from the U of T Faculty Club. My night cap was a flourless chocolate cake topped with Ontario poached pears, ice cream and hot chocolate sauce. 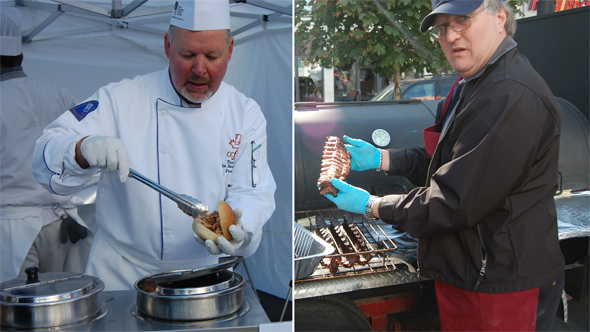 Maybe my expectations were too high, but all in all the food was lacking a certain "je ne sais quoi" that I was expecting from hardcore professional chefs. The concept is great, the venue was right, and who doesn't love supporting a charity while noshing?

The potential is there to make next year's event even better - perhaps a better representation of the diverse cuisine we have here in TO, perhaps an all day festival representing a larger cross section of the culinary talent in the city. Either way, cheap street eats that aren't hot dogs are A-OK in my books.