Foodies, Philanthropists and some local entrepreneurs all got together Friday night to rub elbows, grease some wallets, and help out some much-in-need Canadian Athletes from the CAN foundation. Add a healthy set of wine, beer and Scotch pairings to warm the rain soaked evening up, and some local delicious treats mingled in-between sips, and you have one well-rounded event. The charming historical Campbell House was the setting for the foodie-fueled fundraiser, its small intimate hallways and corridors proving to be a good way to get to know other guests quickly. 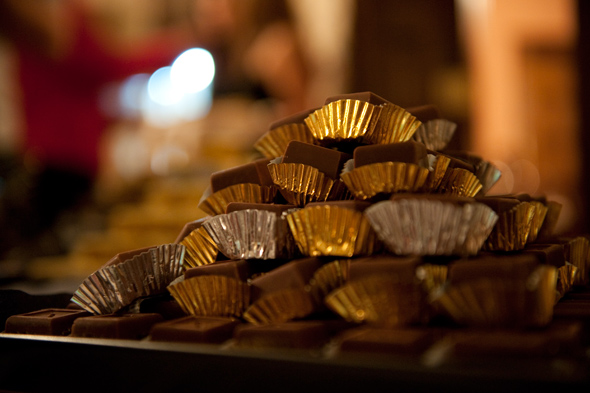 I was greeted by a cute, but slightly confused volunteer who mistook me for one of the staff, and a beautifully stacked table of newly launched Ontario BOKKX chocolates. Really, who was I to complain, I was the youngest person there by a long shot, and there was stacks of delicious chocolate near by to sooth my slightly bruised ego. After the mix up was settled, I parted with my rain jacket and umbrella, rolled up my sleeves, and dove into the event with a mouth full of chocolate. 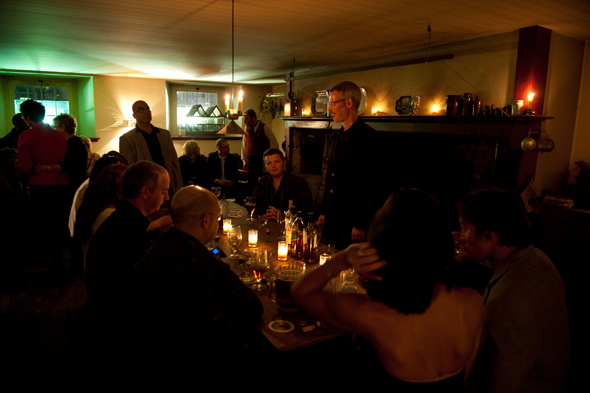 Starting in the candle lit bowels of the house, I was directed to the dimly lit, wood lined beer room, that was quickly filling up. Kevin Brauch, the fiery little muffin from the Thirsty Traveler was already there, educating a small assembled group on the four rare English Ales brought into Canada for the first time. He would later judge the pairings of the night with his quick witted tongue that burnt like the scotch I had just downed.

We started with the lightest of the set and quickly ducked into the next room where the first of four pairings was just beginning. The eloquent Stephen Beaumont standing in the dark, wood fire lit room, guided us through a brief history of the beer and scotch, and then showed us the proper technique to get the most out of a pairing (not the same unrefined method i had been using up until now, which involved drinking it straight from the bottle).

Then, raising our glasses together, we sipped and smelled our way through the complex set of peat, chocolate, smoke and licorice flavours. It was quickly beginning to feel like I was in some sort of strange modern day "boys club", as I looked around at the sea of black suites and even blacker cocktail dresses. I half expected someone to pull out a tobacco pipe and monocle, which, in my opinion, would have been amazing. 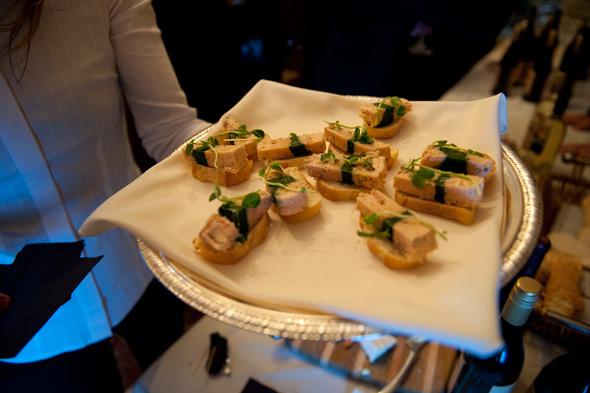 Quickly feeling the effects of beer chased with scotch, I was grateful when the first of many servers arrived. The fare served up by The Monks Table chef Kevin Beall was excellent and well matched to the alcohol heavy event. Quail eggs wrapped in bacon, deep fried to crispy perfection and topped with a beer aioli paired well with the English theme of the evening. Some lighter fare, including fresh salmon and spinach pate on lightly toasted crustini, and delicate crab cakes served with cucumber aioli were refreshing on the palate, and provided much needed relief to my now alcohol soaked stomach. 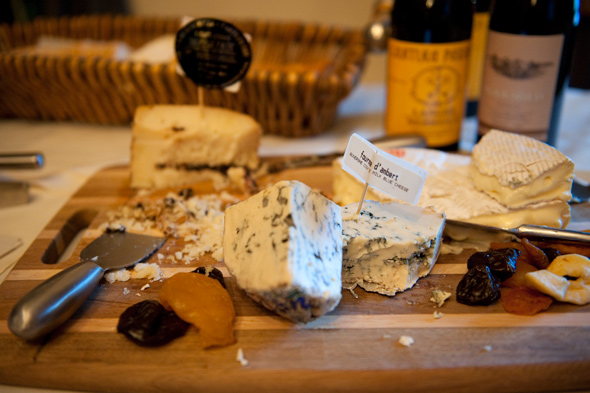 As the bottom of the house started to fill up, I decided it was a good time to escape upstairs to the top floor, where the first set of wine and cheese was being served up. I immediately spotted Leslie from Alex Farms, sitting next to the lovely Josee Chouinard, who was there to lend some Celebrity bling to the event, and whom I now realized, was the same lady standing beside downstairs. Had I just been sipping exotic imported scotches and ales with a celebrity? I tingled all over.

After doing a quick tour of the upstairs rooms, Leslie grabbed me with a bottle of wine in tow. We settled down to nerdily gab about recent cheese scandals, and gossiped about local food celebrities while nibbling on the selection of fantastic local and imported cheeses she had brought.

The evening was a huge success, and with a packed house getting only more packed, I reunited with my rain jacket and umbrella and headed home, with the realization that I had just drank a weeks worth of scotch with a celebrity, and managed not to make a fool of myself. Job well done.