The Hot & Spicy Food Festival brought its mouthwatering 12th edition to Harbourfront Centre this long-weekend, as many gathered to enjoy some treats with heat. While some of the festival's mouthwatering aspect was partly due to the vast quantities of delicious eats, it mostly stemmed from the oh-gosh-my-mouth-is-on-fire-and-head-is-about-to-explode dishes the festival is known for.

Upon arriving at the festival, I found myself walking into the best part of a cooking demonstration: the samples. In this particular case, Chef Ryan Smolkin of Smoke's Poutinerie concocted a curry chicken poutine.

For $2 it was possible to get a decent sized sample, which was mildly spicy while having gravy that was surprisingly sweet. Alas, it would probably have been a dish I would have deemed delicious enough to attempt making for myself (albeit with something along the lines of McCain's frozen French fries) had I made it to the actual demonstration. 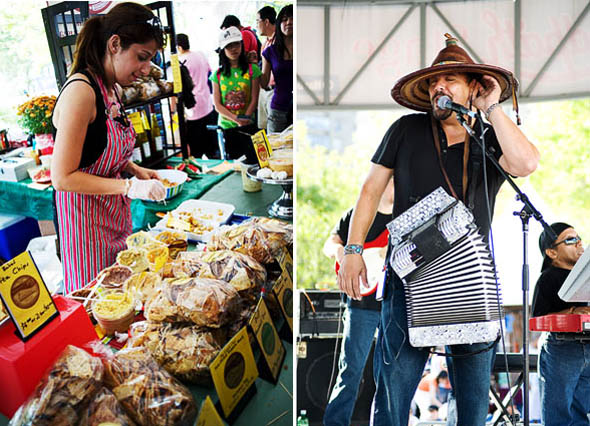 Things were off to a good start, and only got better when I wandered over to the Red Hot Marketplace. I can think of no better place to be on a warm Sunday afternoon than a tent full of samples galore. With sauces ranging from chocolate chili to hot strawberry jelly to spicy hummus, there was a little fire for everyone. 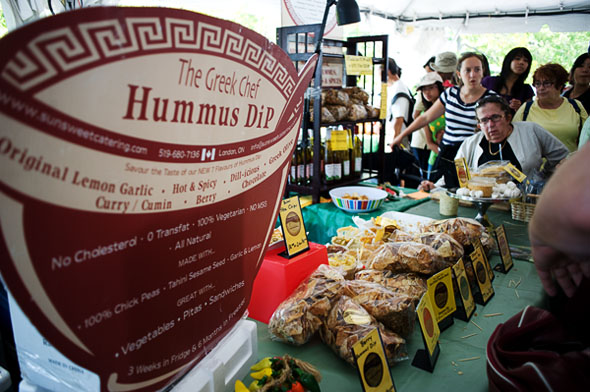 Among the sauces that made it back home to my kitchen cupboard was Jake Albert's Fuego Rojo. This Pomegranate Habanero is initially sweet, but finishes with a fairly spicy kick. I was promised that it was surprisingly good on ice cream, which sounded way too interesting to resist.

So I bought myself a bottle and cautiously drizzled it on some vanilla ice cream as soon as I got home. I then handed the bowl off to an unsuspecting ice cream lover and after the initial coughing and sputtering was over, we reached the consensus that spicy ice cream is actually really good. 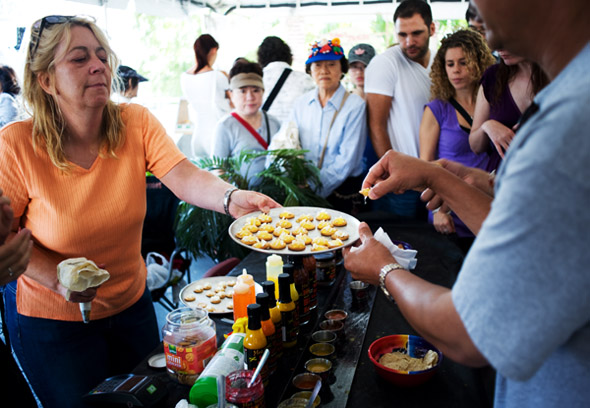 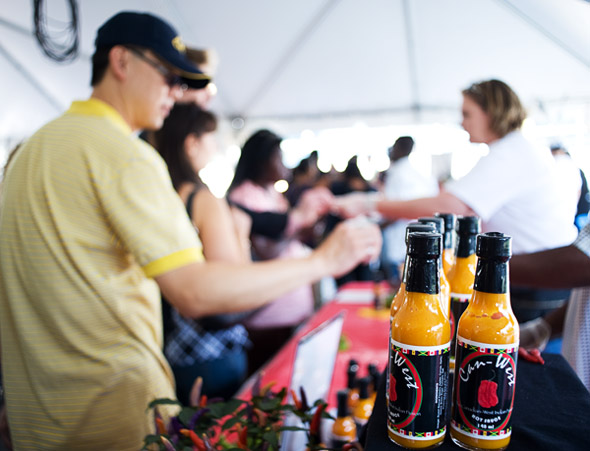 I also managed to get my hands on a bottle of Can-West hot sauce, which combines Canadian and West Indian ingredients including apples, carrots, and of course the hot peppers. I'll admit I don't have the highest heat-tolerance, and it was one of the sauces that didn't make my tongue feel like it was disintegrating.

When I was finally able to tear myself away from the food, it was only to enjoy the Grammy-award winning 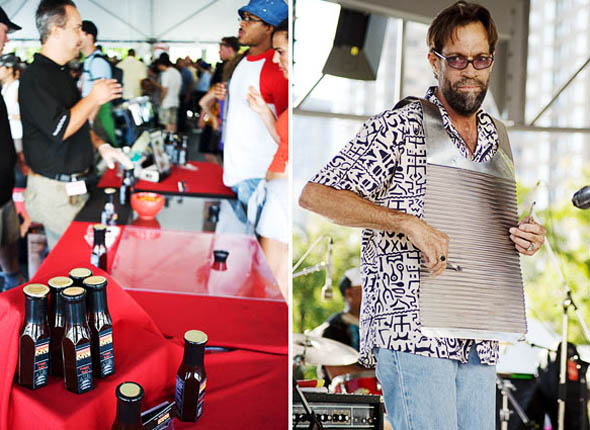 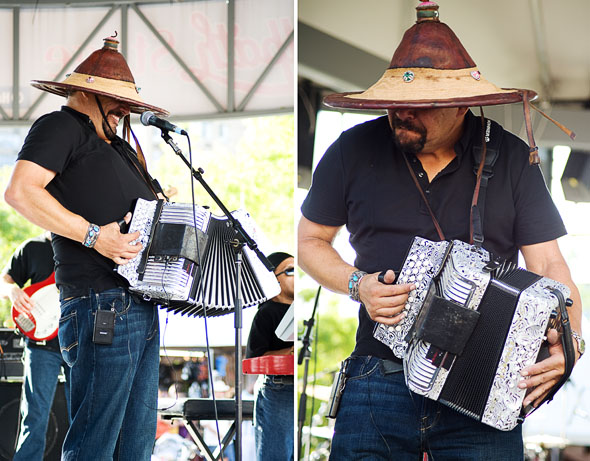 artist Terrance Simien. His enthusiasm was contagious and he had most of the crowd jivin' on the spot. 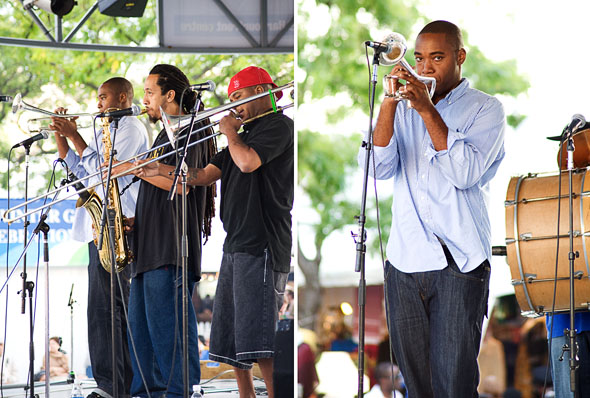 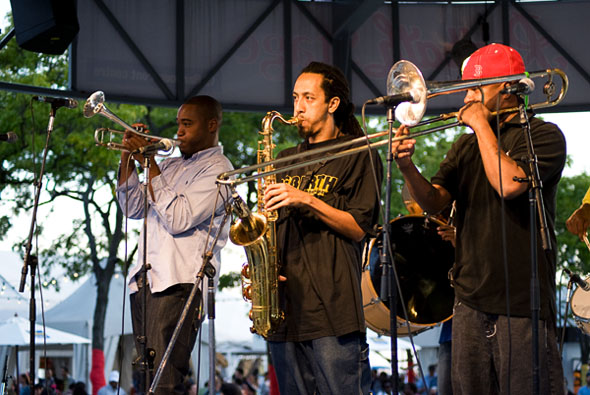 With appearances by Irma Thomas, the 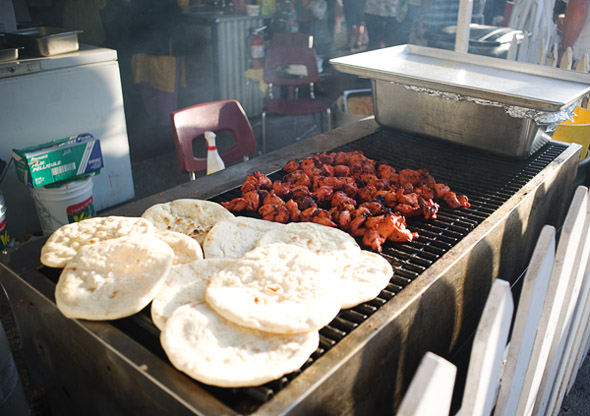 Rebirth Brass Band, and countless other talented artists, there was a constant stream of things to see, hear, taste, and do. This year's Hot and Spicy Food Festival was a great way to wrap up a sweet summer of festivals in Toronto.