The year of the Ox quickly bears down upon us, promising us 365 days of prosperity through fortitude and hard work, though from all indications this year'll more likely leave our fortunes bull-trampled like so much china shop debris.

While I'm not sure it'll help your cosmic standing or your bottom line, I do know that one thing Chinese New Year always offers is a ready made excuse to eat really well and shamelessly nurse at the glorious gilded bosom of one of the world's mother cuisines.

Grabbing dim sum is de rigeur and sure there's plenty of great places to eat downtown (this is my personal fave) but if you're feeling especially adventurous, Chinese New Year is a great reason to gather some friends, pile into a car and head off to the burbs for some serious noshing. 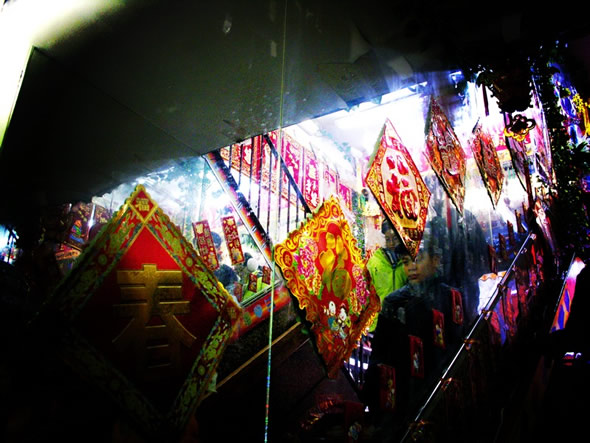 But how's a gweilo like me gonna navigate all those restos up there?

Luckily there's this thing called the internets, and luckily suburban Chinese restaurants have become something of a cause celebre on the Chowhound message boards. So rather than sift thru the posts littered therein like a blind man looting a bazaar for his own portrait, I thought I'd give you some crib notes since I recently had the pleasure of sharing an outstanding meal at Tanchikee, one of the very suburban Chinese shops we're talking about, in the excellent company of Charles Yu.

Charles is a 905er, a true gentleman who grew up in the shadow of the restaurant biz, a shameless foodie who's dialed into the Toronto culinary scene with some great stories and serious connexions (more on that in another post), and a chowhounder who knows a thing or two about Toronto's hinterland Chinese cuisine scene. 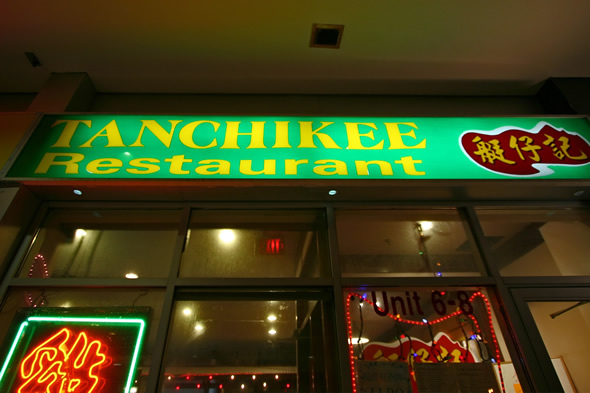 More than a few pixels have been anxiously spent discussing exactly how one goes about getting the good stuff when you're sino-dining in the burbs--since nearly all the chef's specials are posted on the walls exclusively in Chinese characters-- and Charles is the first to admit there's no easy solution: "Unfortunately most of the house specials, the things that really make a restaurant's name, appear only on hand written signs on the walls so unless you're dining with someone who reads Chinese, you're out of luck."

I'm rather disheartened at this prospect since I hate the idea of missing out on great food on account of being a barbarically useless Chinese menu illiterate. So as Charles does his best to cheer me up by ordering an amazing bounty of outrageously good dishes (a strange and wonderful menagerie that includes, among other delicacies, an aromatic 5 spice roast pigeon, and oysters in a honey/black bean/chili/garlic sauce that so utterly unbefuckingleavable, it raises the bar for my definition of exactly how great cooked bivalves can be) he consoles me by saying "If it makes you feel any better, I have the same problem when trying to get the good stuff at Korean restaurants at Yonge and Finch." [as an aside, I humbly encourage any and all Korean and Chinese readers out there to do their bit to help the rest of us eat the best this city offers of those repective cuisines and translate the menus of their favourite restaurants and post them to blogTO]. 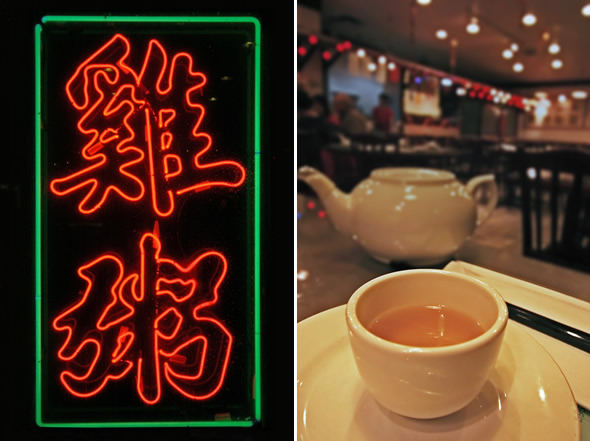 And so during the course of our top-shelf meal which unfolds with bounty as glorious as any golden gift secreted within a hong bao's festive red folds, at a restaurant rightly renowned for its wok hei, Charles gives me the skinny on some places that'll hook you up with the good stuff in Agincourt and Richmond Hill until you perfect your reading skillz and can pick out your own faves:

John's Chinese BBQ Restaurant
Phone: (905) 881-3333‎
Best: Chinese Barbecue Pork & Duck, natch. Alright, this one's a bit of a cheat since the special's actually in the name but heck, for tuning you in to barbecue this lip-smackingly good are y'really gonna hold it against me?

These are my tips... feel free to leave yours in the comments section and we might just add a 'Best Suburban Chinese' to the BlogTO best of list. Oh and gung hei fat choi y'all!