Green Light District Design is an import from Ottawa showcasing contemporary furniture from across the globe. While the recently opened Roncesvalles floor looks like the living room of a seasoned world traveler, owners Deborah and David Peets are just about as down to earth as can be. The husband and wife team ran the store out in Ottawa for the past several years until they recently decided to pick up and move to Toronto. 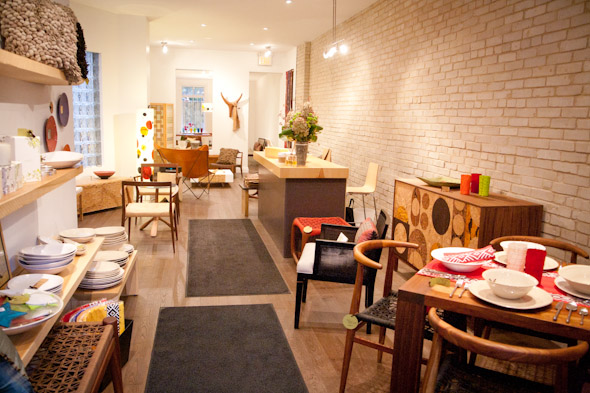 "Really," David begins, "it was when it looked like Harper would get a majority." A little too 'meta' for me, I have trouble understanding how an election can so greatly effect an already-established independent business until David goes on. 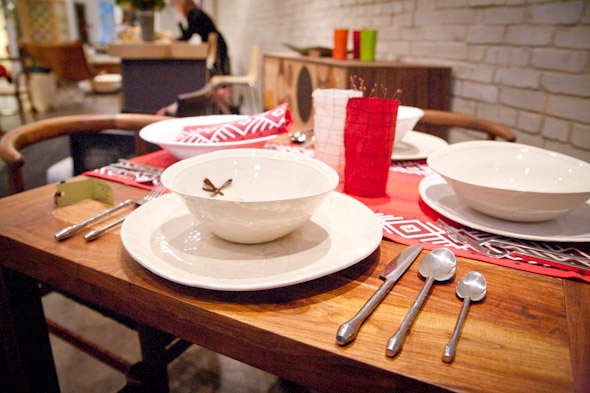 "People in Ottawa are much more politically-attuned than they are here, for the most part," he says. "Immediately after the election people starting worrying about cutbacks. What we have here," he continues, motioning around the floor, "these are discretionary purchases. They get put on the back burner." 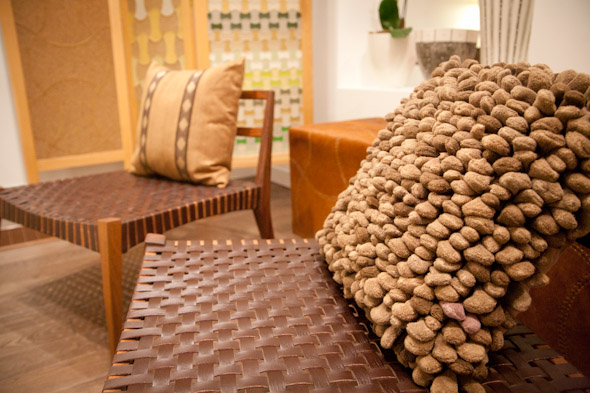 So David and Deborah decided to start looking for a retail space in Toronto, and happily settled upon a spot in Roncesvalles. "People come in every day just to welcome us," Deborah says. "I've never seen that before." 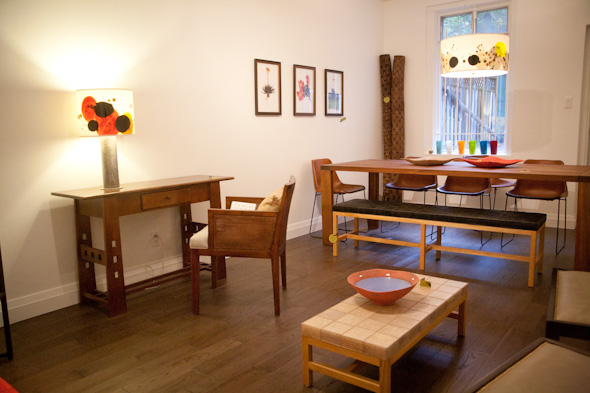 Those who stop in for more than just a "hello" will find David and Deborah's curated collection of furnishings and accessories, much of which is characterized by an African or Scandinavian flair. 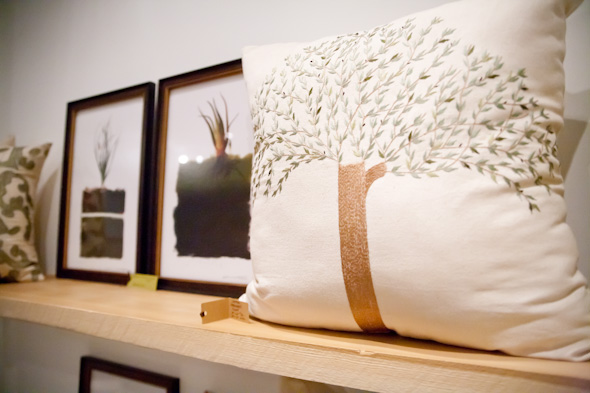 "When we travel," Deborah says, "we always try to meet the designers. We want to learn about their designs; what inspired them, how they created it."

"Usually the pieces we select are produced in very small numbers," David adds. "So you really won't find it just anywhere." 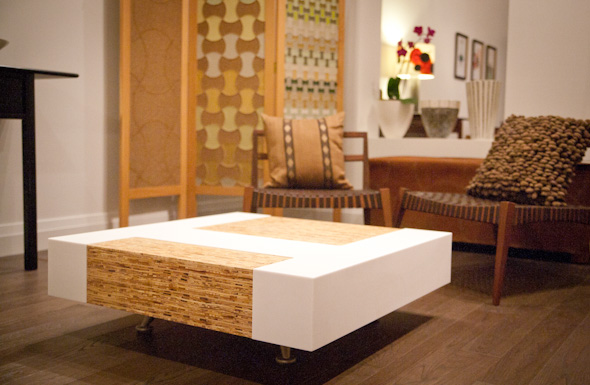 David and Deborah have gone as far as Spain, Argentina, and South Africa, as well as just in the neighbourhood such as over to Montreal, where they happened to find one of my favourite pieces in the store. A hand-painted cotton paper floor lamp ($595), the Montreal designer branded it with coloured resin splotches and tiny perforations undetectable from far away. 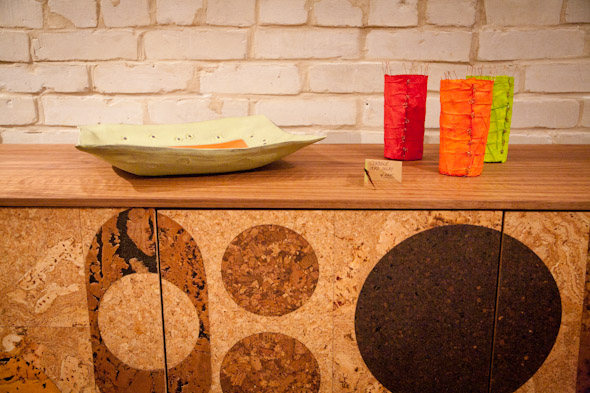 "We love natural materials," Deborah says as she introduces me to a solid African teak eight-seater dining table ($2995). "Paper, clay, leather." Green Light has a whole number of handmade ceramics and tabletop items that would look great along the table, each piece somewhat distinct and one line aptly named "Wonki Ware." 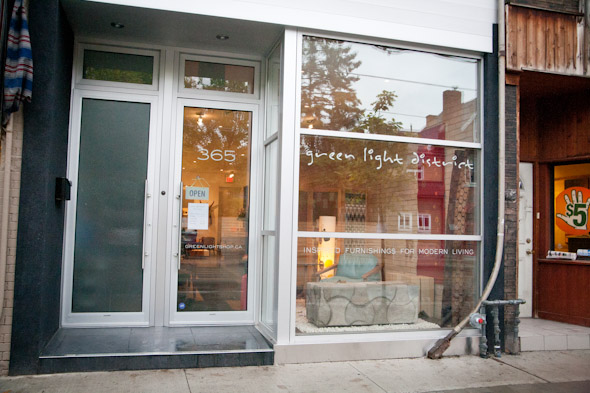 One of Deborah's choice pieces on the floor right now is a Spanish saddle leather and iron butterfly chair ($1295) that's terribly comfortable and buttery smooth to the touch. That said, new items are scheduled to come in regularly with a large shipment slated for sometime in November. Ottawa's loss; I suppose Toronto should be sending its thank-you's to the Harper government.