Elte has a new second floor showroom that's a little more modern, a little more hip, and a little less expensive than its main floor retail . Elte is known for its high-end classic furniture and carpets, but with its new line of rugs upstairs, along with new, condo and apartment-appropriate furnishings and home decor, it may be fitting to add "trendy" to its list of descriptors. 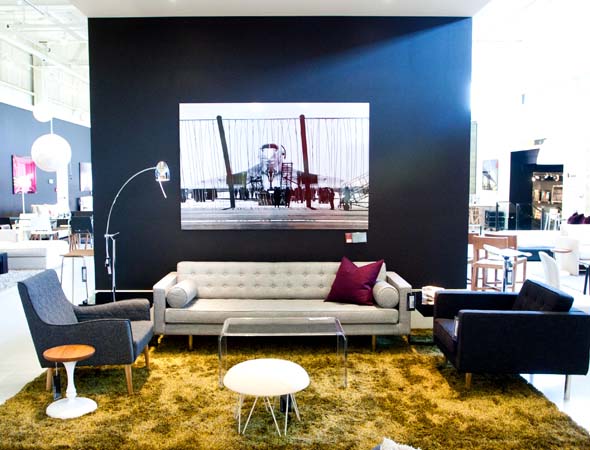 I made my way past the sea beige and pastel downstairs to a pair of shiny new escalators that would presumably take me to my prize. As I headed on up, eyes facing forward, glowing letters on the second floor wall rose into my line of vision.

The escalator hauled me up a little higher, and some more words became visible.

Aha, so I hadn't somehow made my way to some lewd, atop-furniture-store lounge. 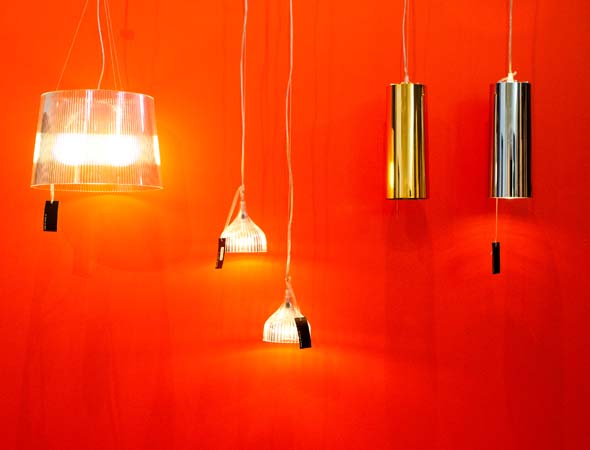 Sex, Rugs & Rock 'N Roll is actually the name of the new line of rugs specially designed for the second floor. Most are 100% wool, come in five sizes, and range from $435 to $2,525. More interestingly, each rug is named for a rock star, including Feist, Metric, and my pick, Bruce (Springsteen). The latter is a chic, almost reminiscent of exposed-brick design, which works equally well on the floor or displayed on a wall. 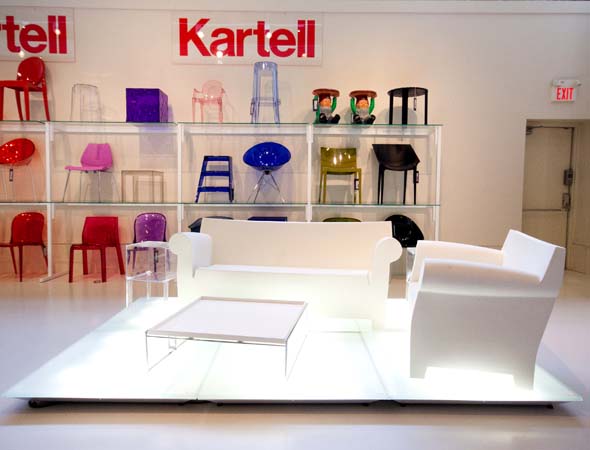 Elte's second floor features furniture and decor by three primary labels; Casamania, Hussl, and Magis, along with its house line. Heather from Elte leads me through the showroom. 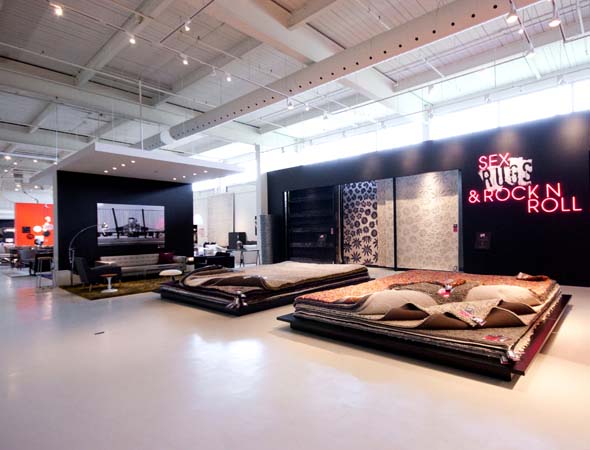 "This is really fun," she says, directing me to a round chair that actually looks more like a planter. "This is the Spun chair ($615)," she says. "You can sit in it and lean back, spinning it all the way around and you won't fall off." 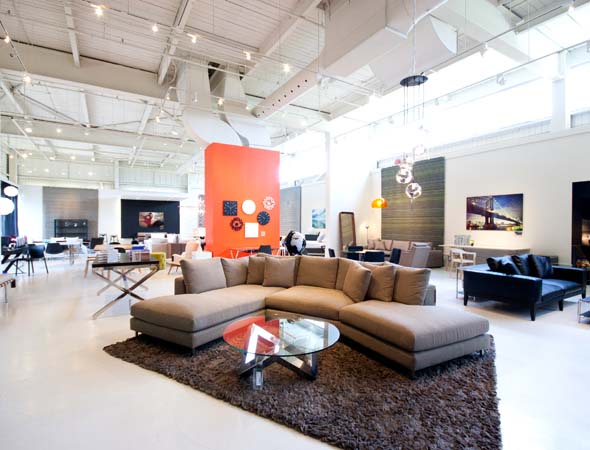 Was that a dare? Well, I took her up on it, and indeed, I left with all my teeth. We then moved onto the Casamania "Him" and "Her" chairs ($1075 each), which are moulded polyethylene chairs with backs sculpted in the form of male and female bodies. 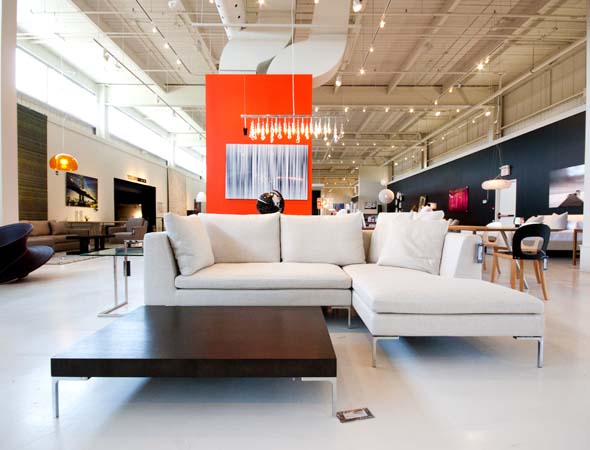 Of course, there is also milder decor on the second floor, including a low-back grey sofa ($1,295) that looks like it was pulled straight from the Mad Men set, a grey oak consol table with x-base design ($795), and a whole collection of Kartell chairs. 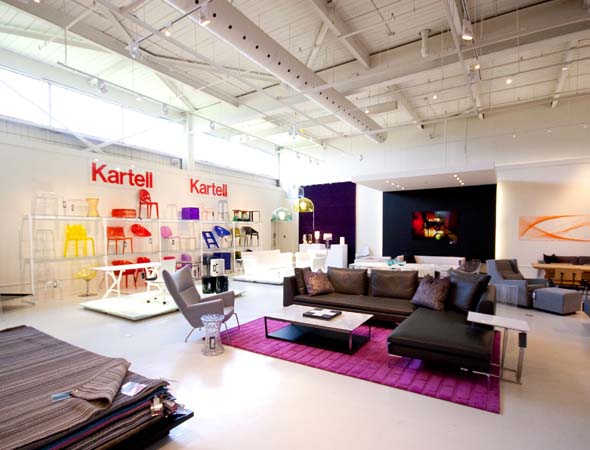 But for me, the most interesting part of Elte's second floor was its step-down gallery called The Yellow Korner, which actually happens to be the only purveyor of YellowKorner art in Canada. There you'll find Thomas Hebrich's Elephants ($995), Alastair Magnaldo's La Reveuse ($395), and a whole collection of small framed prints ($145). Certainly a far cry from the beige and pastel downstairs. 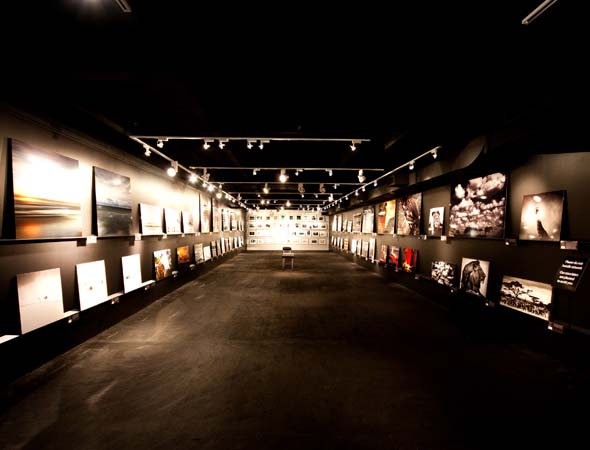 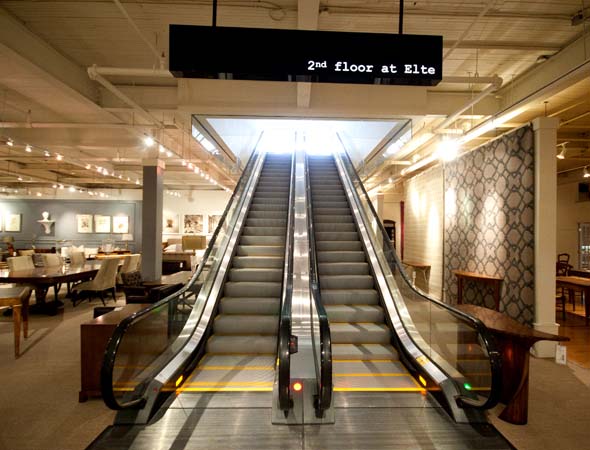 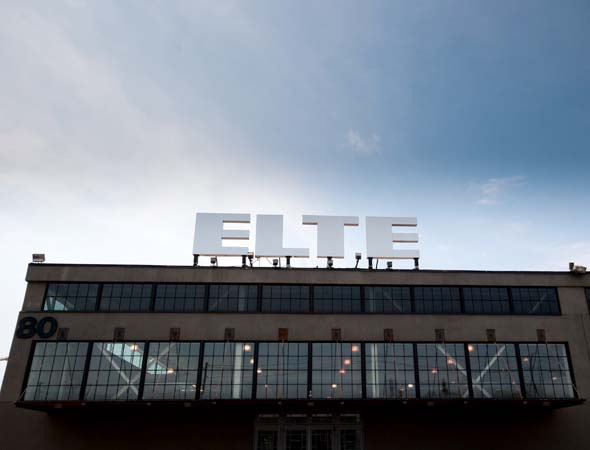