I'd initially thought the store operated as a straightforward florist. And, having always had a healthy cynicism for florists -- what with them being the mecca for the most clichĂŠd of occasions and all -- I just assumed that a floor full of cello-ed, scentless gladiolas was all I was missing out on. 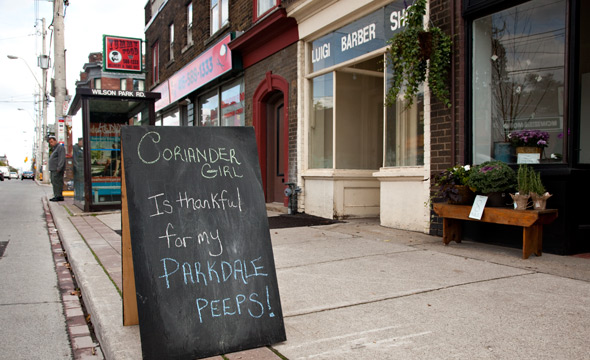 But, a few weeks later, a friend (very uncharacteristically) presented me with an undeniably fetching concoction of bracken-y leaves, acorns and berries wrapped in paper and string. 'Coriander Girl" she said smiling, "it's great in there." 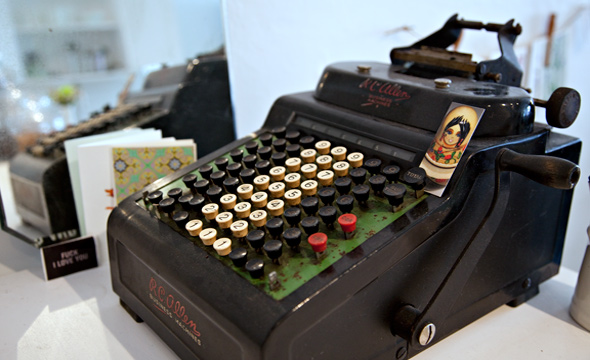 Entering the store for the first time is a bit like visiting a friend at work, mainly because the owner, Alison Westlake, is so talkative and welcoming (plus, to my surprise, she's the same age as most of my friends). 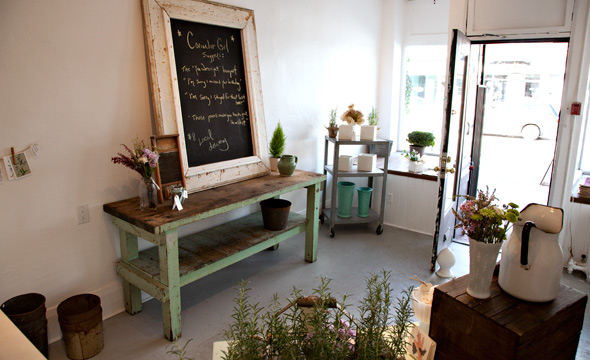 "Anything that isn't nailed down is for sale" she explains. From the tables covered with vases and potted herbs to the ancient cash register on the counter, if you like it you can make an offer for it.

Westlake grew up helping her parents renovate houses in Parkdale. The idea behind the store (which she renovated and decorated herself) was to provide Parkdale with a place where people can get fresh cut, local flowers and anything else that might fall under the bracket of 'interiors'. 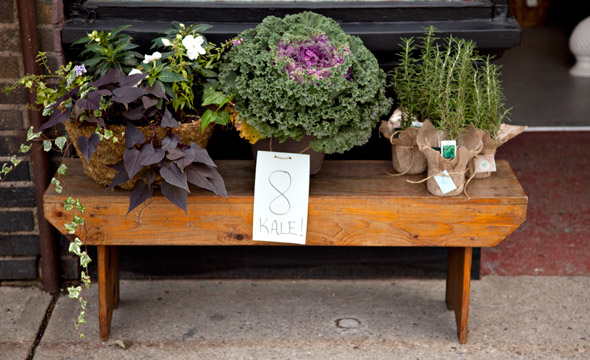 As things are sold, they make room for whatever other furniture Westlake sources from antique markets, or she even leaves keeps a little open space. "I'd like to have art shows in here; this is an ideal space for them," she says. "And workshops too, I'm open to trying different things in the store". 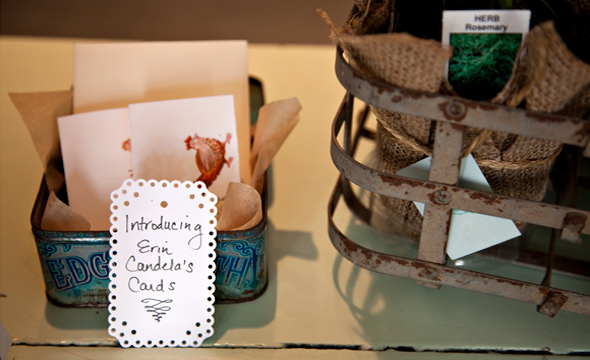 Using retail space in such a malleable way seems like an unusual business when a lot of independent stores are moving their retail operations online and intangible assets (e.g Twitter ) are move valuable than ever. But, perhaps there's a bit of a trend starting up . 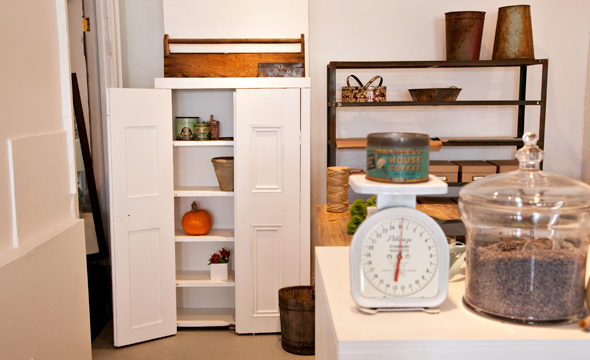 Along this particular stretch of Queen, Coriander Girl fits in perfectly. It is, after all, opposite a robot shop that never opens but frequently changes its window display (Sixth) and a conspiracy theory shop (Conspiracy Culture) -- a store so self-effacing that they yukked it up on Nuit Blanche by hanging suspended, lit flashlights from their ceiling after they'd closed for the day. 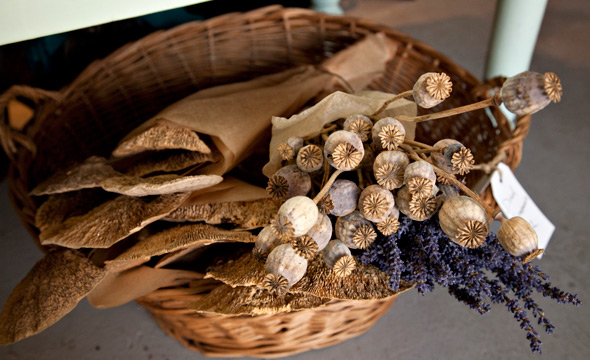 Getting back to the flowers, it's interesting to see someone trying to de-stereotype the giving of flowers for people in their 20s. Even I find myself eyeing the assortment of mini cabbages, berries and red stemmed leaves that make up the arrangements on this particular day.

There are tongue in cheek mini, pre-made 'apology' bouquets for $4 (a comical nod to the main reason a lot of people visit florists) and a sign promising that a bunch of flowers can be made up for any budget. 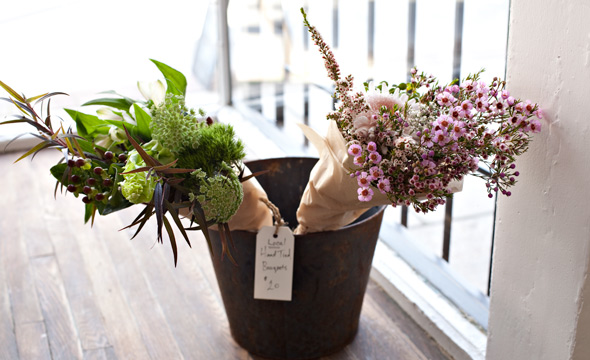 As we're talking and I'm looking round the store, people from the neighbourhood drift in and out to say hello. Someone from the cafe across the street, Poor John's brings over brownies, and I realize that the guy/girl ratio of customers is about 50/50.

This surprises me but Alison later confirms that it's the case. 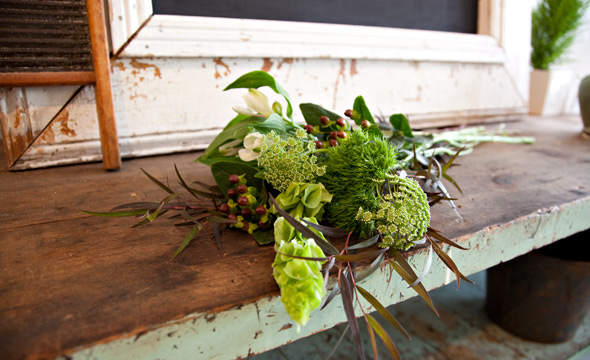 Coriander Girl has definitely changed my pre-formed opinion about anything associated with floristry. The next time I have to say sorry, I might just try doing it with flowers.