Funktion Gallery is no more, causing some to wonder whether Bloordale is Toronto's next gallery district after all. They're the second gallery to close in the last year following Paul Bright which packed up last Spring and moved to New York. No reason was cited on their Facebook or Twitter with only the tweet GOODBYE LANSDOWNE!!!!!!! WE WILL MISS YOU!!! to hint of their intentions. But the good news is that Funktion as a collective isn't completely dead. They'll be participating in the LIMITED event with other local artists on April 24th. 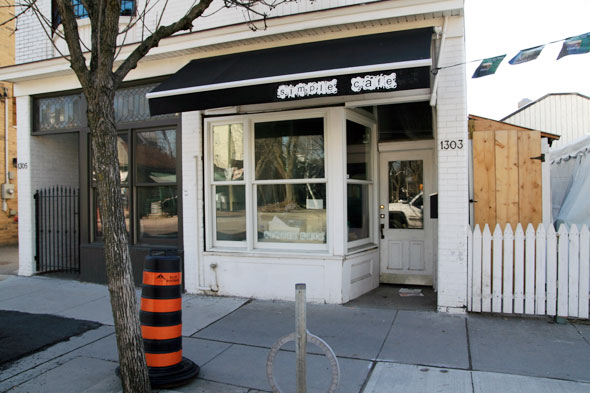 Meanwhile, in Leslieville, I'm finally calling deadpool for Simple Cafe. While no official closing notice has been given the cafe hasn't been open for months and peeking through the front window reveals little more than stacks of boxes and other items suggesting someone is going to move out. Can't say I'm surprised about this one. While service was friendly there just wasn't enough to differentiate them from the many other cafes in the 'hood, almost all of which take their beans a lot more seriously than this simple spot. 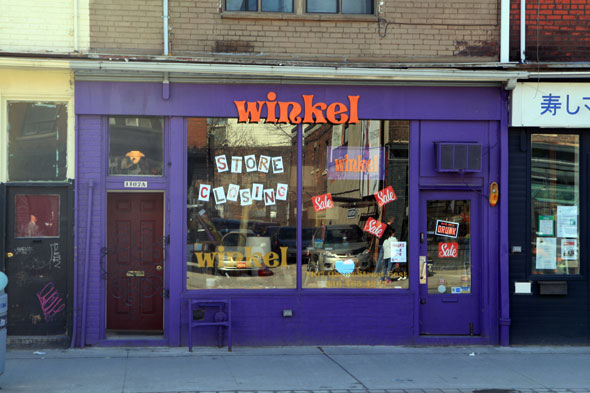 Further west on Queen, gift and knickknack store Winkel has called it a career. They had a blowout sale in March before papering their windows at the end of the month. On the store's blog, the owner writes that it has been a great six years but that she no longer has "the time or energy to keep up with a bricks and mortar store". 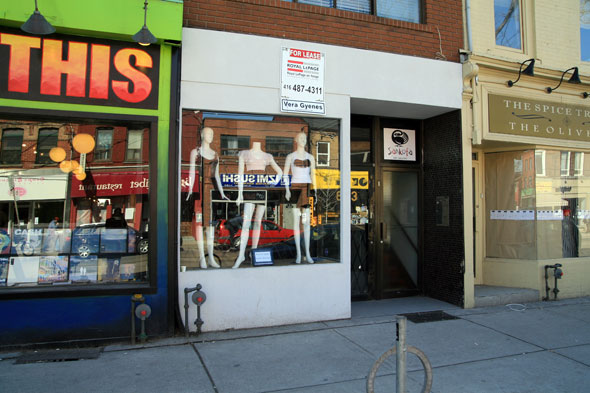 On West Queen West, right after we reviewed it in March the just launched Covet + Crave went belly up. The web site doesn't have any updates but the store is definitely closed and has been taken over by a pop up store. I can only imagine that rents on Queen were a lot steeper than the store's former King West location and they realized quickly they weren't getting the sales they needed to make it work. Note that this is the second time partner Brazen Hussy has flopped on Queen. 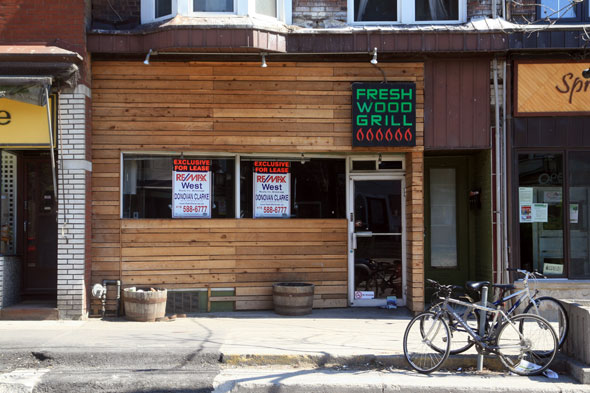 And, finally, on Roncesvalles, the original Freshwood Grill location has closed. A call to their Kensington location was met with an abrupt claim that the restaurants had nothing to do with each other (despite the fact they shared a web site, name, branding and menu) and that operations at the Kensington location would continue uninterrupted. I guess chalk one up for another victim of the Roncesvalles construction.