An Annex institution is no more. Mel's Montreal Delicatessen, a late night spot on Bloor both loved and reviled by residents of this city, has closed its doors. Or rather, had its doors locked by the landlord after reportedly failing to pay rent that was months in arrears. Deli fans will remember Mel's came in 5th in our poll of the best delis in Toronto and readers let us have it. Margaret commented that Mel's "was the worst experience at a deli/restaurant/service place I have ever been involved in." Others gave it a pass for their smoked meat poutine. 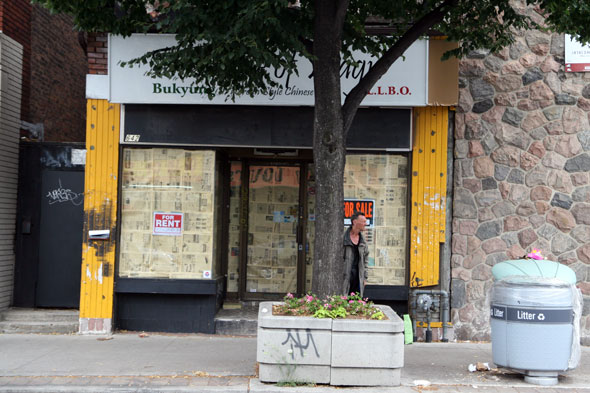 A few blocks west on Bathurst the space formerly hosuing The Taste of Magic is for rent. The restaurant served Korean style Chinese cuisine but never seemed to draw in huge crowds; and priced itself too high for students who flock for cheap pork bone soup, bibimbap and other good eats in Koreatown. 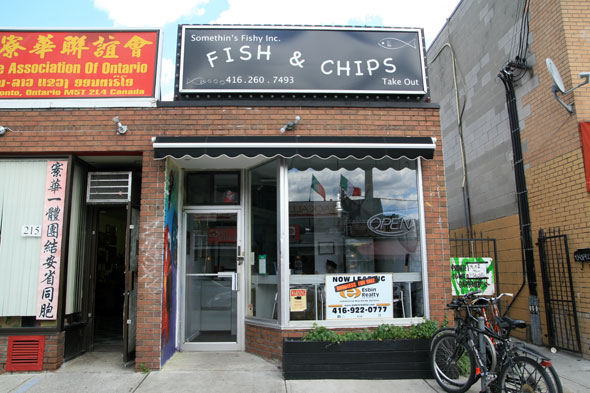 Somethin's Fishy Fish & Chips was a great little spot on Augusta in Kensington Market and was 9th on our list of the best Fish & Chips places in Toronto. But I'm not convinced management was ever that into it. The restaurant shut down for the winter and this Spring its future became uncertain when a Business for Sale sign popped up in the window. 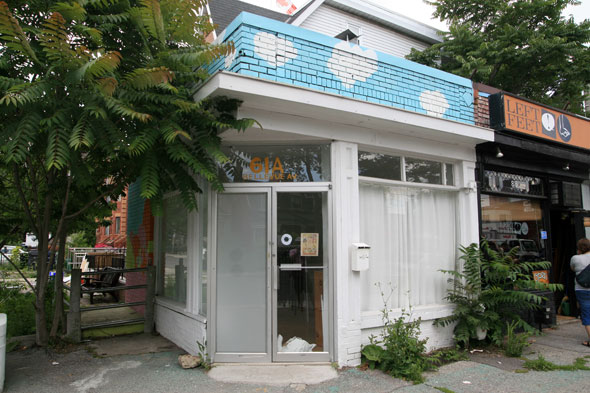 Elsewhere in Kensington, eco-fashion emporium Heart on Your Sleeve has bit the dust, both online and at their retail location. I guess locally made, environmentally friendly clothing isn't as easy a sell as it should be. 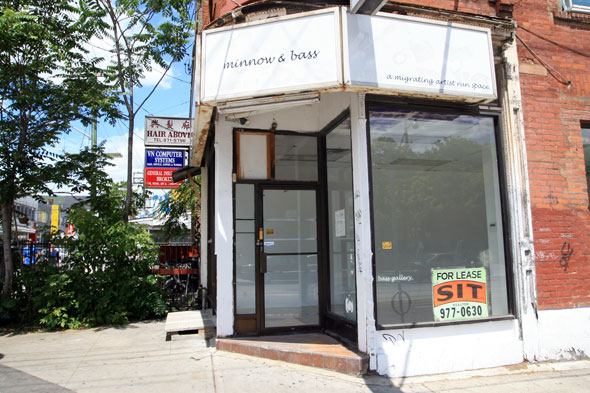 At the foot of Augusta at Dundas, the short-lived Minnow and Bass gallery space sits empty. Their blog hasn't been updated since June so not sure if a move is in the works. 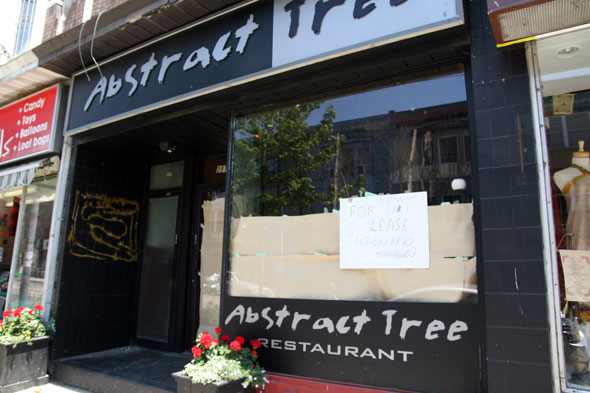 On Roncesvalles, Abstract Tree restaurant is no more. Could it be there are now too many dinner options in the area? 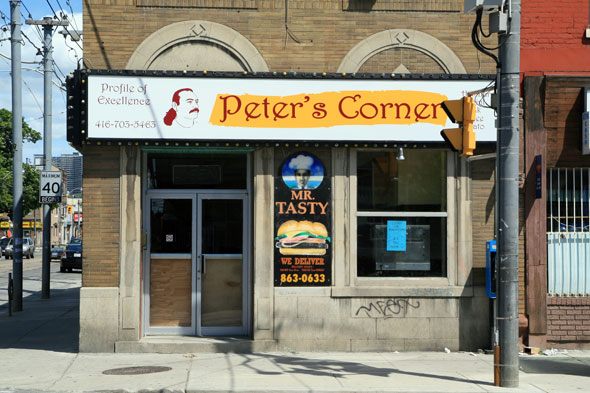 At Queen and Parliament, Mr. Tasty had occupied this corner location for as long as I can remember. Signs went up months ago promising a renovation but recently a new sign was put in place announcing that Peter's Corner will be opening soon. I suspect that the owners of Peter's Cajun Creole Pizza next door are expanding their empire. 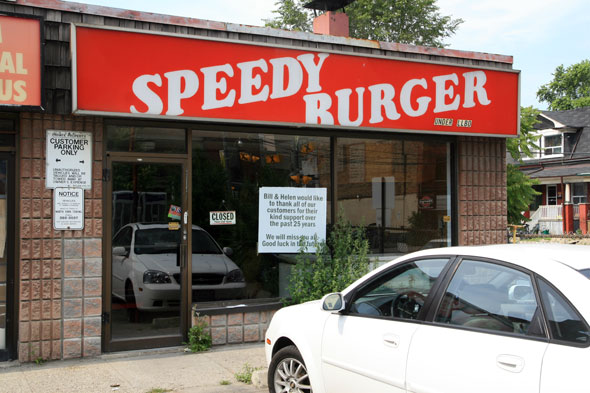 Speedy Burger, the greasy-spoon in the strip mall just east of Queen and the DVP has closed after 25 years in business. The whole lot will be making way for a new condo development. 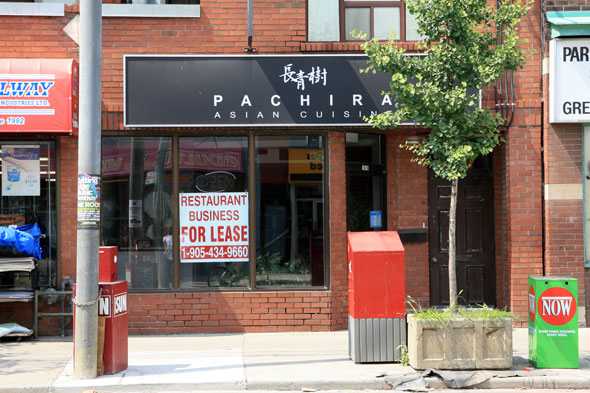 And finally, at Queen and Coxwell, Pachira Asian cuisine got decent reviews - including one on this site - but the restaurant never seemed too busy and has now closed after a few years in business.