It's Deadpool for The Savannah Room, Urbano, Bungalow Cafe and The Barking Room

I walked by the Savannah Room to witness the end today. The signs on the front door tell the story. Beyond the usual Termination Notice to Tenant, Ladystache and others who had planned gigs here have plastered change of venue notices, pointing fans further west to find them at spots like Rancho Relaxo and Comedy Bar.

The bar and live performance venue had been a College St. fixture for years and was one of the few places in the city to catch regular comedy shows featuring up and coming local talent. No word yet whether mismanagement, slow business or something else led to its decline, but it's done. Their MySpace doesn't really offer any clues. 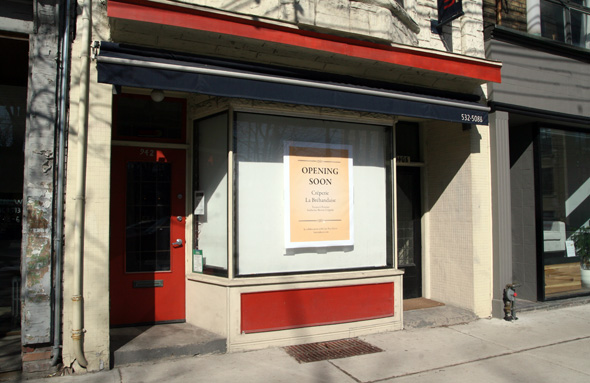 Further south on Queen, Urbano has closed after just more than a year in business. The tapas restaurant took over the space once occupied by the popular Sugar brunch spot. While busy at times, it never really seemed to distinguish itself from many of the other great dining options in the area. According to signs on the front window, "Toronto's Premier Authentic Breton Creperie" called Creperie La Brehandaise will be opening in its place soon. 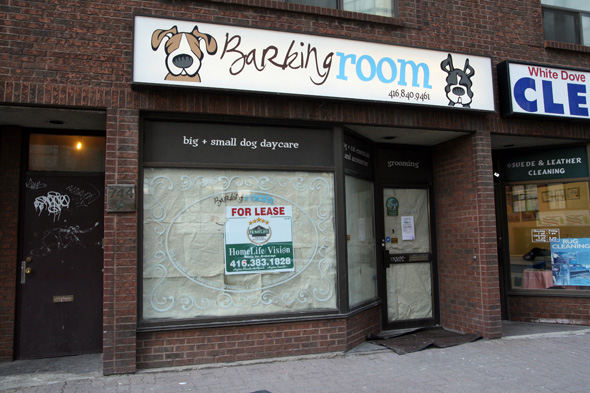 And King West has lost both the Barking Room and Bungalow Cafe. blogTO reader Lindsay wrote us: "What happened to The Barking Room on King St W?! It was there one day, and the next, the windows were all boarded up with paper! I tried calling, but there answering machine is full. And there's a FOR RENT sign in the window. Did they move? Or did they just close up shop? I had doggie daycare sessions left there!"

I don't have any answers. Maybe pet shop overload in the area? Many grooming services and pet supply stores opened up on King and Queen West over the past few years. Their web site hasn't been updated since they've closed. 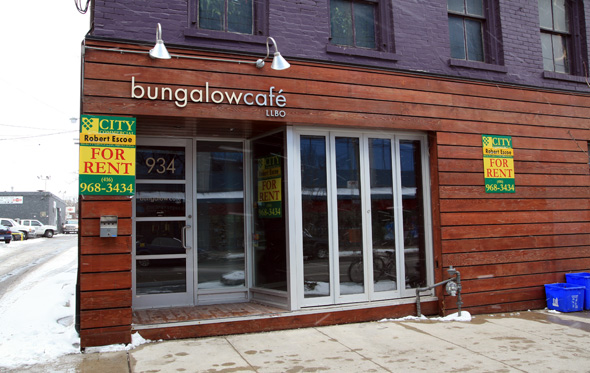 I never really understood what Bungalow Cafe was trying to be. It wasn't a cafe. It was a restaurant. I never ate there but the one time I popped in to check it out I didn't really find it had that much to offer. I guess locals felt the same way.