It has been a busy month for Deadpool sightings. I'm just catching up now on a bunch of places that closed within the last month or so. And then there's Wild Thing - the Harbord street cafe that opened this past Spring. Well, its brief life is over. A For Lease sign is now on the front window.

I suspect the relatively low levels of foot traffic on Harbord did them in. That and they seemed to fail to bolster their menu with enough sandwiches and other food items to add to their coffee sales. Gelato might have been a good idea in the Summer, but like the award winning (and now closed) Solferino, Wild Thing probably found out the hard way that gelato sales freeze up once the weather turns.

Also recently shuttered are Goed Eten, B, Karuchie and Viva Tastings. I emailed with the owner of Goed Eten who told me that the Nassua street waffle joint is just closed temporarily and that they will re-open in a different location in the market. 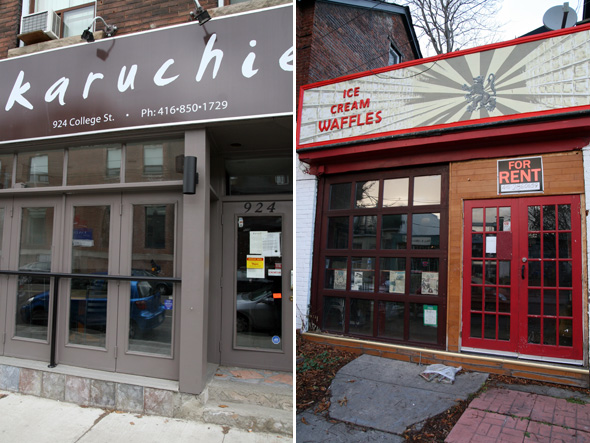 B was one of the best brunch spots in Roncesvalles and seemed to do really good business. A new restaurant called Simply Nosh Bistro Cafe has taken over the space.

Karuchie? Well, it got good reviews including the thumbs up from Joanne Kates but its so-so atmosphere and pricing just didn't lure enough foodies to its College and Dovercourt locale. 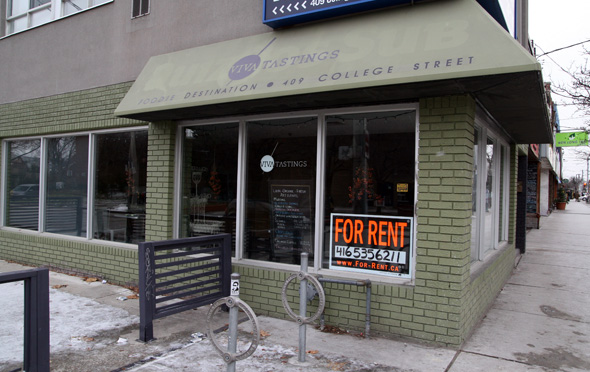 Finally, Viva Tastings always seemed to be a place with decent food in search of a business model. It wasn't quite a restaurant, nor a cafe or event venue. And it wasn't a catering company. But at points it seemed to try to be all four. I don't think most people could really figure it out.