It's a bird's world, people of Toronto. We're just living in it.

Or so think the majestic waterfowl who inhabit the ponds, rivers and lakefront we all so very much enjoy in this city.

A single swan proved this to motorists on Monday morning during a notably hectic commute by taking its sweet, sweet time to walk across The Queensway.

Reddit user Andrey managed to capture the humorous scene on camera around 8:45 a.m. at The Queensway and Ellis Avenue.

A swan from High Park added splash of humour to an otherwise frustrating commute in Toronto this morning - 📹 Andrey https://t.co/ayEqL73q98 #Toronto pic.twitter.com/nm27tvhYUe

"It definitely came from the pond at High Park and was going along Ellis Ave towards the lake," Andrey tells blogTO. "Drivers were mostly annoyed and trying to rush it."

Drivers may not have loved the interruption, but Redditors are getting a kick out of the footage.

"He knows to cross at the crosswalk but doesn't follow the light system? Come on now," joked one.

"They've evolved to learn that cars will slow down and go out of their way to avoid them," noted another quite accurately. "They probably think we're scared of them (we are)." 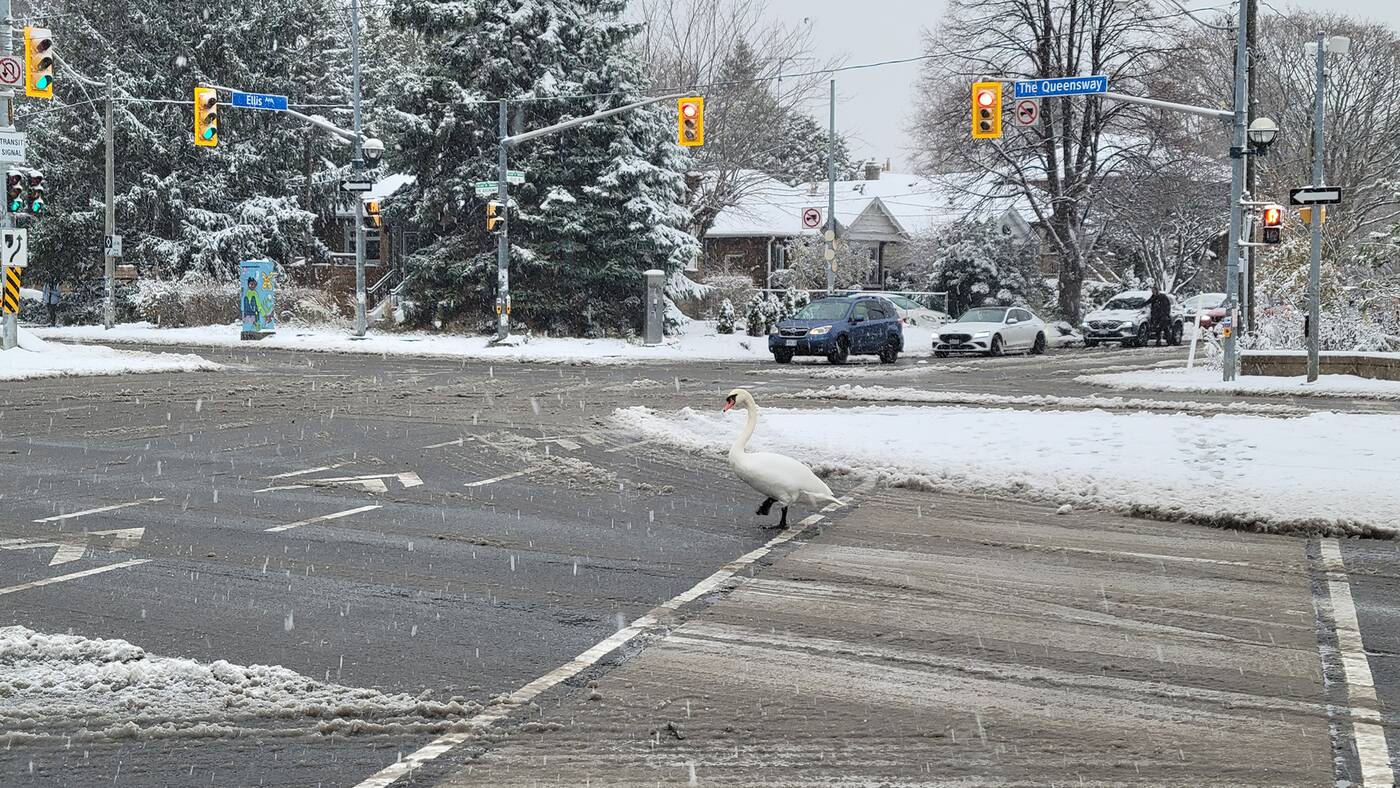 When asked by one commenter if he called animal services or the Toronto Wildlife Centre, Andrey explained that there didn't seem to be a need.

"I didn't know what can I do to help him, and a quick google search told me that 'swans are hardy birds that can survive cold weather.'"

Hardy birds indeed, if not a bit cocky, and they do seem to be a bit less angry (at times) than Toronto's terror-inspiring cobra chickens.

Thanks for the laugh, silly goose swan!