A popular Toronto retail store known for its wide selection of high-end bicycles, bike accessories, apparel and the like is out nearly $30,000 after an early morning robbery that had a bit of a comedic twist (or will, if the business is able to recoup its losses).

D'Ornellas Bike Shop in Scarborough took to Facebook this weekend with a plea for help with locating a man who they say broke in and stole some very expensive merchandise.

"This morning at 5:45 a.m. this man broke into our shop and stole three bikes," wrote the business on Sunday evening.

"We have photo and video evidence. A police report has been filed. Somebody somewhere knows who he is. If that's you, please reach out, as any information you can provide would be appreciated."

Two photos gleaned from the shop's security system were included with the Facebook post, one in colour that shows the suspect wearing a black coat, a black cap and blue jeans.

The other photo is black and white, and it shows the alleged thief looking up as if to say "oh sh*t" upon spotting a camera. 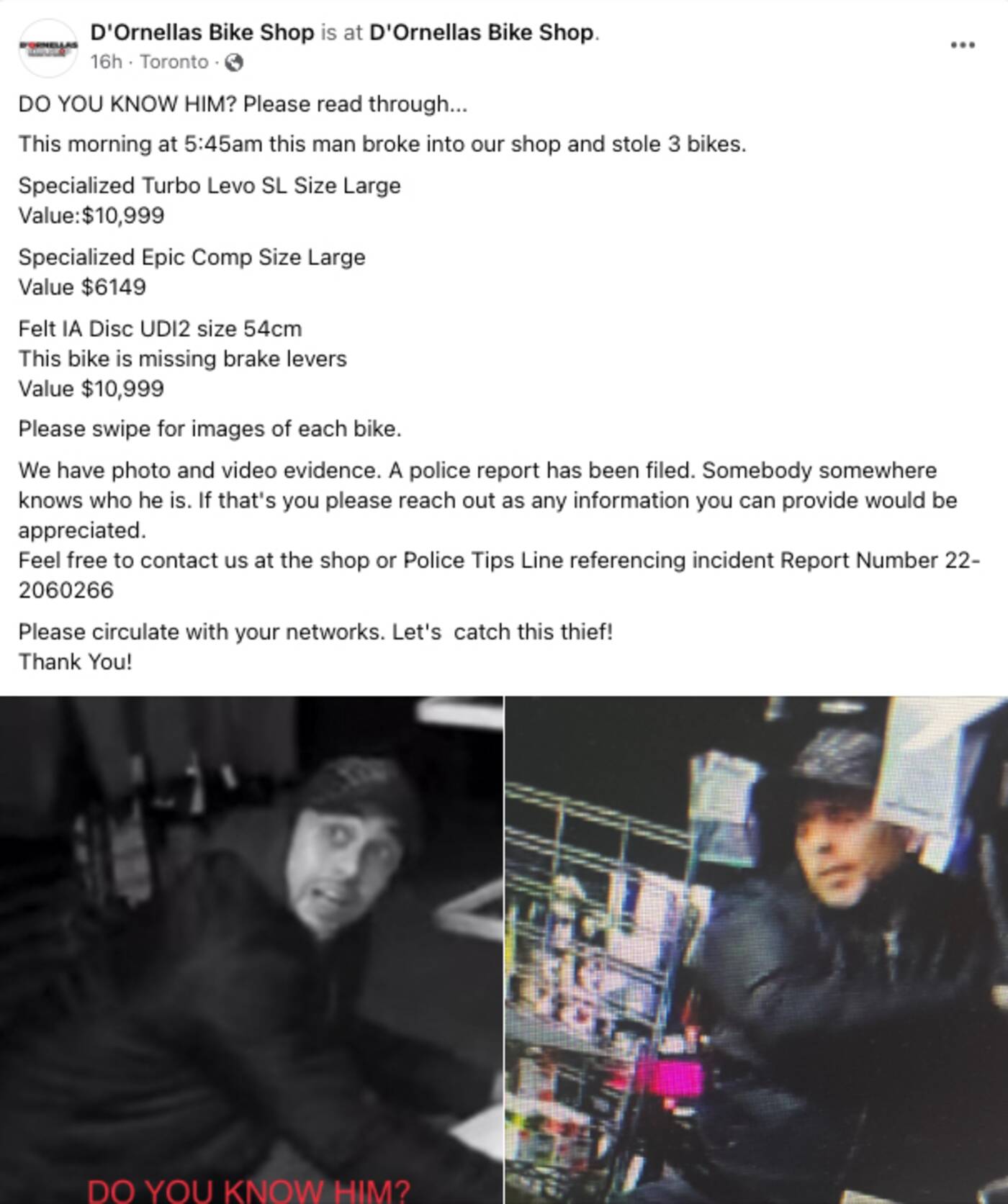 A popular Scarborough bike sales and repair shop is looking for someone who is believed to have stolen nearly $30,000 worth of merchandise early Sunday morning. Image via D'Ornellas Bike Shop.

D'Ornellas is asking anyone who recognizes the man to contact them or Toronto Police with information, and with good reason: The crook may only have stolen three bikes, but they were very, very expensive bikes that the independent business wants back.

The missing merchandise is listed as follows:

The latter bike is missing brake levers, which should make it a bit more identifiable for people who know what brake levers look like.