Keep an eye out for the Tim Hortons toilet creep, Toronto — and perhaps take a look around any public bathroom stall you use for hidden cameras.

The Hamilton Police Service has identified and issued a warrant for a suspect they say was "recording patrons as they used the restroom" inside a Tim Hortons at 30 Queenston Road on Sept. 22.

News of the individual's bizarre and illegal behaviour first surfaced in a Facebook post last Thursday after a woman recieved photos from her sister of a poorly-hidden, actively-recording cellphone in a garbage next to a toilet.

"A disgusting human being set this phone up in a pile of garbage with a small hole for the camera and a cut up coffee cup as a stand. The phone was attached to a battery pack with the intention to film for a significant amount of time."

Fortunately for those who are now uneasy using the restroom at that Hamilton Tim Hortons, police were able to identify the individual using security footage — and guess what? They already knew him.

The 27-year-old Hamiltonian can now add voyeurism to his rap sheet.

"An arrest warrant has been issued for Daniel St. Amour," announced the Hamilton Police Service on Monday, confirming that St. Amour is not and has never been an employee at the Tim Hortons in question. 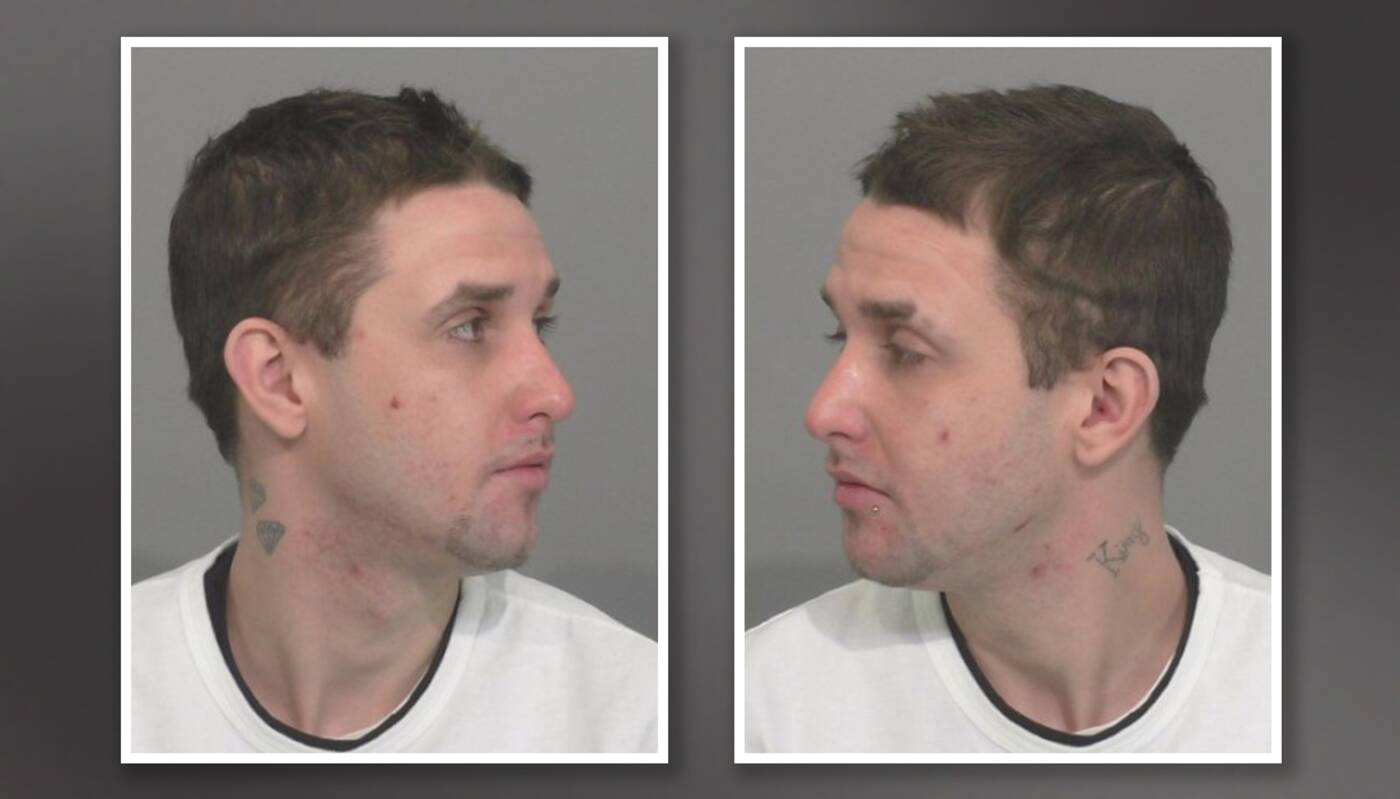 Daniel St. Amour, 27, of Hamilton is wanted in connection with a voyeurism investigation after a rolling cellphone camera was found in a Tim Hortons restroom. Image via Hamilton Police Service.

Police explained in a release on Monday that they had "entered into an investigation of voyeurism" on Thursday "after a cellphone was located recording in a female restroom stall of a restaurant in Hamilton's east end."

Investigators say they seized the creepy contraption as evidence, noting in their release that the suspect was in fact responsible for "recording patrons as they used the restroom."

It is not clear which specific behaviours police are referring to when they "used."

Anyone with information is asked to call Hamilton Police at 905-546-2963 or Crime Stoppers anonymously.