In an Instagram post, a man says the incident happened in the parking lot of 815 Major Mackenzie East on March 9.

"As I was leaving a parking lot, this woman came speeding down the centre median. Almost hitting me. Then demands I move out the way," the person wrote.

The man says the female driver blocked him in for 15 minutes instead of just moving slightly to the right. He then says she got out of her car, approached his, screaming racial slurs. He says he kept his windows closed in case the situation escalated.

He claims the woman called the police and accused him of assaulting her but it didn't work so she got back in her vehicle and continued to block him.

The man then gets out of his car and started recording showing her vehicle in the middle of the road.

"Witness this Karen," he says as the woman opens her car door.

"Go back to your f**king Muslim country you f**g," she shouts.

Then she gets back in her car, and drives directly toward the man and he says she ran over his foot.

"Now you are going to run me down," he says as she rolls down her window.

"What is wrong with you…fighting with a woman," she replies.

She grabs his phone and it falls to the ground. 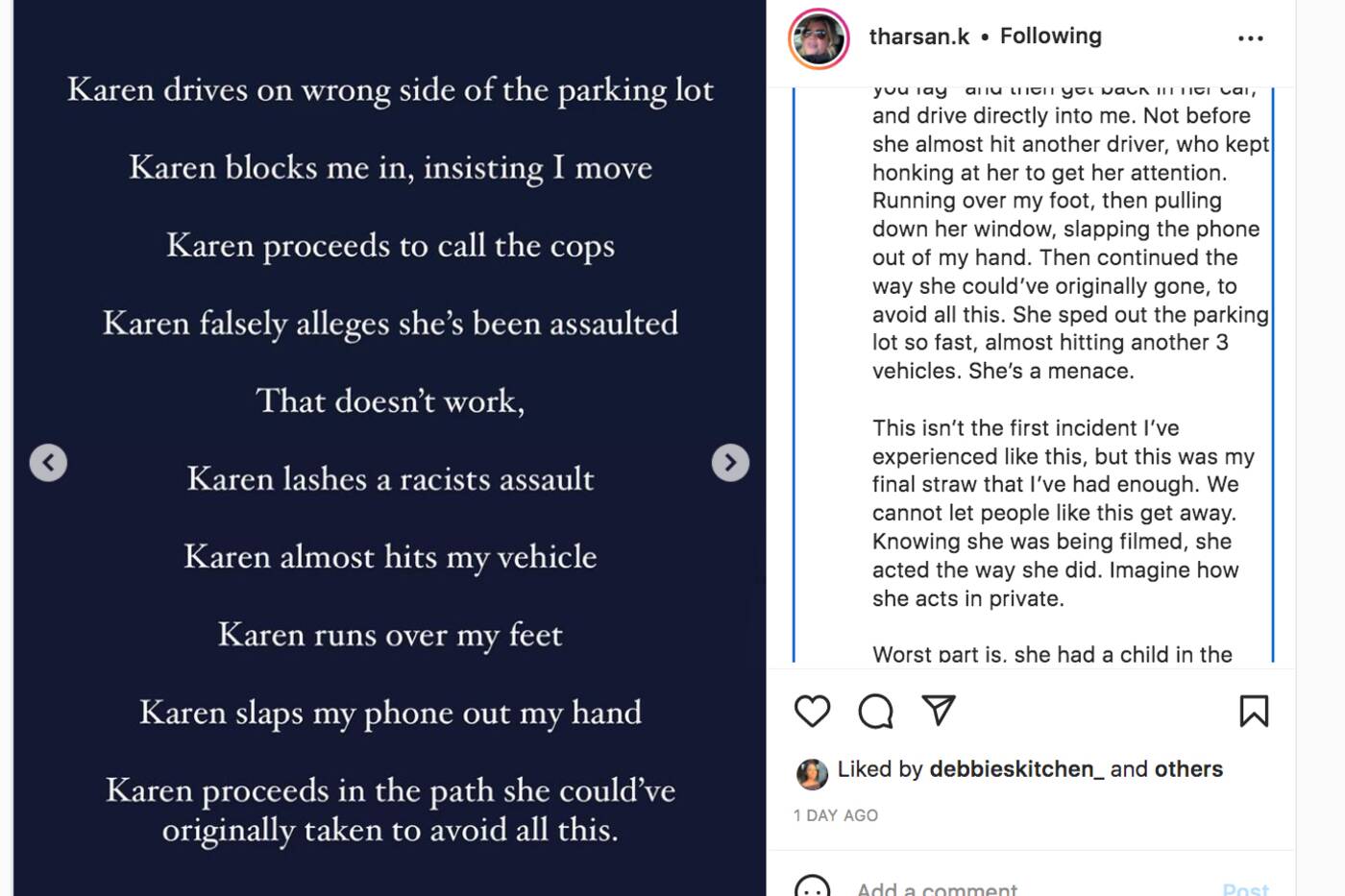 The man describes the incident.

"She sped out the parking lot so fast, almost hitting another 3 vehicles," the man wrote. "She's a menace."

Ontario has seen several incidents like this. Just a few weeks ago, a woman spoke out about racist remarks in a fabric store, and a racist tirade was captured on video in Barrie.

The man goes on to say he is tired of people like this.

"This isn't the first incident I've experienced like this, but this was my final straw that I've had enough," he said.

"We cannot let people like this get away. Knowing she was being filmed, she acted the way she did. Imagine how she acts in private."

He also noted she had a child in the back seat.