With all the extreme weather alerts we've had, natural ice sculptures have started to form all over Ontario. From ice formations formed over rocks that look like jellyfish to trees covered in ice at a national park, there are a ton of these natural creations to see.

For one man in Ontario, he woke up to a bit of a terrifying surprise as he found an ice formation that looks like the Grim Reaper outside of his home.

On Feb. 28, 2020, Ben Tucci took a trip up to his cottage in Dunnville to check it out before demolition started and noticed something while walking towards the lakeside of the property.

As he grew closer, he was in awe, not believing what he was seeing. Massive ice sculptures had formed on his neighbour's lamp posts, creating figures that resembled the Grim Reaper and a woman.

"My immediate reaction of the dejected-looking figure was of an eerie looking woman or a sea hag of sorts, leaving the property almost as if to be walking away from Jack Frost," says Tucci about the figure. 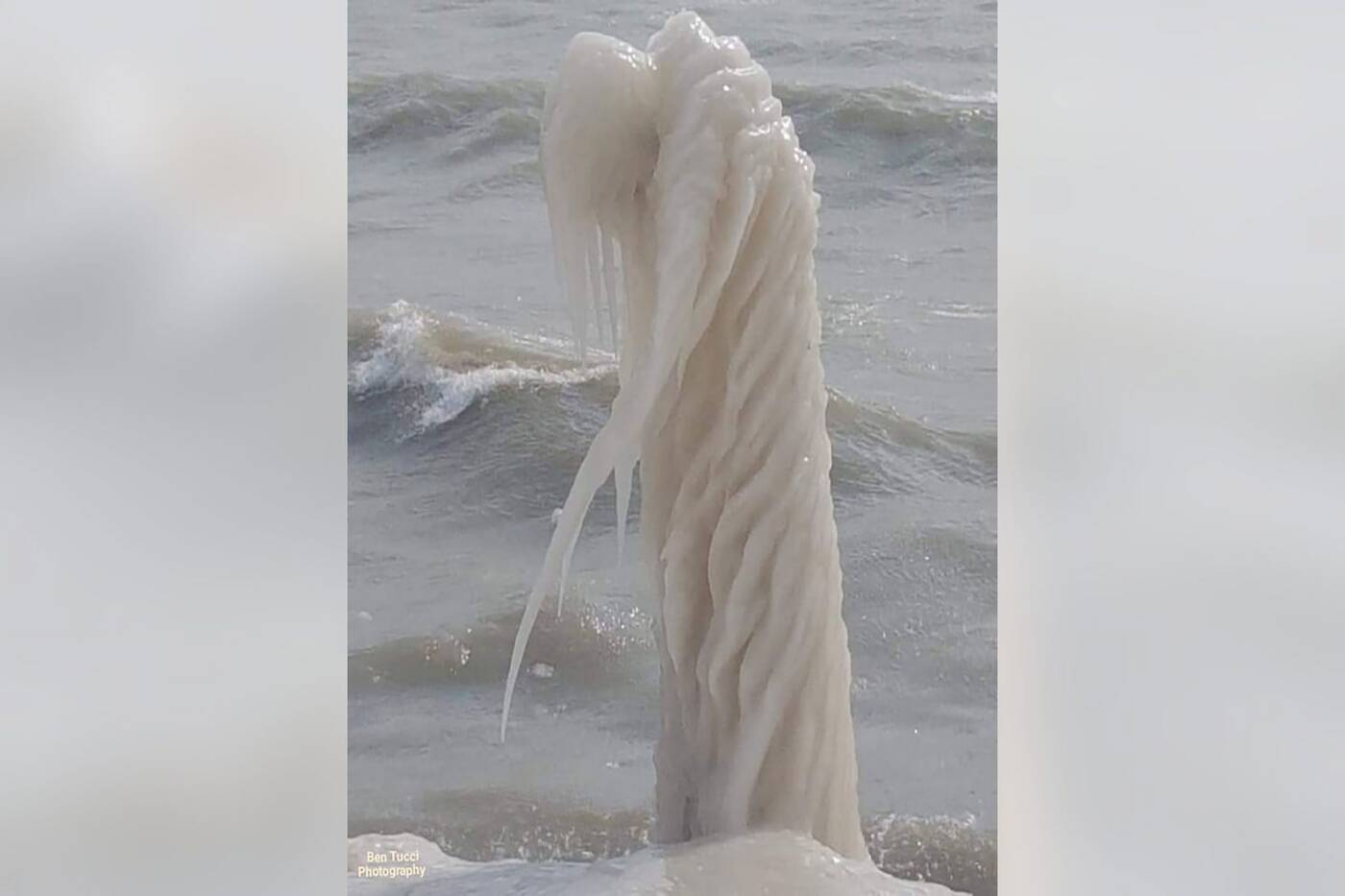 Ben Tucci posted these eerie photos after a winter storm.

When he took a look at it a second time, the ice formation looked like Jack Frost, appearing to hold a cellphone.

Tucci posted the photos onto his social media with thousands of liking and commenting on the photo and sharing it to ghost social media sites.

The photos have caused quite a stir on social media, with a ton of people writing how terrified they would be if they saw the figure in person.

"I'm just saying that if I lived near there, I wouldn't be sleeping for the rest of the winter."

"These look like my imagining of the Ghost of Christmas Yet to Come," wrote another person.

These photos gained so much traction online that Jimmy Fallon mentioned the photo of the Grim Reaper formation in his opening monologue on Jan. 31, 2022.

There's a reasonable explanation to how these ghostly figures came about Ben says. With the frigid temperature, the winds blew the waves from Lake Erie over the floodwalls that hit the lamp posts to create them.

I don't know about you, but if I were to see these in person, I'd run as far and as fast as I can from these formations. These photos will be giving me nightmares for the next few days.