Someone found hundreds of realistic tiny monk statues on a Toronto lawn, earlier this week.

Erella Ganon says she was driving down Lansdowne, a few blocks south from Bloor, when she noticed from the corner of her eye, dozens of small orange dots on a front lawn.

"At first, I thought they were a bunch of pumpkins left over from Halloween, at least that's what they looked like from a far," she said. 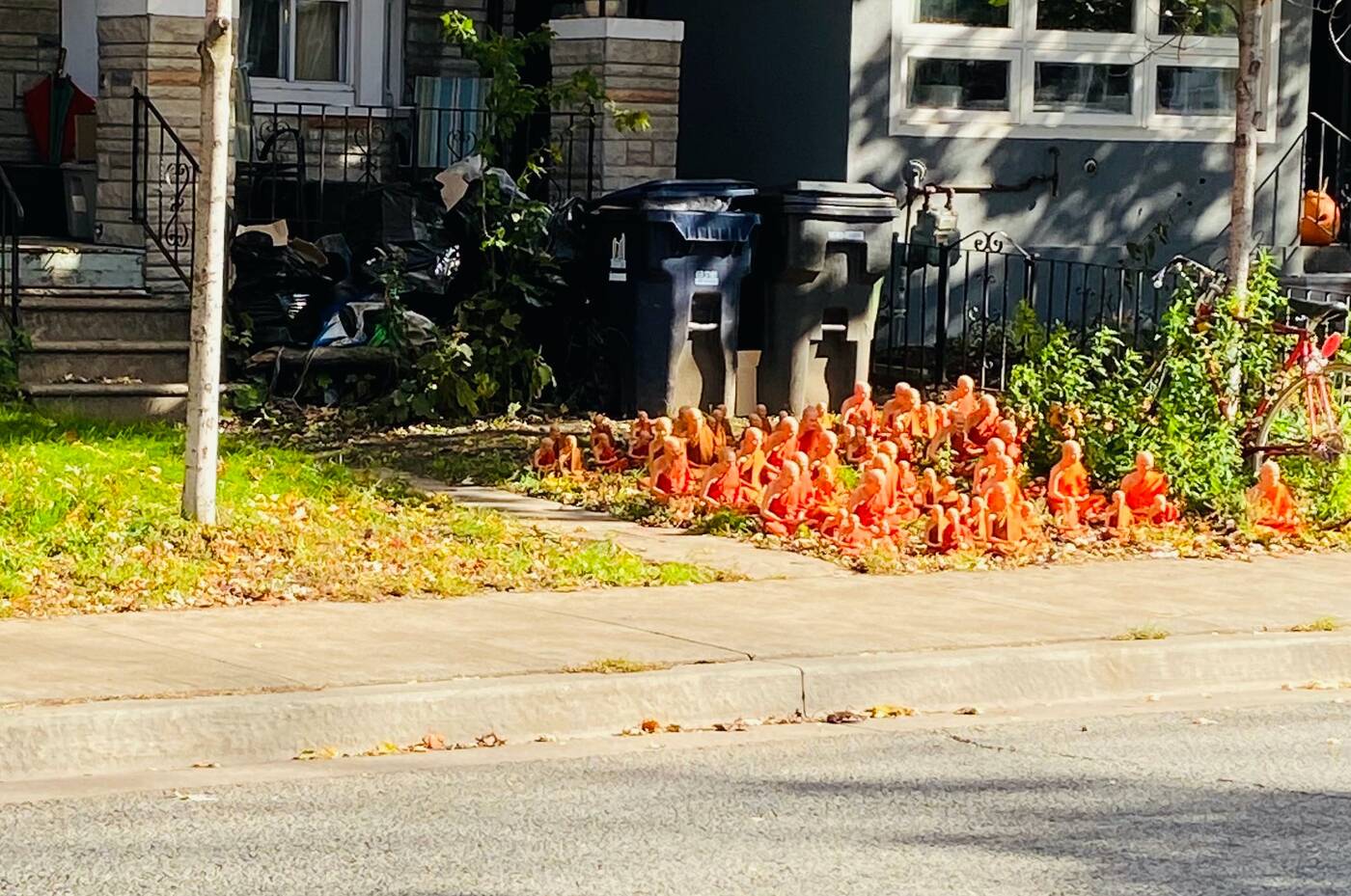 A point of view of the monks on the lawn from where Ganon first spotted them. Photo by: Erella Ganon

Ganon stopped her car to take a closer look and to her suprise, instead of pumpkins, she found hundreds of tiny monks lined up on the grass.

She was instantly in awe of the little statues, saying each of them look like they were handmade.

Ganon felt it was best to contact the person who owns the house, behind the lawn.

She found a sign on the front of the house that said "couriers please contact me" along with a phone number of the owner.

When she got home, Ganon called and a woman picked up the phone who confirmed the monk statues were meant to be given away.

The woman told Ganon that she found the monks inside of a storage unit, that she and her partner bought at an auction.

Ganon tells blogTO when the woman found them in the unit, there were hundreds more, but she sold most of them.

The woman didn't want to throw away the leftovers, simply because they were so unique looking, so she put them on the lawn that day hoping others would take them away.

Ganon went back and took about a dozen, saying she's fascinated by how realistic each statue looks.

"The small hairs on the top of their heads actually feels like real stubble on the head of a man," she said. 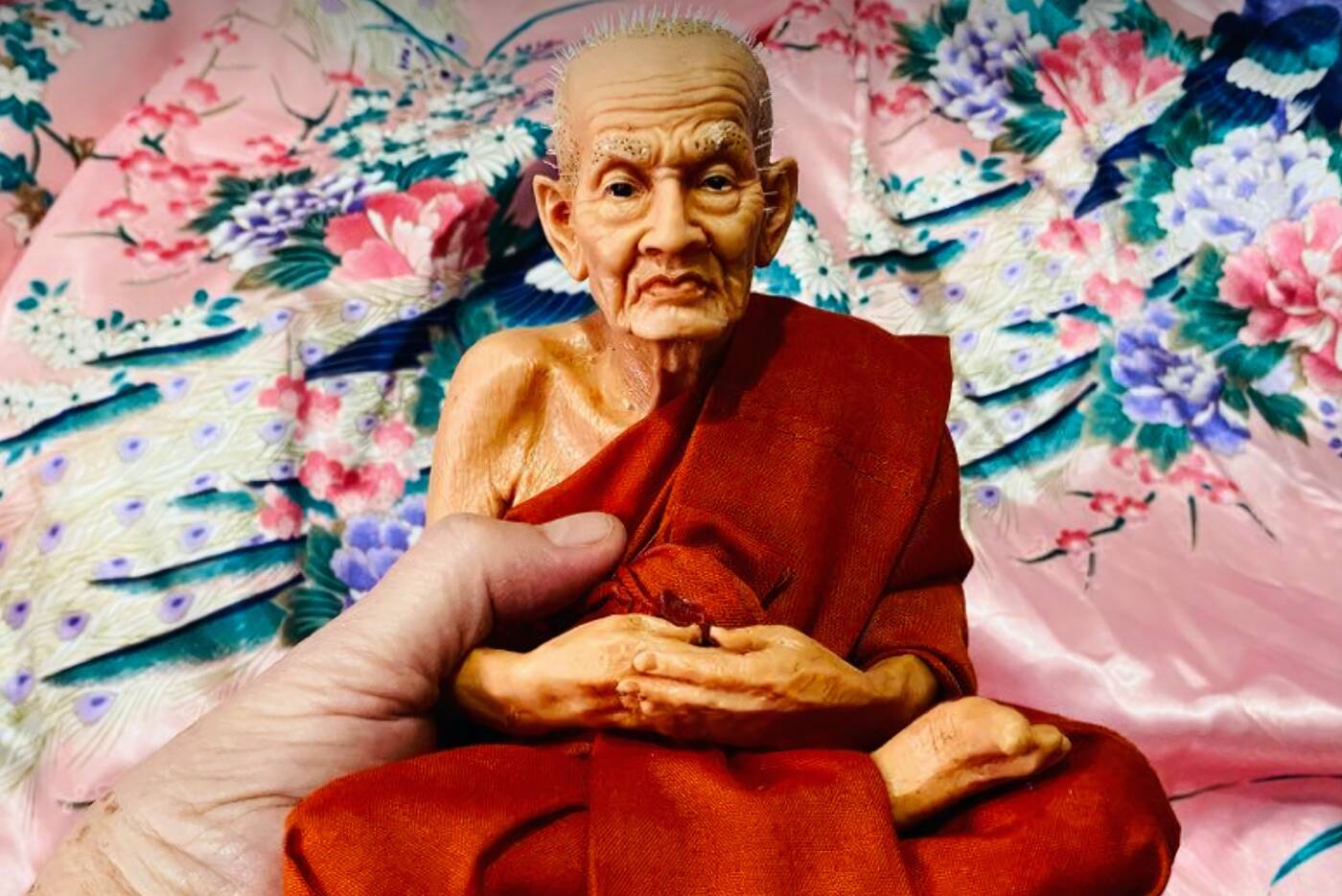 One of the statues Ganon took home after she found hundreds of them on the lawn. Photo by: Erella  Ganon

Ganon has a friend who lived in Thailand for a number of years, and they suspect the statues might've been handmade there and somehow brought into Canada by the hundreds.

Someone in Brampton was also trying to sell the very same statues in a Facebook Marketplace post, around a month ago.

"Even the garment that the monks wear look like they were sewn by human hands, there's little stitching that holds it together," said Ganon.

By the next day, every single monk from the lawn was gone.

I'm sure whoever got their hands on one will have a story to tell about where they got it from.