Casa Loma is widely considered the only castle in Toronto. 4.5 kilometres to the north, another less-known building has earned the affectionate moniker of "the castle" among Toronto Hydro employees.

Toronto Hydro operates dozens of unassuming transformer substations around the city, discreetly hidden away in plain sight within shells of buildings that disguise the critical operations powering the city around them.

So-called transformer houses are scattered around the many residential neighbourhoods that expanded in Toronto’s postwar boom years.

Established in 1911 as the Toronto Hydro-Electric System, the company spent its first few decades racing to meet the rising electricity demand.

Power generation was not the problem in the early years. Niagara Falls had that side of the equation covered, massively increasing output for the region with the 1922 opening of the Sir Adam Beck Hydroelectric Generating Station.

What Toronto lacked at the time was the substation infrastructure needed to convert this high-voltage electricity to the currents that power our homes and businesses.

Before postwar suburbanization, demand was satisfied with opulent masonry buildings designed to be seen, rather than ignored like the transformer houses of the next era.

Perhaps the best example of a transformer "building" in Toronto, an imposing stone structure looms over Yonge Street, a short distance south of Lawrence in the Sherwood Park neighbourhood. 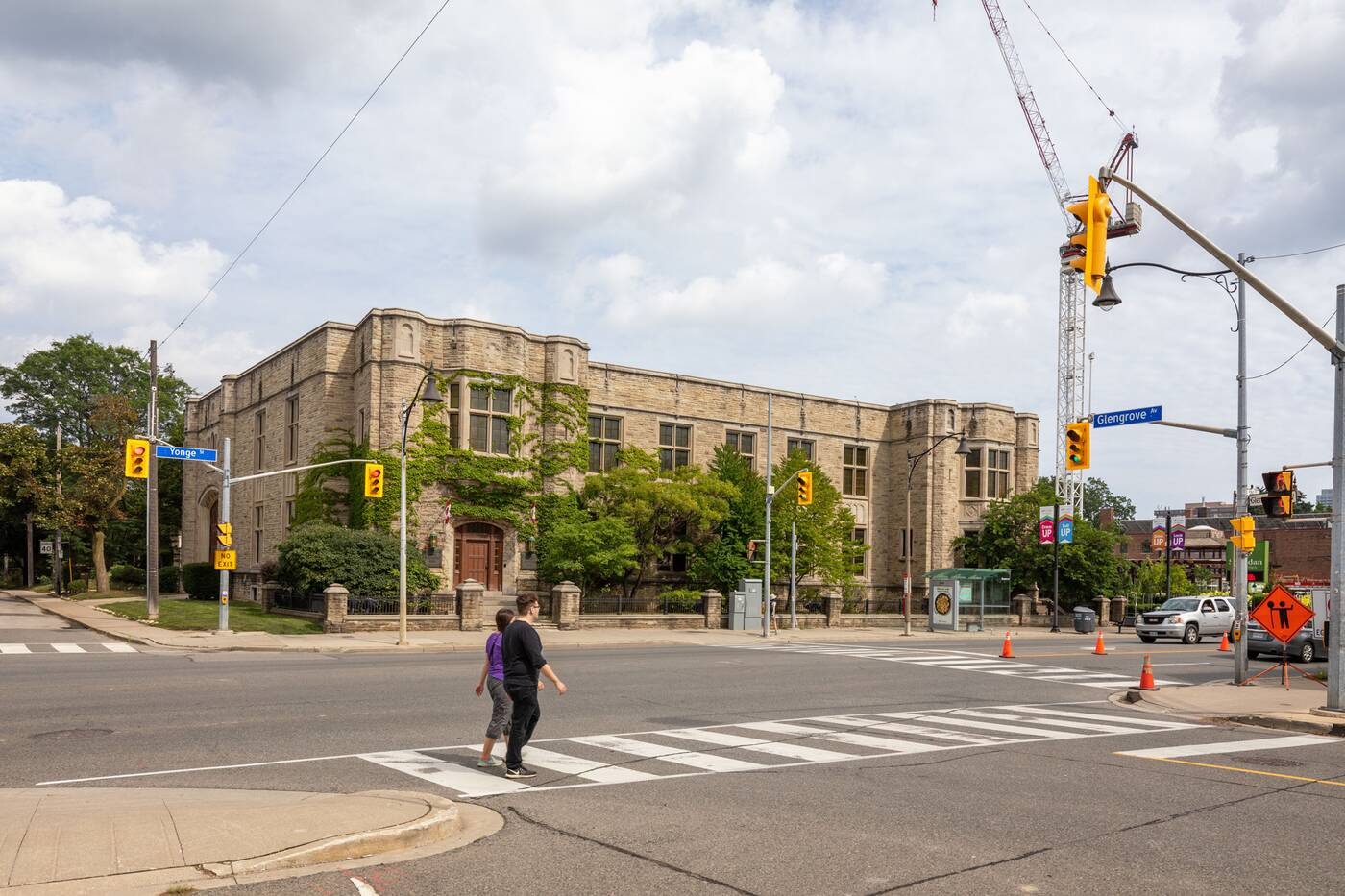 The Glengrove Substation looks nothing like what you'd expect from a power distribution building from the outside. Prominent Gothic Revival details and creeping ivy lend the substation its nickname, the old world aesthetic contrasting the modern high-voltage currents within.

Anyone unaware of the building's true nature is given a hint that something unusual might be happening within when spotting the massive oak doors along Glengrove Avenue.

These doors allow heavy equipment to be moved in and out of the station and add to the building's castle-like charm. 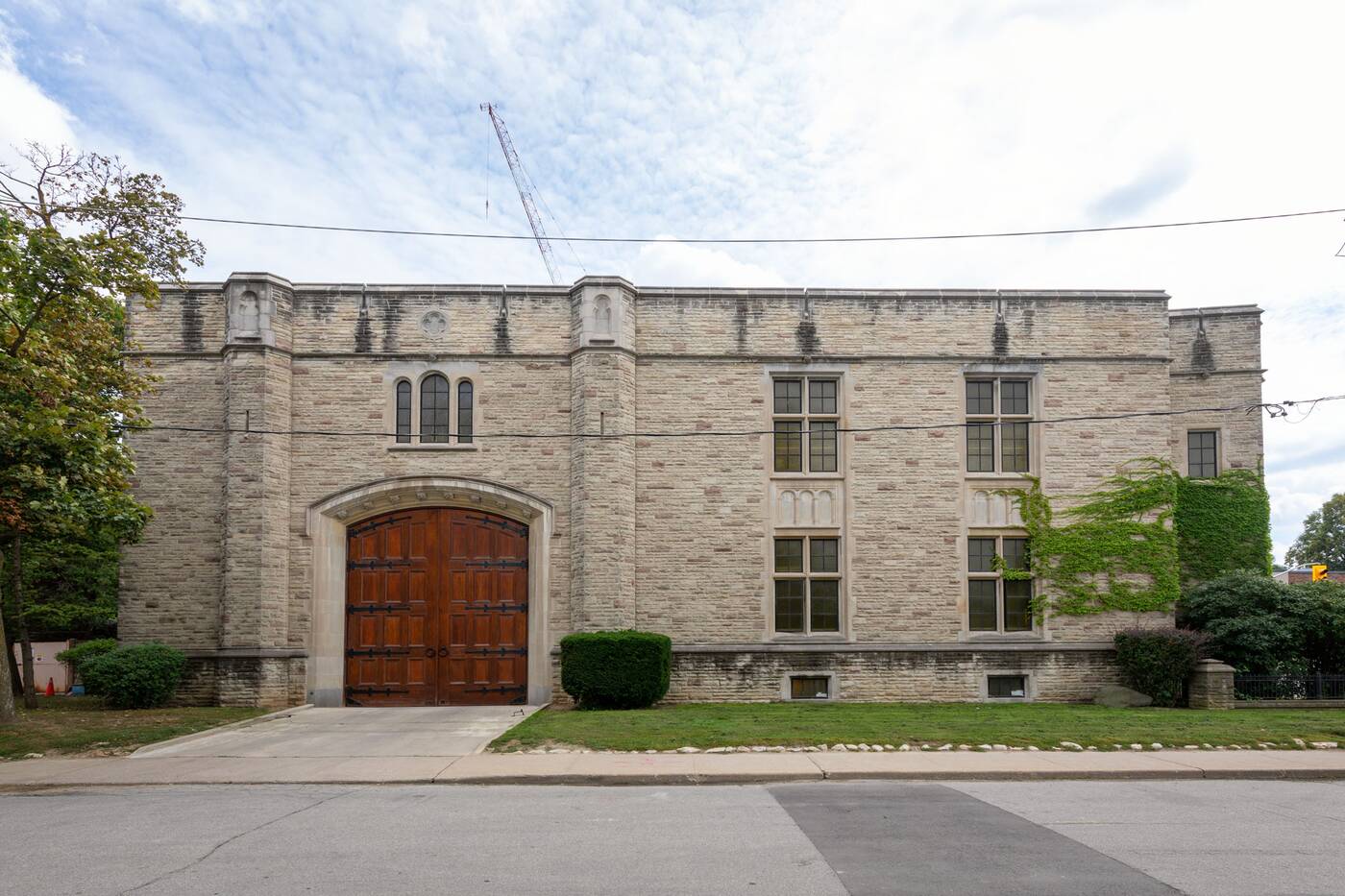 Glengrove is unique among substations, but it does share one thing in common with the more abundant transformer houses. A simple brick-walled enclosure at the rear holding much of the station’s heavier equipment is similar to the structures hidden behind Toronto Hydro's many fake houses. 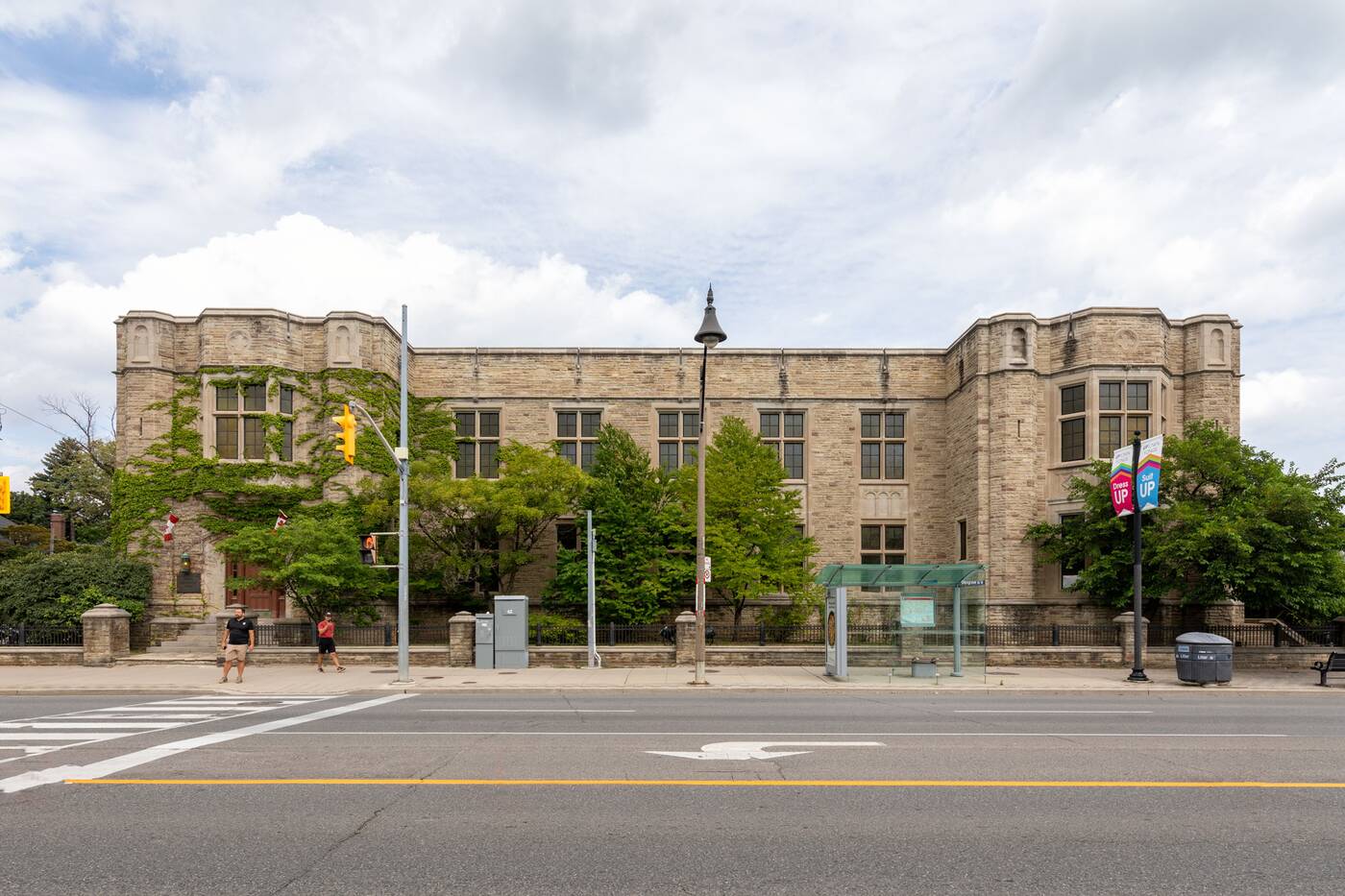 While "the castle" is not regarded with the same admiration as the famous R.C. Harris “palace of purification,” it remains a beloved eccentricity for locals.