Ah, real estate in Toronto and all its frantic, overpriced, out-of-control fun, progressively less affordable to progressively more people who now have to save for an average of 25 years just for a down payment.

It seems that the city is forever on the brink of a bubble that will never burst, with values continuing to rise evermore — and though we know some areas are notoriously more exorbitant than others, where, exactly, are values skyrocketing the most nowadays?

The answer from high tech real estate brokerage Properly may surprise some, as it's not the downtown core and its penthouses, nor the sprawling mansions in the wealthy neighbourhoods of midtown and uptown, which are perhaps closer to being maxed out.

It is, as industry experts may have surmised, the areas where property values were already lowest in the city and thus had more room to jump.

According to the company and its home estimate calculator, homes in Scarborough purchased pre-pandemic have gone up the most so far, and are now valued a staggering 25 per cent higher as of May 2021.

York came in second, with properties now worth approximately 21 per cent more than they were just before COVID-19 hit, followed by Etobicoke, where home values have climbed 19 per cent, and East York, where they've shot up 18 per cent. 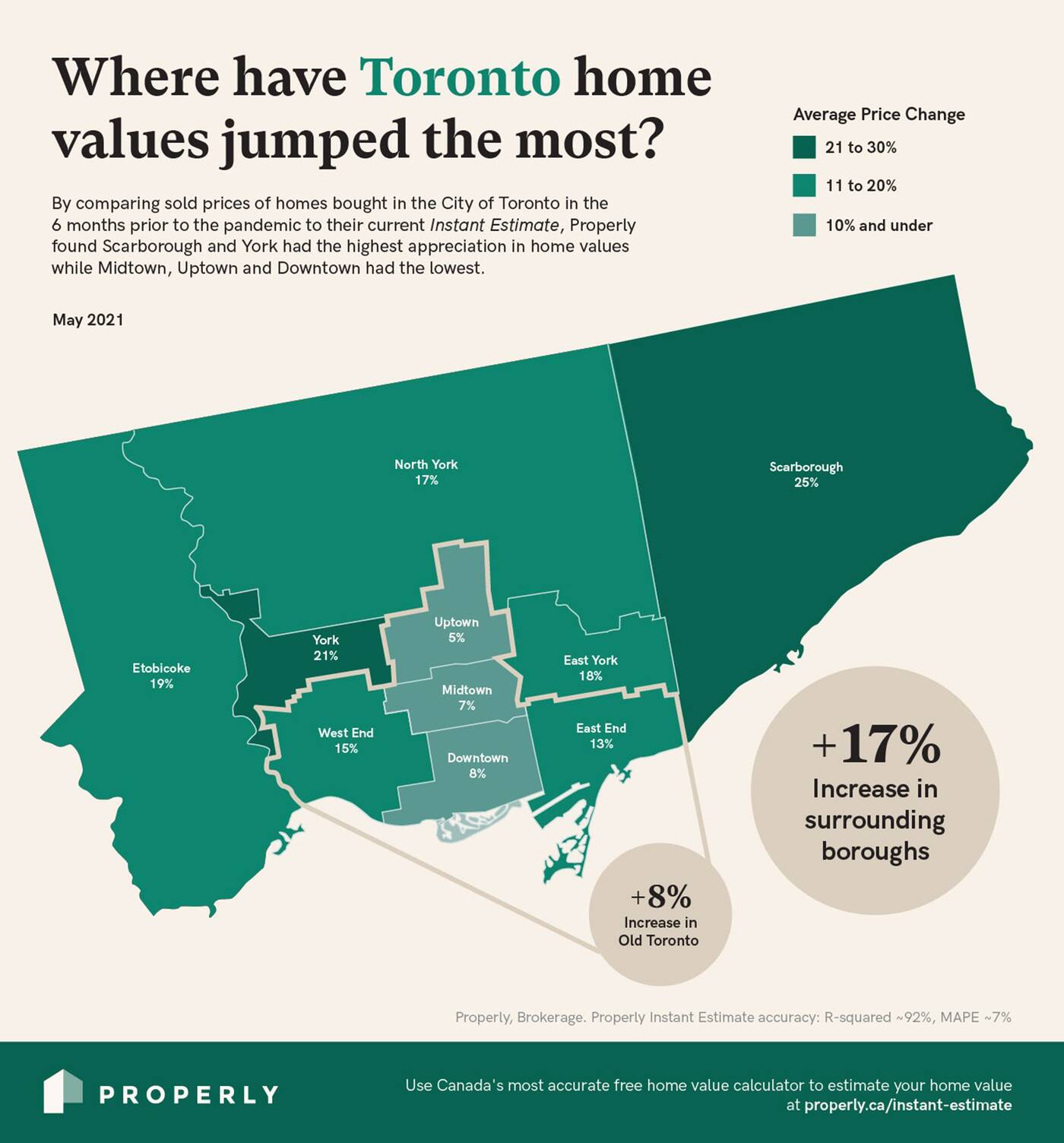 Infographic of how much home values have shot up over the course of the pandemic in various parts of the city, courtesy of Properly.

The busiest and most dense parts of the city increased the least, with downtown property values only going up eight per cent, midtown rising a meagre seven per cent and uptown even less: five per cent.

Those owning in the east end portion of the above map can expect to get 13 per cent more for their house now than before the health crisis, while those in what Properly considers the west end can expect 15 per cent more value. 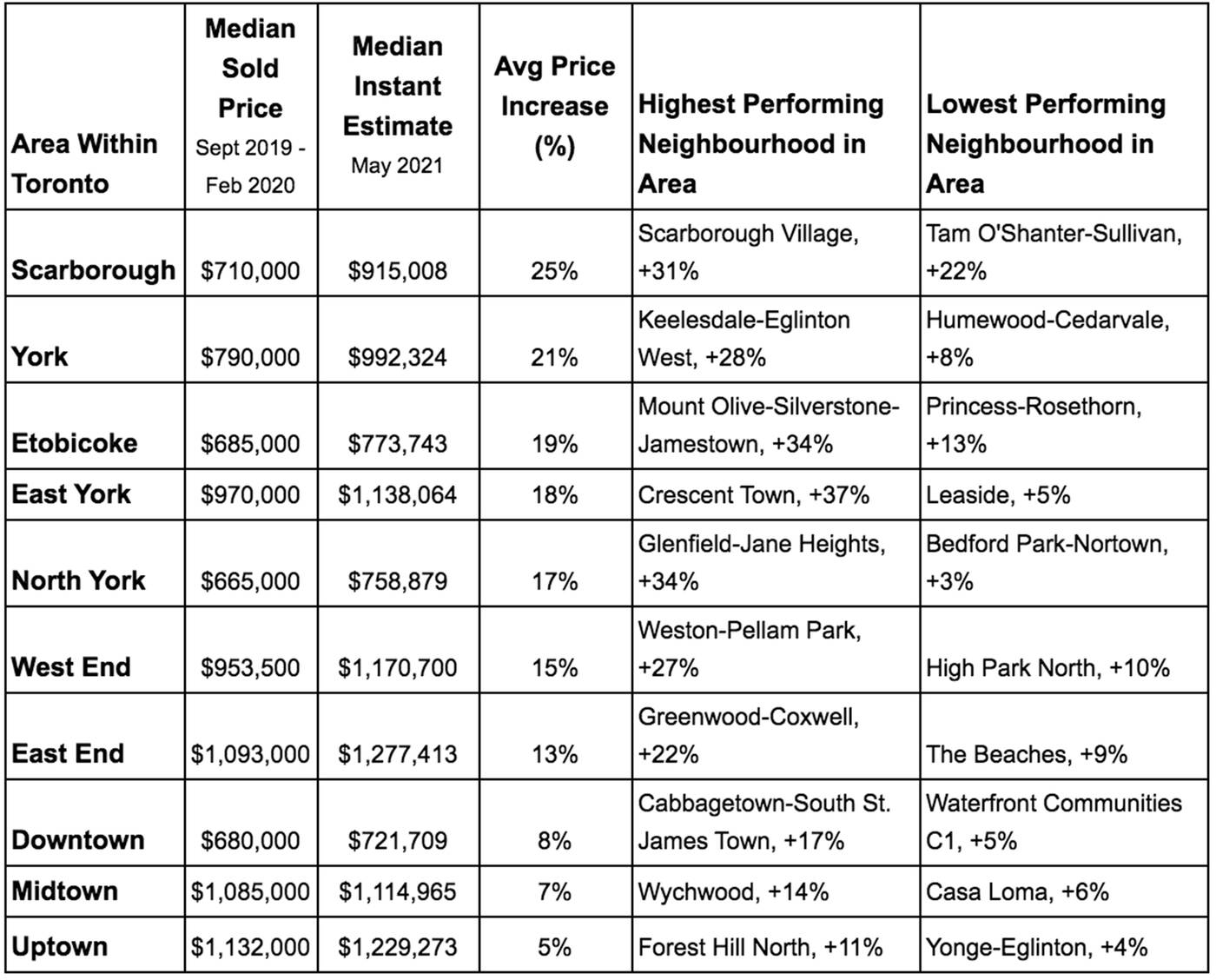 When comparing the current valuations, median prices are cheapest in downtown ($721,709), ostensibly due to the density of condos rather than detached homes, followed by North York ($758,879) and Etobicoke ($772,743).

The remainder of the regions assessed are closer to the average home price for the city proper overall, which hit just shy of $1 million earlier this year for a home of any size and $1.75 million for a detached house.

We all know, too, how common bidding wars and homes selling for more than the asking price in the city's hot market, at least parts of which may finally be chilling out at least somewhat on their own — but this is before the return of international students, ramped up immigration, travel, and other pre-COVID life realities.