After months of dealing with Amazon packages being dumped and then stolen at a Toronto apartment building, the building manager has had enough.

According to resident manager Loretta Ebsary, Amazon packages are being regularly dumped at the front entrance, at the office door, or in the mailroom of her Parkdale apartment building.

"They come in with a great big tote, dump them out and walk out the door," Ebsary says. "They keep piling the packages in front of the building and they keep getting stolen."

Ebsary says she can't always see the packages, and sometimes is out of the office when they arrive, and that she is getting more complaints from tenants about missing packages.

If she is around and sees the packages being dumped, she has confronted the delivery people and has been sworn at. People delivering Amazon packages have told her to "mind her own fucking business" or to "go fuck herself," she says.

Ebsary says she has called Amazon many times; on her most recent call, the customer service agent counted 15 complaints from Ebsary.

Esbary says this has been going on since November. Before that, the delivery people would take the packages right to people's doors. She believes the increase in online shopping during the pandemic, coupled with the Christmas season last year, brought on change.

Ebsary offers to put the elevator on service for delivery people with multiple packages for her 24-floor, 294 unit-building but some still refuse, saying they are too busy.

She realizes delivery people are under a lot of pressure to make many deliveries all over the city.

"I don't think they get enough time in the day to do what they are supposed to do."

Ebsary doesn't have time to call the residents when packages are dumped but she sometimes does anyway, says Christine, a resident in the building, who asked blogTO to use only her first name.

"It's kind of her to do it but it's not her job," says Christine.

Christine says she is paying Amazon to deliver the packages to her door but at the very least they should make her aware that the package is downstairs.

"I have had my package go missing ... I had one package opened and left in front of my door." 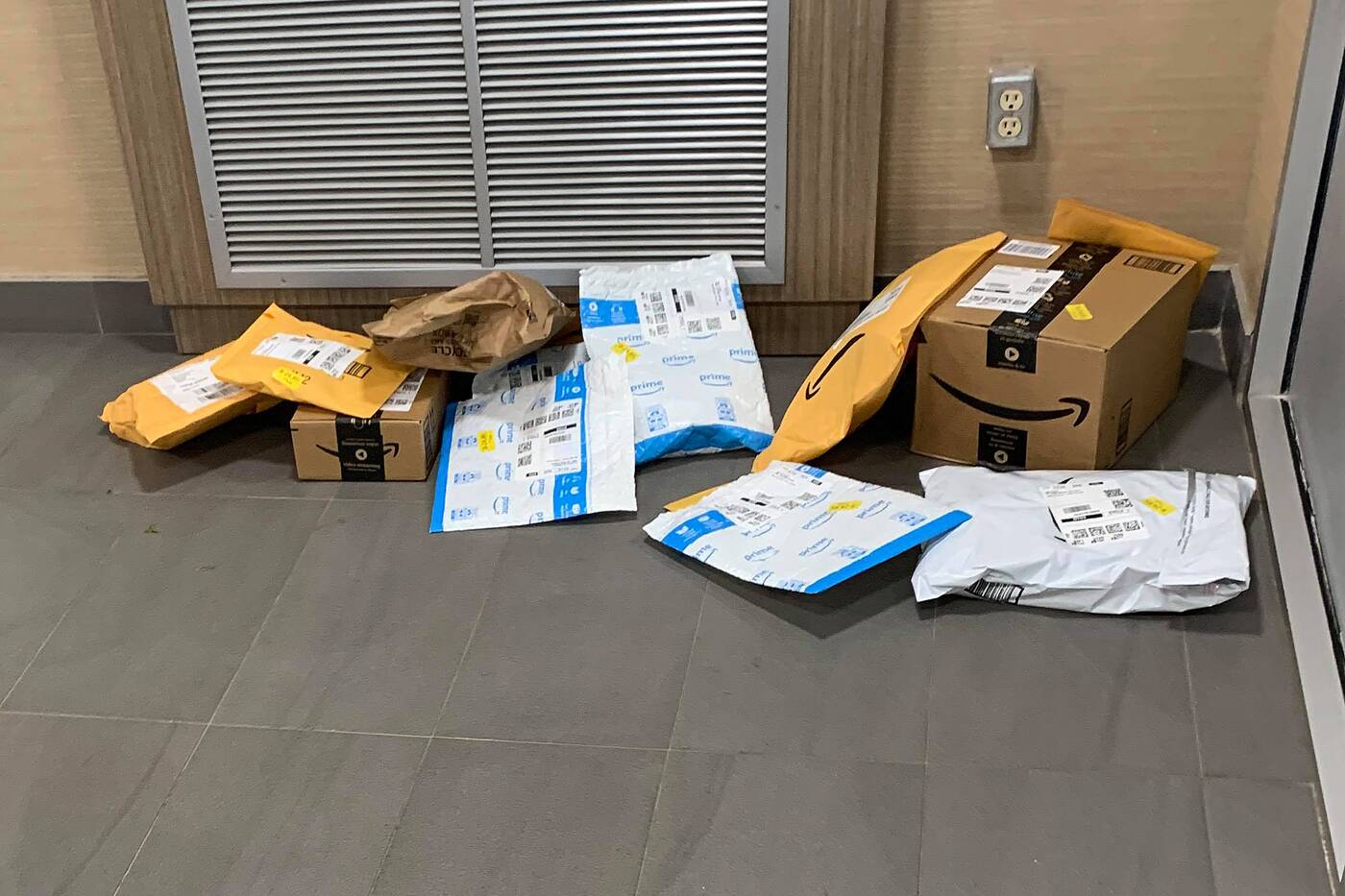 Amazon packages are often left just inside the doors of a Parkdale apartment building where they can be easily stolen.

As a result of blogTO's call, Amazon has launched a full investigation into the issue, says Vanessa Pontes, PR specialist, external communications for Amazon Operations.

She says Amazon will follow up with the building directly to hear their concerns and make sure expectations are met.

"The biggest challenge in developing a driver network is building great teams who understand their communities, and we think local small business owners do that best—they tap into their community to hire and develop great drivers," she says.

The vast majority of deliveries make it to customers without issue, she adds, and if something occurs, they work with customers directly to make it right.

Amazon customers can also use an Amazon Locker or counter location for package deliveries.