Toronto police have been alerted to three separate incidents in the span of three days in which a man intentionally spit on people on the TTC, and officers believe the same culprit is responsible for all three assaults.

Though only one victim has come forward, police believe all three were of Asian descent.

Police say they first responded to reports that a man had assaulted someone by spitting on them on the eastbound platform at Christie subway station on April 9 around 8:47 a.m., but the man fled the area before he could be caught.

Then, on April 11 around 11:12 a.m., police responded to a similar assault at Lansdowne station.

According to police media spokesperson Cst. Caroline de Kloet, this victim has come forward to say a man spat on her and then yelled anti-Asian slurs at her before threatening a bystander who tried to intervene.

Unfortunately, the man once again fled the scene on an eastbound subway train.

Later that same day, around 12:16 p.m., police responded to yet another report that a man had assaulted a woman at Wellesley station by spitting on her before immediately fleeing the area. 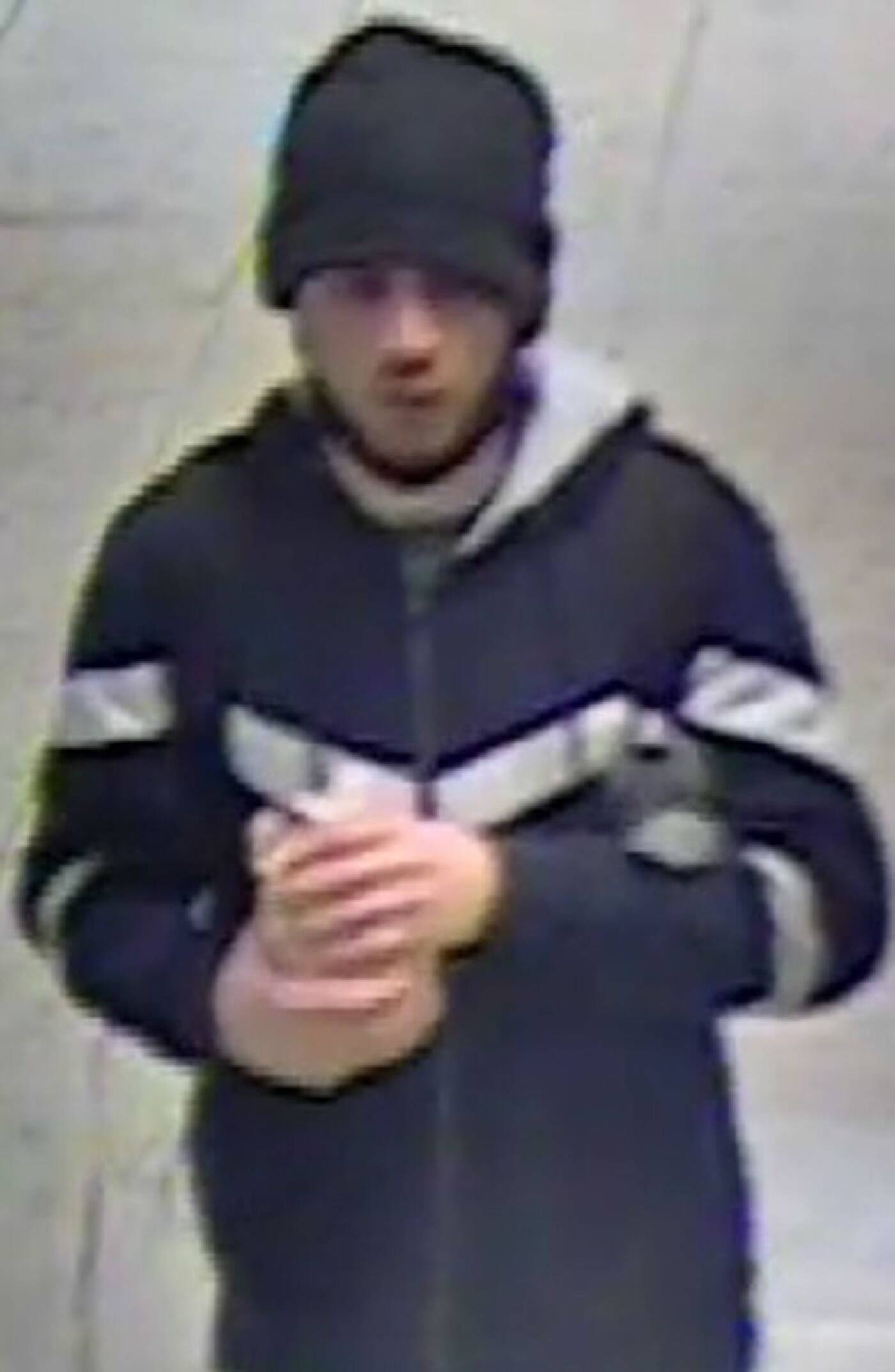 "Investigators believe the same man is responsible for all three assaults," reads a news release from police. "The suspect is described as 20-30 years old, 5'7", with a slim build. He was wearing a black hooded jacket with horizontal white stripes, black toque, black shoes and was carrying a black backpack."

Though the other two victims have not come forward, de Kloet says that based on witness statements, they too were of apparent Asian descent, and so the assaults are being treated as a hate crime.

Anyone who recognizes the man in these photos released by police is urged to contact investigators with the Toronto Police Service's 11 Division.