Gas prices in Toronto just saw an increase for the third month in a row, meaning drivers are emptying their wallets to fill up their tanks.

Remember the good days of the early 2000s, when the average price of gas was no more than 77 cents per litre? Those days are long gone.

Gasoline hit 118 cents per litre at Toronto self serve gas stations in February 2021. That's up 6.5 per cent from January, when prices were 110.9 cents per litre.

It was a 6.1 per cent increase from the month before that, when the price of gasoline in Toronto was 103.6 cents per litre in December 2020. 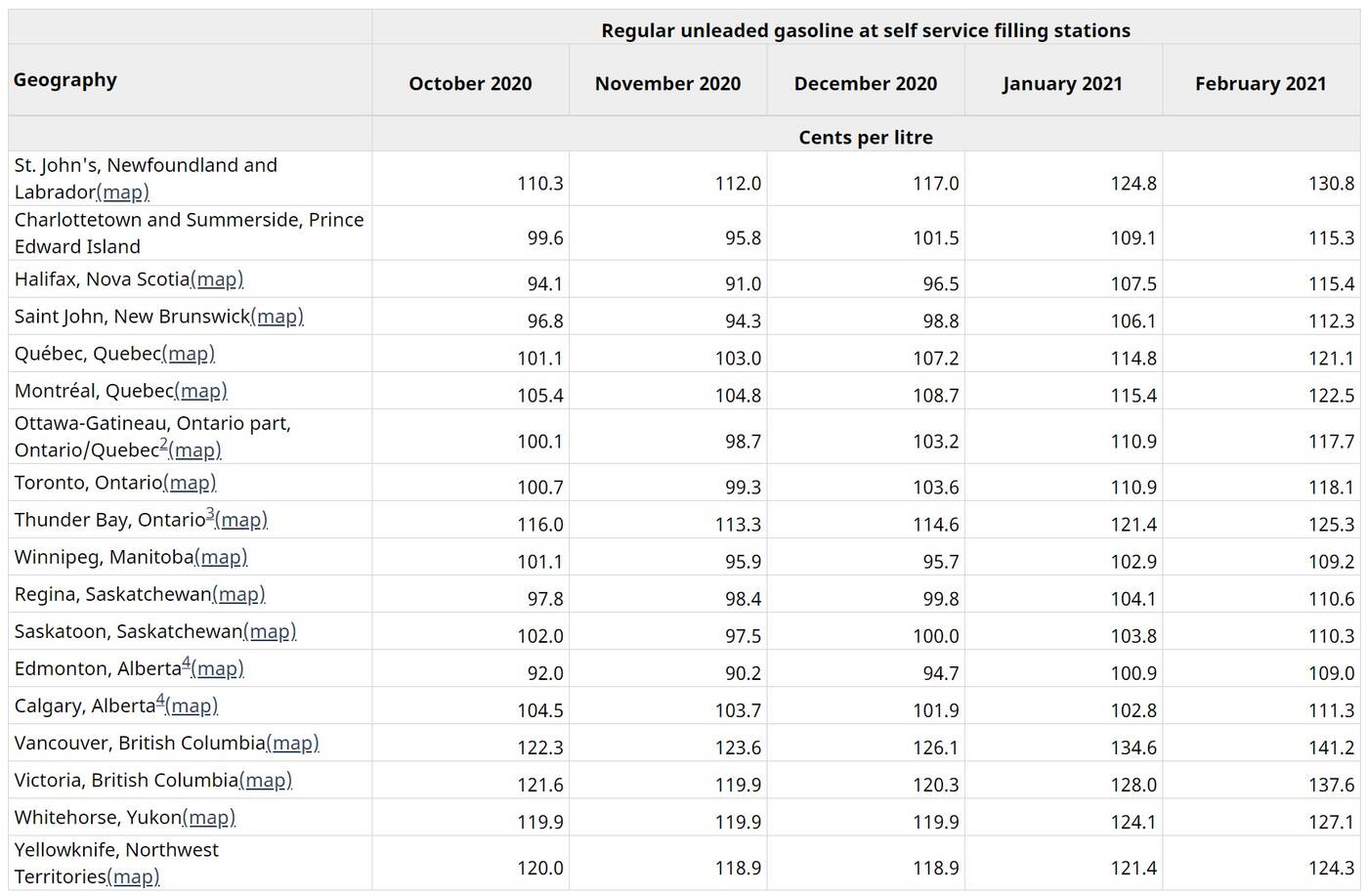 According to Statistics Canada, February was the first month since the pandemic hit where gas was more expensive than the same month in 2020.

Gas prices plunged in March 2020, at the onset of COVID-19, but StatsCan says the recovery is underway.

"The price increase comes amid a gradual recovery in global demand for gasoline, crude oil supply cuts in major oil-producing countries and weather-related shutdowns in the southern United States," according to StatsCan.

Toronto's gas prices are certainly not the most expensive in the country, compared to St. John's, Newfoundland and Labrador, where it was 130.8 cents per litre in February. Winnipeg and Regina continue to have some of the lowest numbers in Canada, despite also seeing price increases in the last three months. 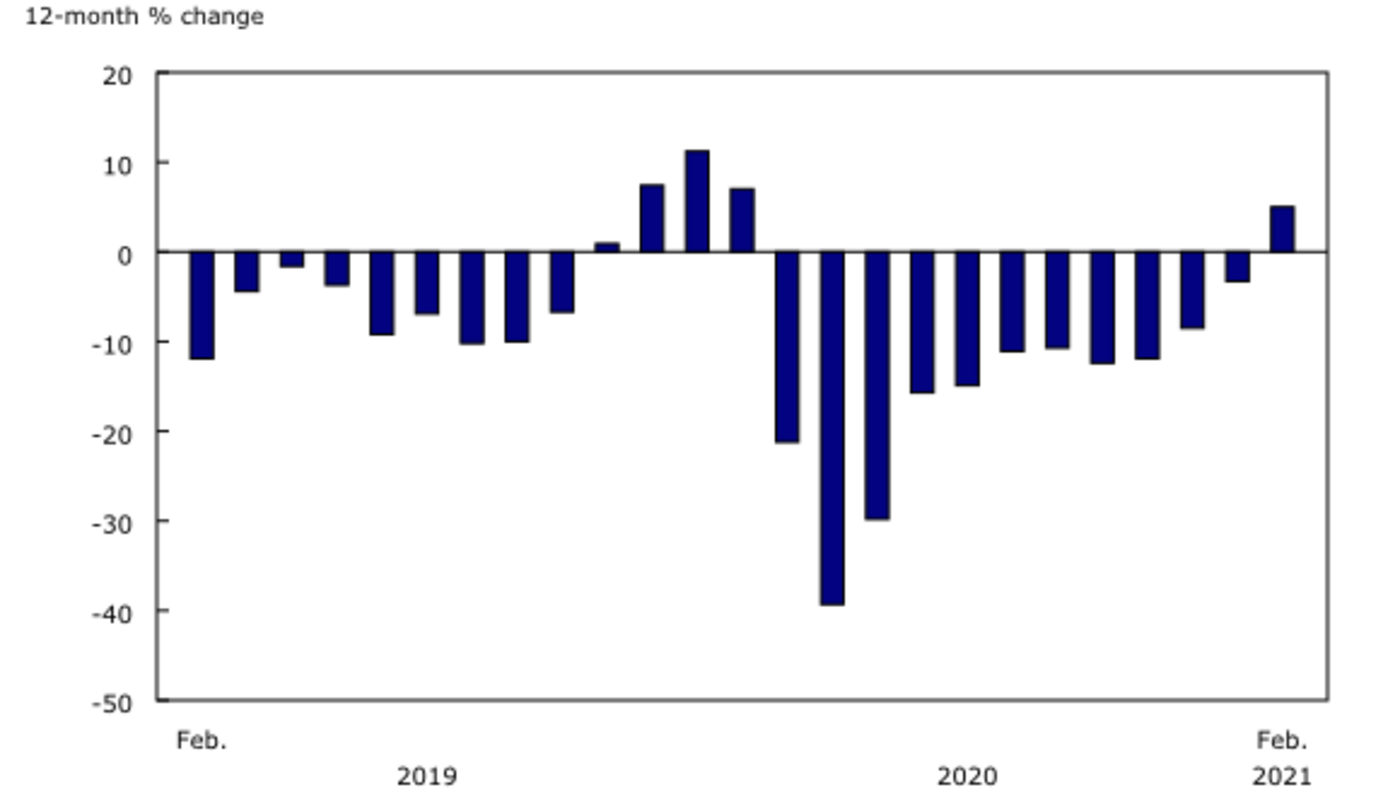 February 2021 marked the first month since COVID-19 started where gas was more expensive in the same month a year prior. Photo via Statistics Canada.

It's also not the most expensive gas Toronto has seen in recent years: June 2014 saw prices at a whopping 140.5 cents per litre.

It doesn't hurt any less, though, given that Canada is in the middle of a pandemic.

The hefty gasoline price Canada-wide is what's driving up the consumer price index countrywide, says StatCan, but other necessities are becoming pricier as well, including new homes and the increasing cost of household appliances.