Ah, 2020, the year we will forever remember as the one in which nothing even remotely fun happened and no one went anywhere at all.

People in Toronto and around the world had to forego vacations, concerts, sports games, parties, and absolutely every other normal life event that we never fully appreciated until they were cancelled.

Instead, we spent more time than we ever believed possible inside the confines of our own homes because we are respectable citizens that care about the health and well-being of others — and to that end, it was worth it.

Still, it's hard not to reflect back on all of our favourite happenings that we missed out on this year in a city that usually has all sorts of fun stuff going on at any given time.

Here are some of the major ones. 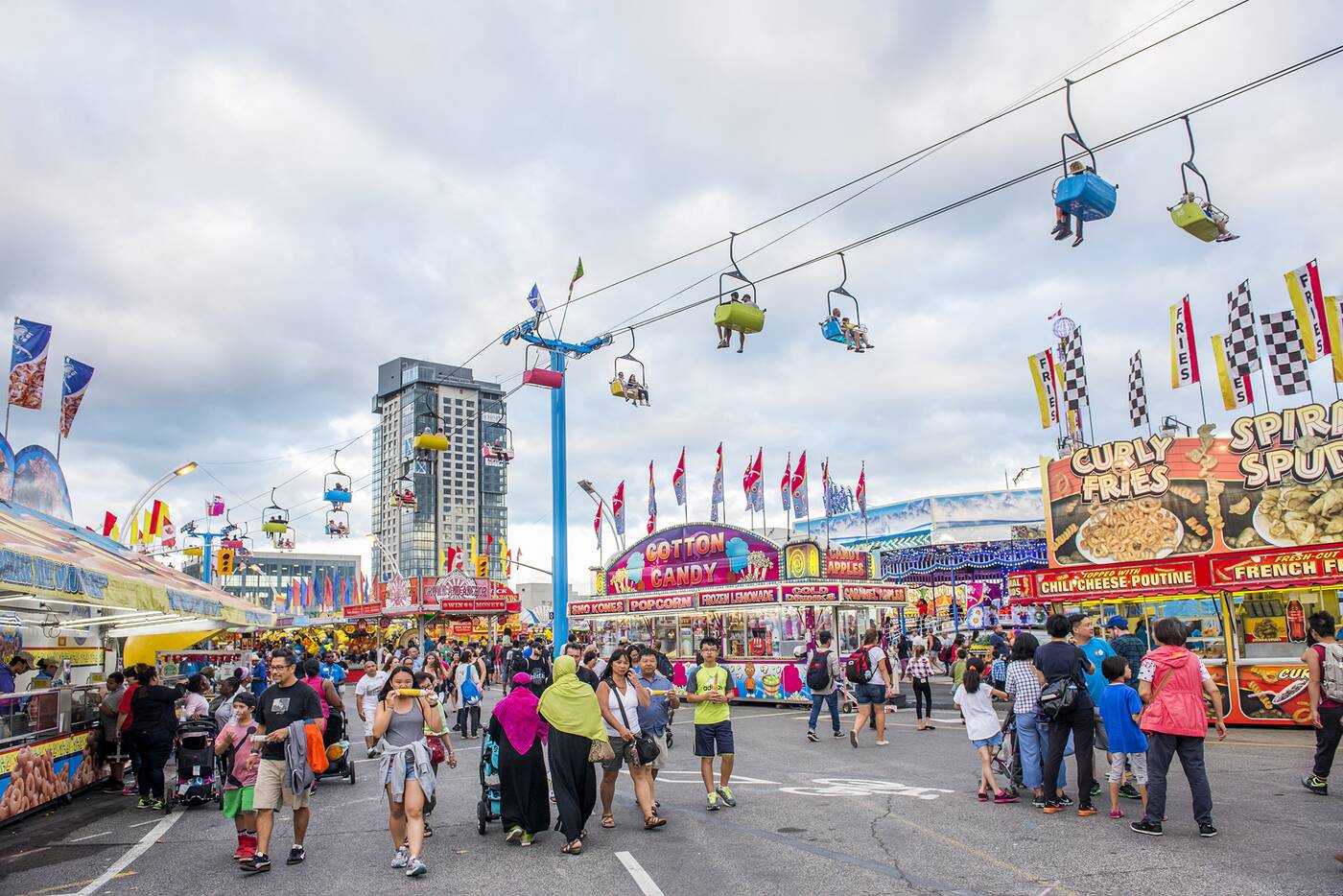 This one was a doozy, especially for those of us who have made the Ex a family tradition for most of our lives.

Running since 1879, the CNE is the biggest annual fair of its kind in the entire country, and draws visitors from all over the place to come enjoy its classic midway games, step on its thrilling rides (guessing the age of the Zipper's mechanisms while you're locked in is half the fun), and gorge themselves on more deliciously unhealthy food than their body can handle, among other family-friendly activities.

This year was the second time in the massive fest's tenured history that it was cancelled, the first being back in WWII, crushing the hearts of the millions who were looking forward to flocking there come August.

Toronto boasts one of the best Pride celebrations of the world, with a slew of phenomenal live performances, parties, markets, and its infamous parade.

The whole Church-Wellesley neighbourhood erupts into one big bash for the entire weekend, with celebrations happening all month long each June.

This year, the festivities went virtual, as they did with essentially every other event, which admittedly was just not the same. 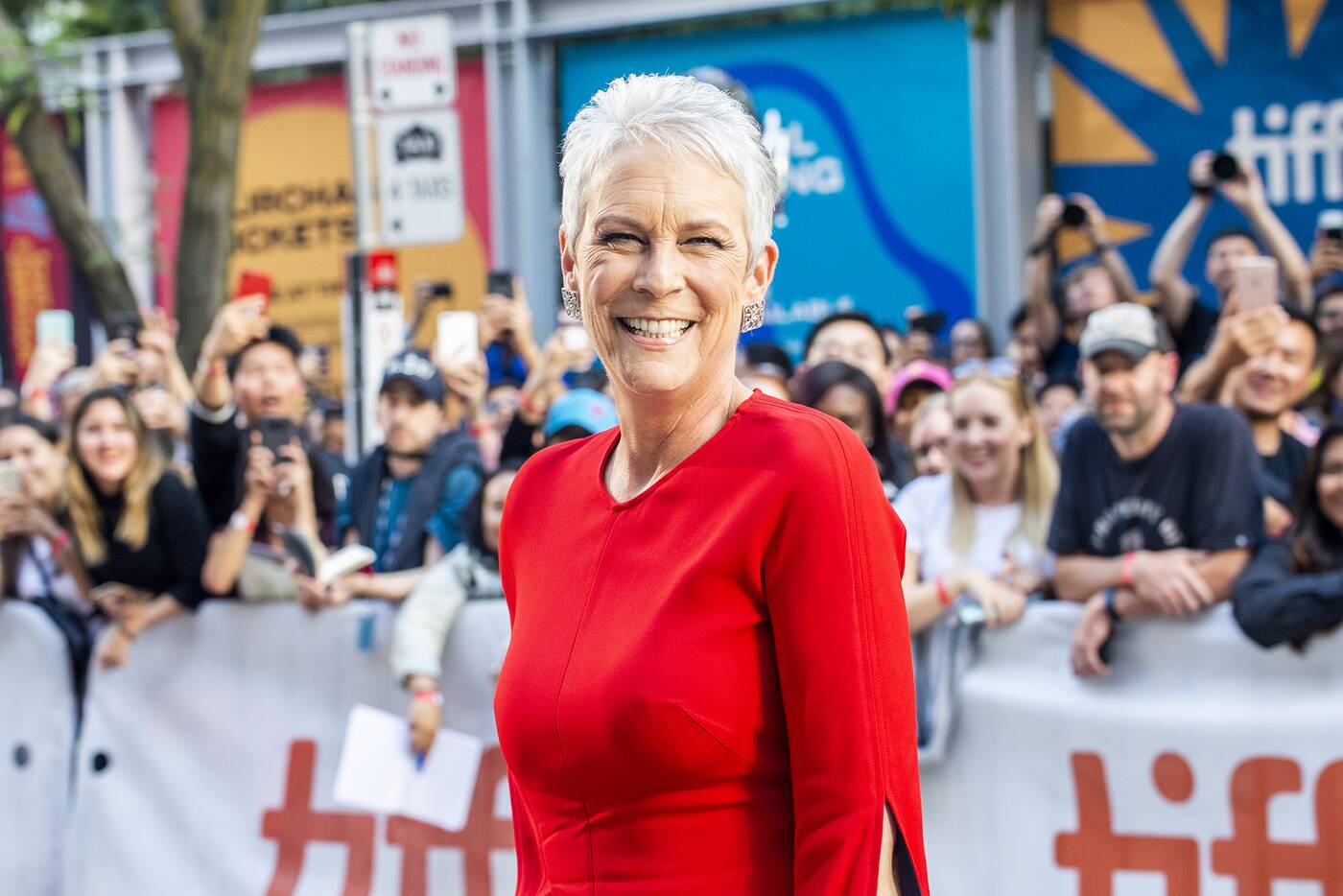 If you know anyone in Toronto who has a juicy celebrity run-in story, it probably took place during TIFF, the time of year when A-listers flood the city for film premieres and swanky parties.

Of course, Hollywood north was a lot less exciting in 2020, with the festival and those like it, such as HotDocs, having to move largely online.

Still, organizers made do with innovative physically distanced drive-in screenings and virtual awards ceremonies and conferences, though the lively atmosphere that the event usually provides was notably lacking in the downtown core.

Fingers crossed that we'll be able to resume our celeb spotting and in-person movie viewing next summer.

You don't have to be an art critic to appreciate Nuit Blanche, the curated festival that electrifies the city for an entire night each year.

It's the only time you'll find unfathomably huge throngs of people crowding city streets until the wee hours of morning, and it really is a one-of-a-kind experience to layer up, pack up some warm drinks (alcoholic or otherwise), and get out to see some phenomenal pieces by artists from both Toronto and afar.

The dusk-'til-dawn event sees as many people in about 12 hours than attractions like the Ex do in as many days, and it's often the unofficial pop-up installations that make the overall mesmerizing experience.

Only another 10 months until we can hope to experience it again. 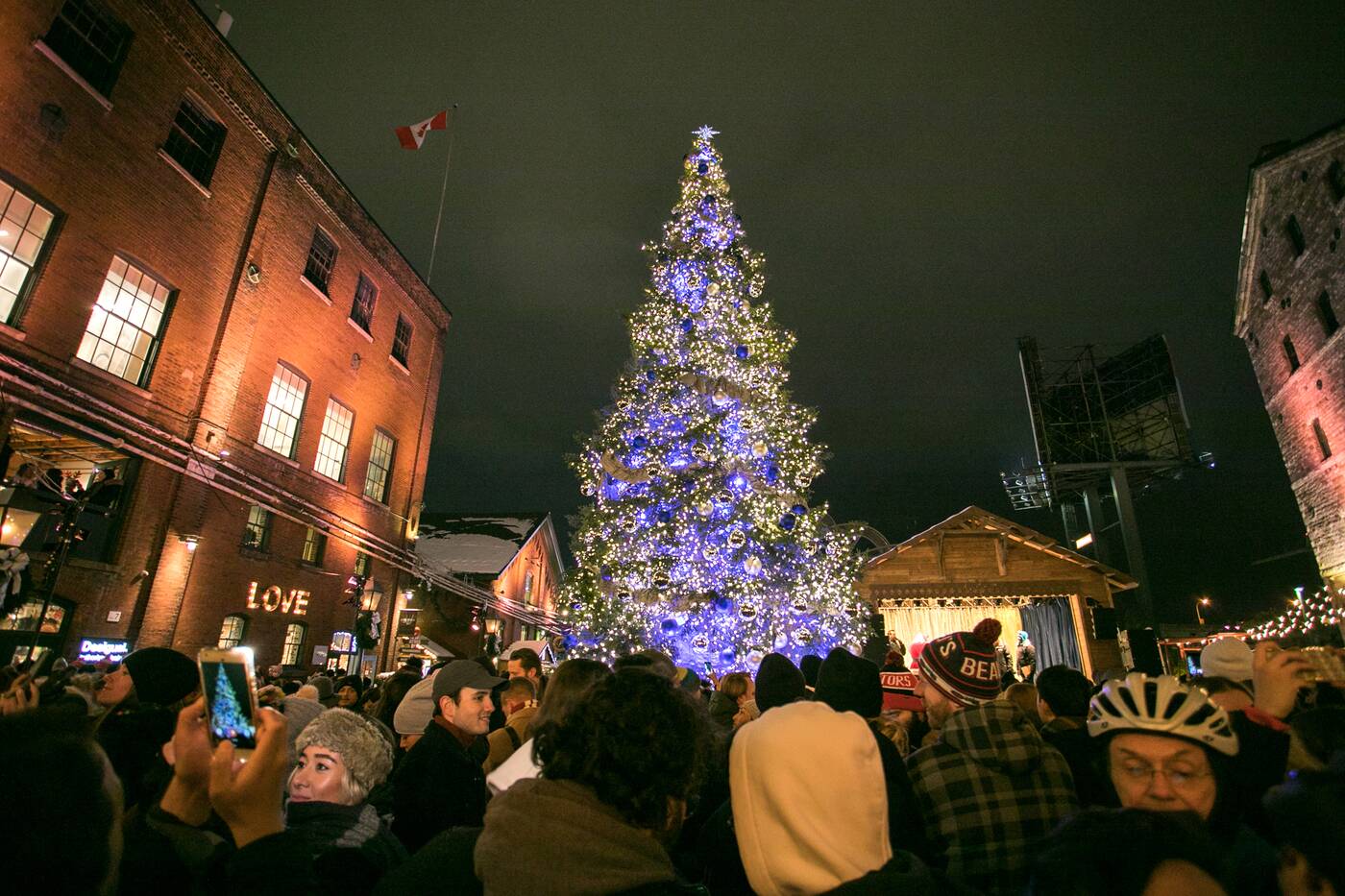 If there's anything that will get you in the mood for the holidays, it's the Toronto Christmas Market, which illuminates the city's historic Distillery District each winter.

Making mulled wine on the stove at home and shopping for Christmas knicknacks online does not at all compare to roaming the rows of vendors in their adorable little cottages as you sip and snack under the glow of string lights, the sound of live carollers in the background.

This year, binge-watching holiday classics while setting up the tree will have to suffice.

Toronto's food scene manages to cater to every taste, from melt-in-your mouth gourmet pastas and pizzas to fluffy baos and juicy dumplings to tummy-filling roti with a kick, and everything in between.

And what better way to celebrate all of our divine dining experiences than through days-long festivals where residents can wander and eat to their hearts' content?

This year, foodies missed out on Taste of the Danforth, Taste of Little Italy, Taste of Manila and all of the other delicious food events that showcase all the cuisines our city has to offer.

Even if we didn't get to try them out in-person in recent months, with so many restaurants on the brink of closing down for good after such a tough year, the best way to celebrate them is by continuing to order dishes for takeout and delivery. 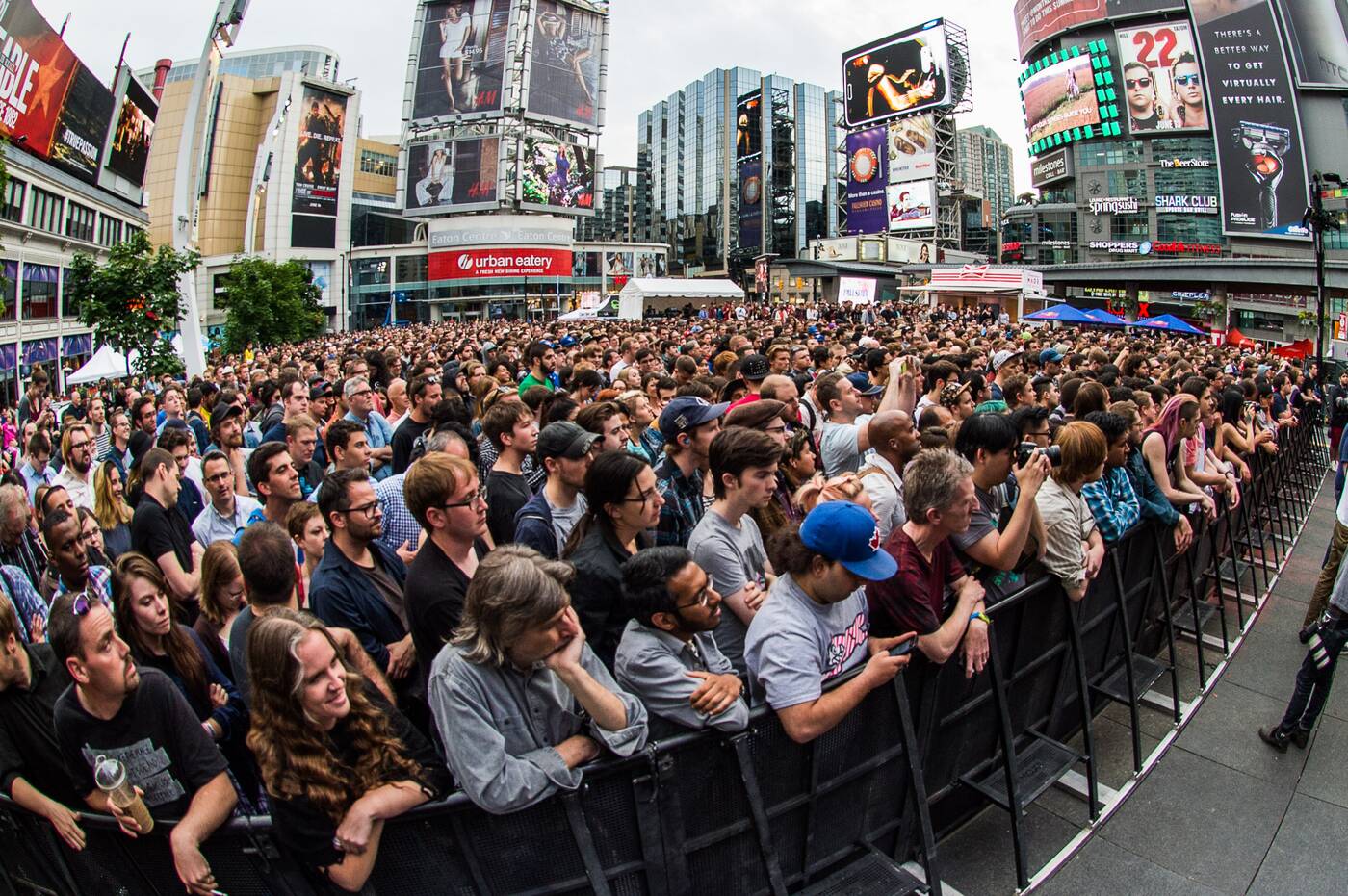 Does anyone remember what it's like to be in a venue enjoying a live show at this point?

This year has presented a massive blow to the music industry here at home and everywhere, with some iconic venues closing down permanently and others still asking for our help.

Twenty-twenty devastatingly meant no tours, no festivals like Canadian Music Week and NXNE, and no performances at all, save for the ones streamed online.

Hopefully we can pick up where we left off with all our favourite arists ASAP in the New Year.

Santa Claus sadly did not make it to town this season, at least not in the way most of us are used to seeing him: anchoring the annual Santa Claus Parade as it snakes its way through the city, spreading smiles and cheer along the route.

But, the team really did pull out all the stops for the pandemic iteration of this year's event, which took place without in-person spectators at Canada's Wonderland, and included performances by Dolly Parton and Kelly Clarkson. 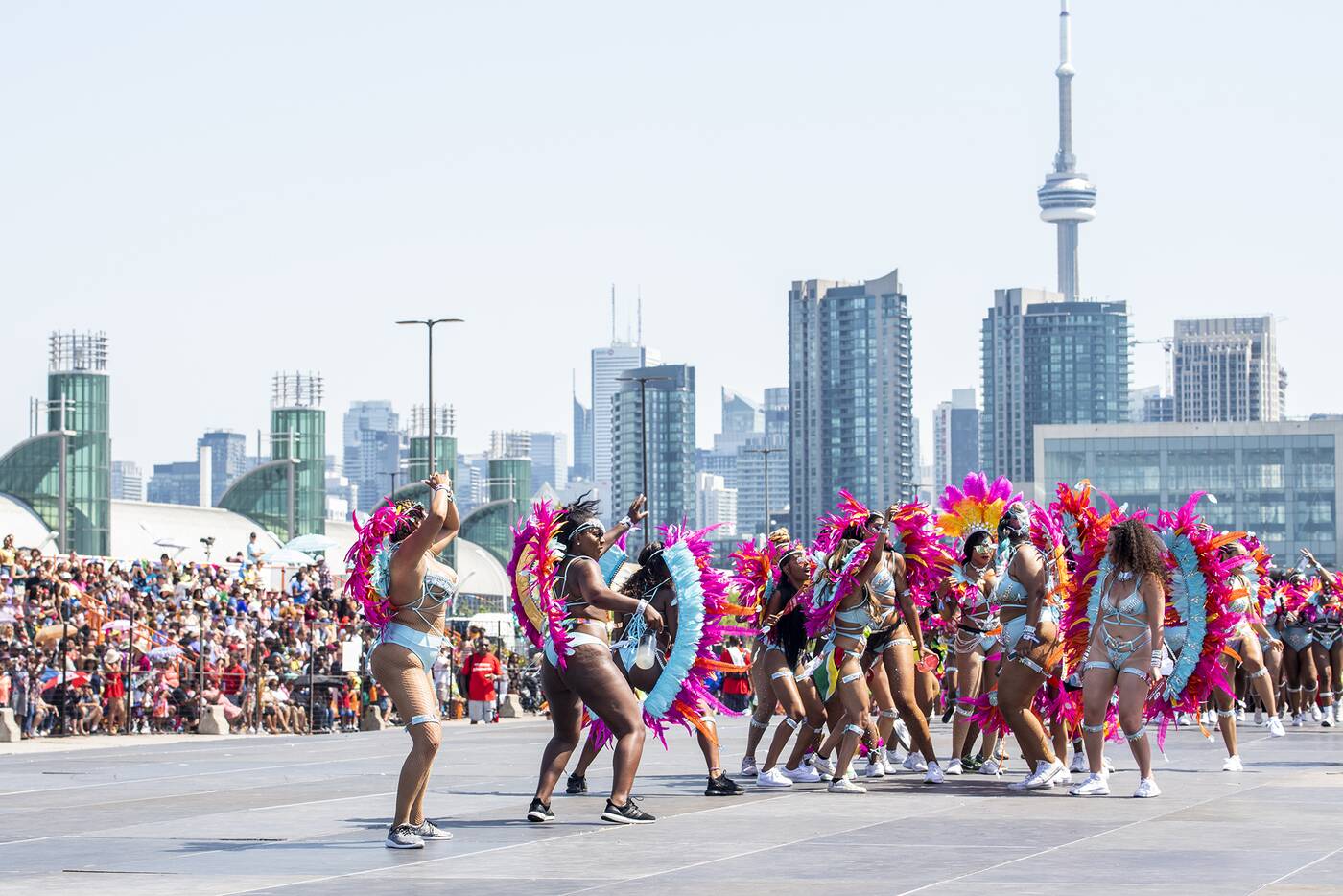 This massive street carnival and lavish lakefront parade celebrating Caribbean culture is not one to miss with its elaborate and colourful costumes, music and unstoppable energy.

It garners an estimated million visitors over the border from the U.S. at the height of each summer, providing an enormous bump to our local economy.

Another opportunity to relish in the mouth-watering offerings from Toronto restaurants was missed this year with the loss of Summerlicious, the annual event that offers three-course prix fixe menus to try out all that our best establishments have to offer.

Luckily, its winter counterpart, Winterlicious, managed to take place before restaurants were locked down in the spring, while a delivery program called isolish took the place of Summerlicious in April. 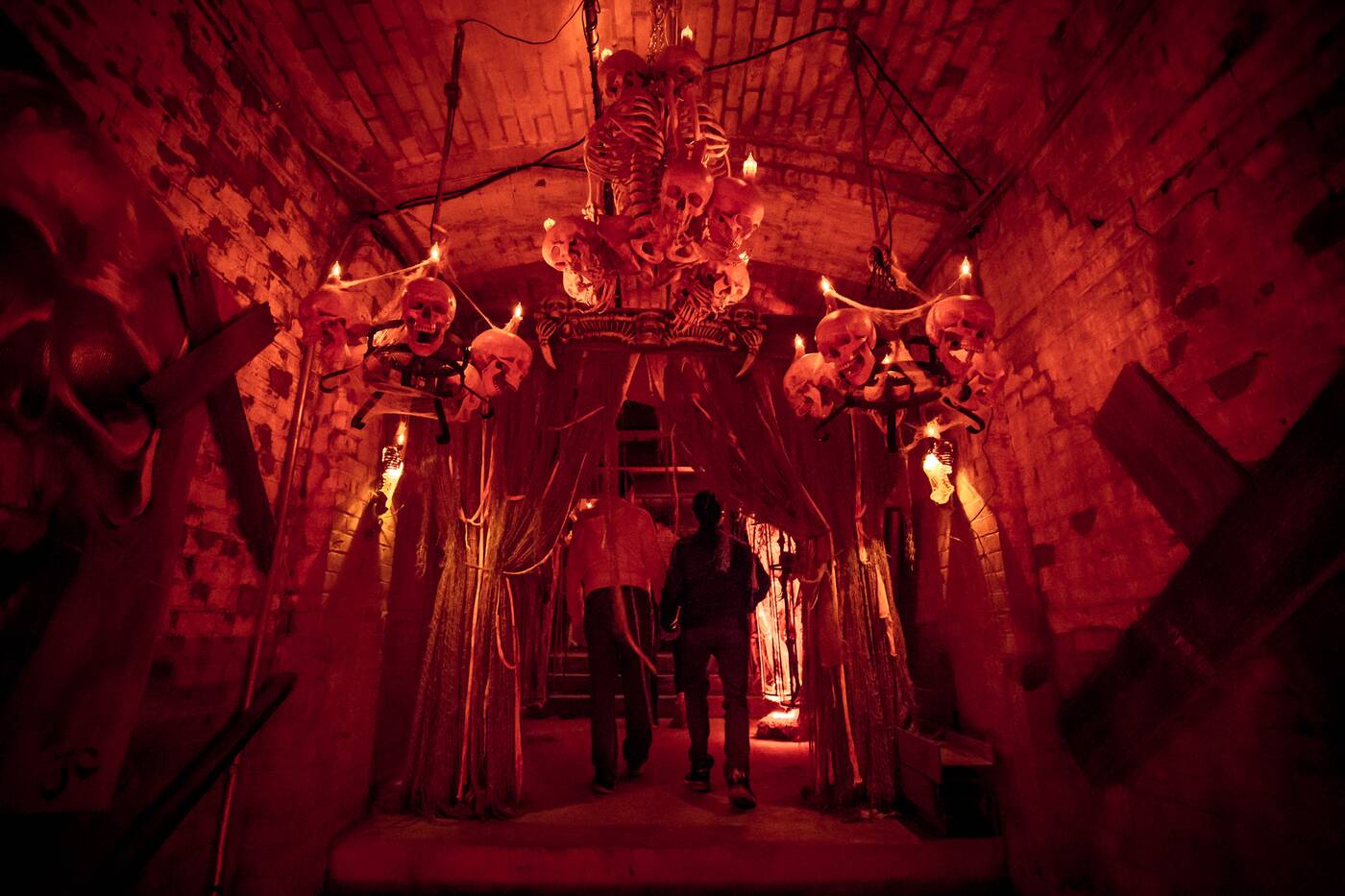 Casa Loma's Legends of Horror, the CNE grounds' Screemers, Canada's Wonderland's Halloween Haunt; if you're a fan of spooky season, these are all the must-dos each fall the big day on Oct. 31.

Unfortunately, navigating labyrinthian haunted houses — hanging gauze in your face and all — while huddled up with a bunch of frightened strangers isn't the most sensible when a deadly new virus is going around (though it is scary).

Toronto's 106-year-old castle managed to transform its attraction into a more physically distanced event at the last minute this year, but the others were tragically cancelled.

How lovely that the province is on the brink of a drastic blanket lockdown as we move into the holidays.

With private indoor gatherings completely prohibited and people being asked to stay home and away from friends and family, New Year's Eve is bound to be extremely anticlimactic for the lot of us who are usually able to pick from dozens of celebrations.

We'll just have to ring in 2021 and pay homage to a dismal 2020, quite fittingly, from the comfort of our couches.