Toronto neighbourhood springs into action against racists who tore down sign

A Toronto neighbourhood banded together against racism after an ugly incident in November.

Resident Susan Tiihonen of the Pocket, a community just south of the Danforth off Jones Avenue, told blogTO a sign she made in support of the Black and Indigenous Lives Matter movement this summer was torn down on Nov. 25.

Tiihonen said one of her tenants heard some people yelling "hail Hitler" and "f--- Black Lives Matter" before proceeding to tear down the sign.

"I wasn't actually that surprised just because of the amount of backlash against Black Lives Matter and Indigenous rights across Canada," Tiihonen said.

She had made the sign to take a stand against racism in June.

"The injustice is so infuriating and I wanted to show my support and solidarity," she said. 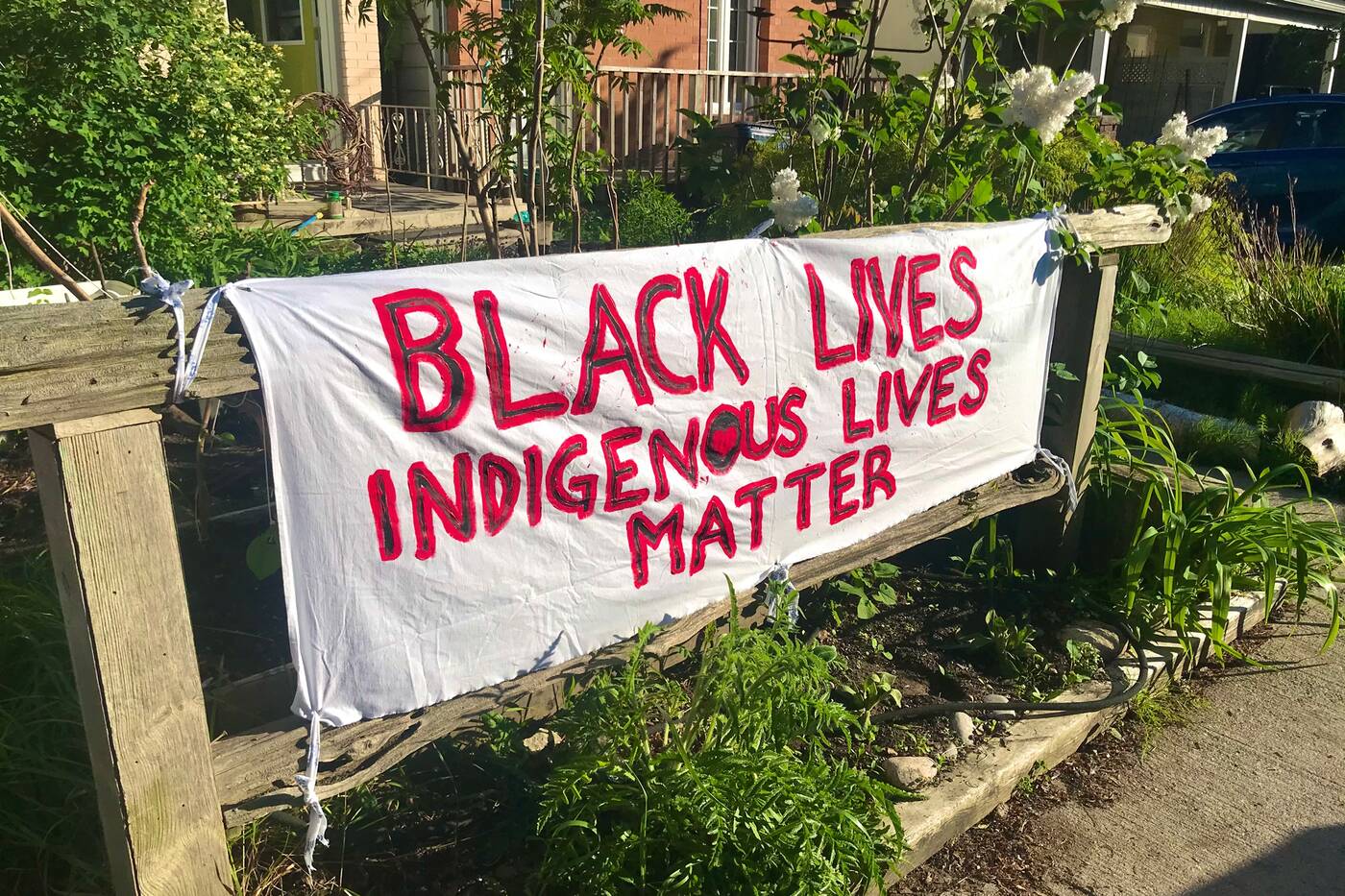 The Pocket resident Susan Tiihonen made this sign in June during the Black Lives and Indigenous Lives Matter movement. It was torn down in November.

Originally from Thunder Bay where racism is rife, Tiihonen feels strongly about the injustices Indigenous people have faced.

"Indigenous rights are so important to me because this is the land we live on – there is just so much disrespect and violence," she said.

She reported the incident to police and then posted on her neighbourhood Facebook group.

A small group of concerned people decided to re-create the signs and offer them to anyone who wanted to purchase them.

The east end neighborhood raised more than $1,400 through sales of the signs that were made to replicate Tiihonen's original. Now, 110 lawn signs blanket the neighbourhood.

"There has been demand beyond what we made," she said.

The funds are being donated to a local Indigenous non-profit, the Sweet Grass Roots Collective.

Tiihonen said the response was "a beautiful show of support to our neighbours who face racism and bigotry day in and day out."

She was happy people wanted to show their support.

"There are People of Colour and Indigenous people in our neighbourhood and I can't even imagine what that felt like," she said.

She hopes the signs shows the community allyship and people looking to support change.