Giant Santas are absolutely everywhere in Toronto this holiday season

Toronto streets are being taken over by giant inflatable Santa Clauses this winter, and it's not just in Kringlewood.

The inflatables, which are available from major retailers such as Canadian Tire, Walmart, Home Depot and Amazon, come at a high price, ranging anywhere from $40 to $250. 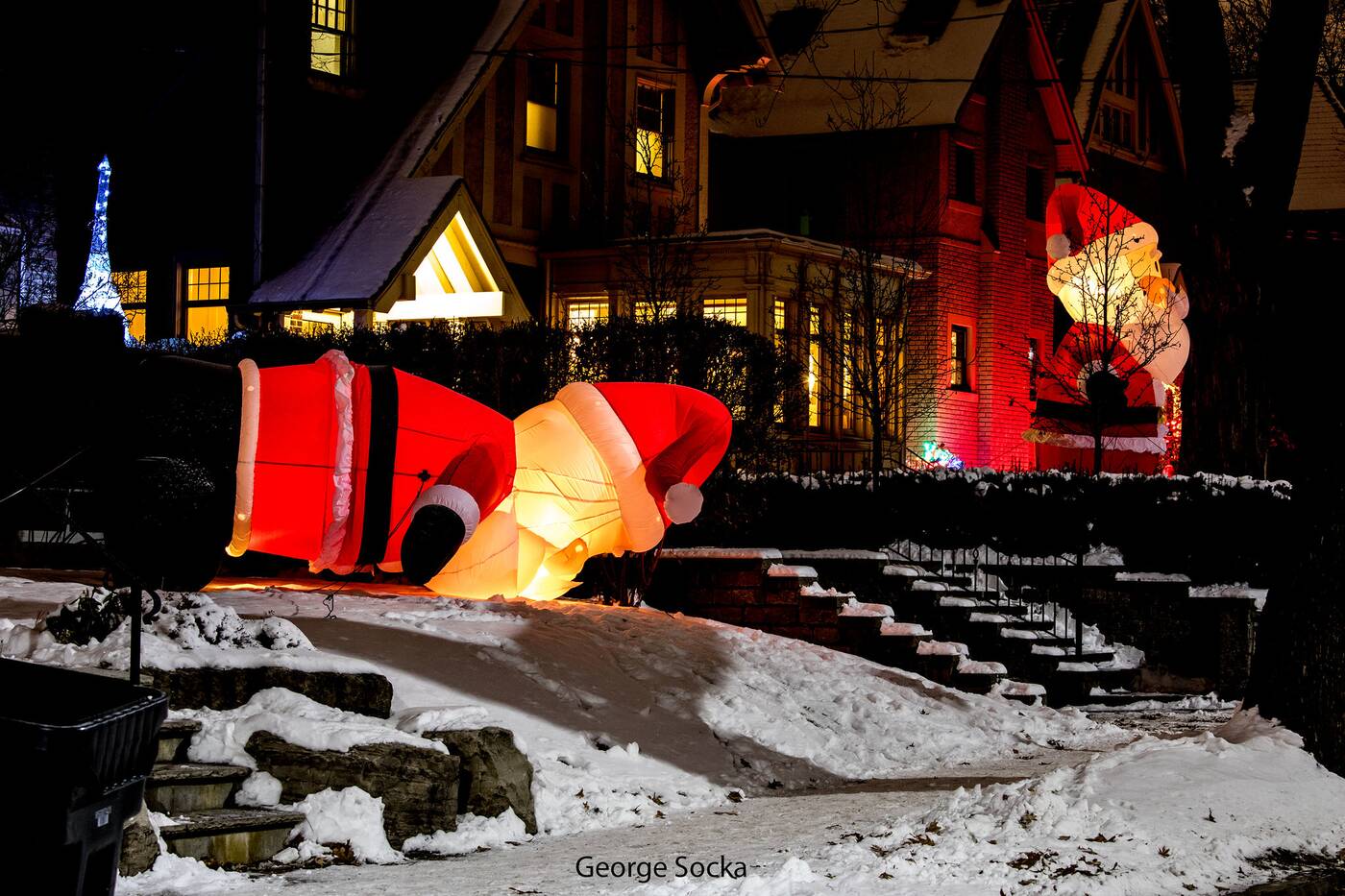 Inflatable Santas have been seen in Kringlwood for years, but now are becoming popular across the city. Photo by the camera is a toy.

The popular 14-foot Santa seen in Kringlewood costs $249.99 from Canadian Tire and includes stakes, tethers and a built-in fan.

Madison Dolman works at the customer service desk at a Toronto Canadian Tire and says that they have seen huge interest in the product this year. 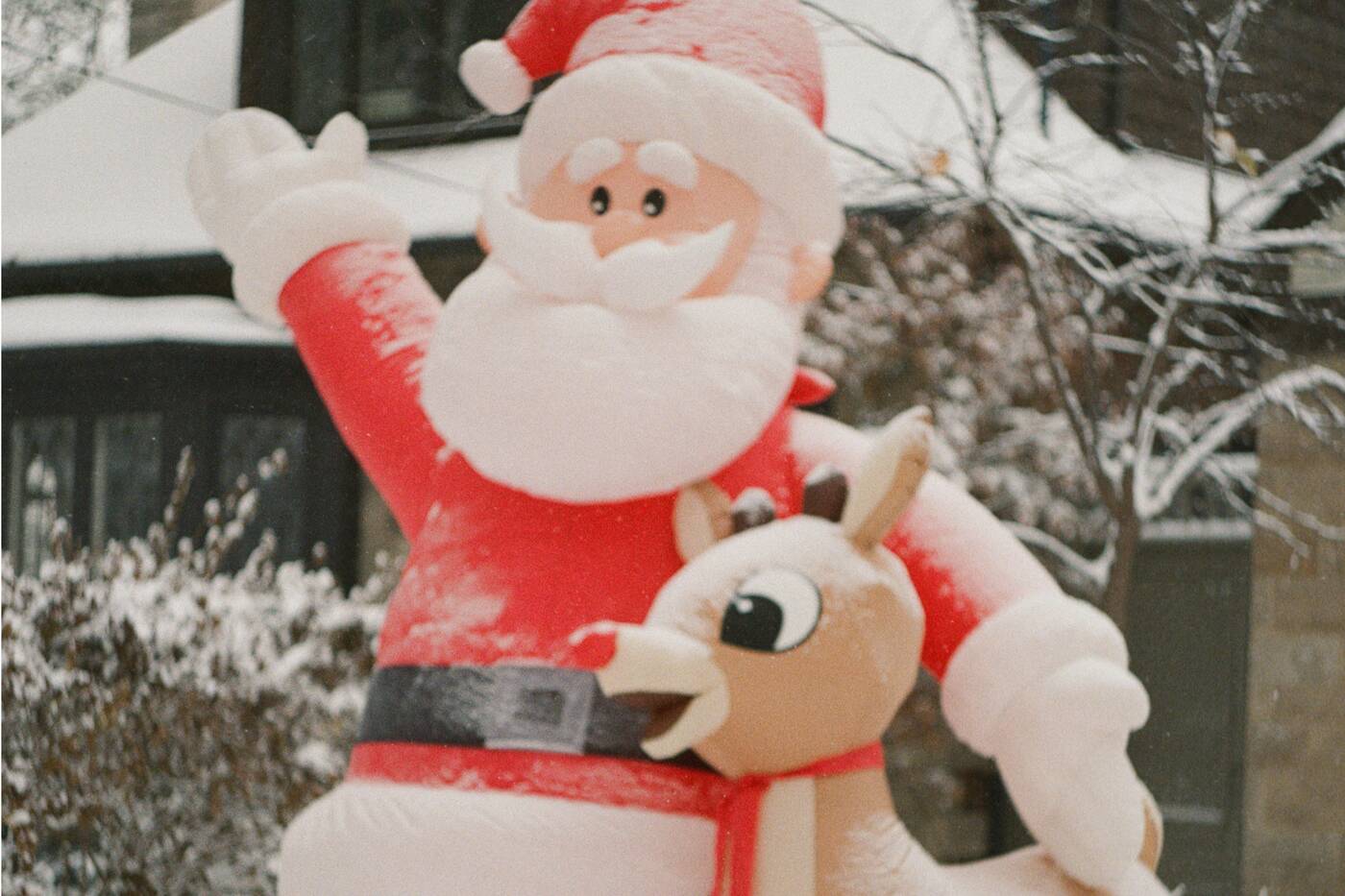 Santas are often seen alongside their trusted reindeer. Photo by alex_virt.

"After they were put on the shelves, I began to notice a huge spike in inflatable Santas, snowmen and other animated 3D figures being sold. More people were buying them around the end of November and beginning of December and we sold out, which hasn't happened in years," she said.

You know it's the holiday season when the token Italian family on the most Jewish street in Toronto puts a 20-foot-high inflatable Santa on their lawn. 🤣😎🙃 #Toronto #JewishToronto #Christmas2020 pic.twitter.com/v8jGPi7tNu

Despite the cost, they've become increasingly popular on residential streets and family-friendly Toronto neighbourhoods. "It’s usually middle-aged parents with little kids coming in to buy them, I don’t think I’ve seen anyone older than about 45-50 even walk out of the store with one," said Dolman.

Gemmy, an American company that dominates the seasonal decor market, is one of the most popular and well-known brands of the inflatable characters.

"I think it’s safe to say we have 90, 95 plus per cent market share," Steven Harris, vice president of product development at Gemmy told Marketplace last year. They even have some Canadian best-sellers, such as Santa being pulled by raccoons and inflatable beavers.

Despite their popularity, not everyone seems to be a fan of these modern decorations. Some people going as far as calling them ugly and tacky.

I don't like eggnog or those giant inflatable light-up Christmas lawn decorations. Does this make me basically Scrooge?

However, with Toronto retail stores closed and social gatherings banned due to COVID-19, people have been forced to find alternative ways to celebrate the holidays.

Lots of organizations and companies have put together their own Christmas attractions, with lights, decorations and exhibits. So it's not surprising that more people have been inspired to decorate their own yards this year.