Garden of Future Follies is located on the corner of Front Street and Bayview Avenue in the Canary District and contains a group of about 10 peculiar-looking bronze figures. 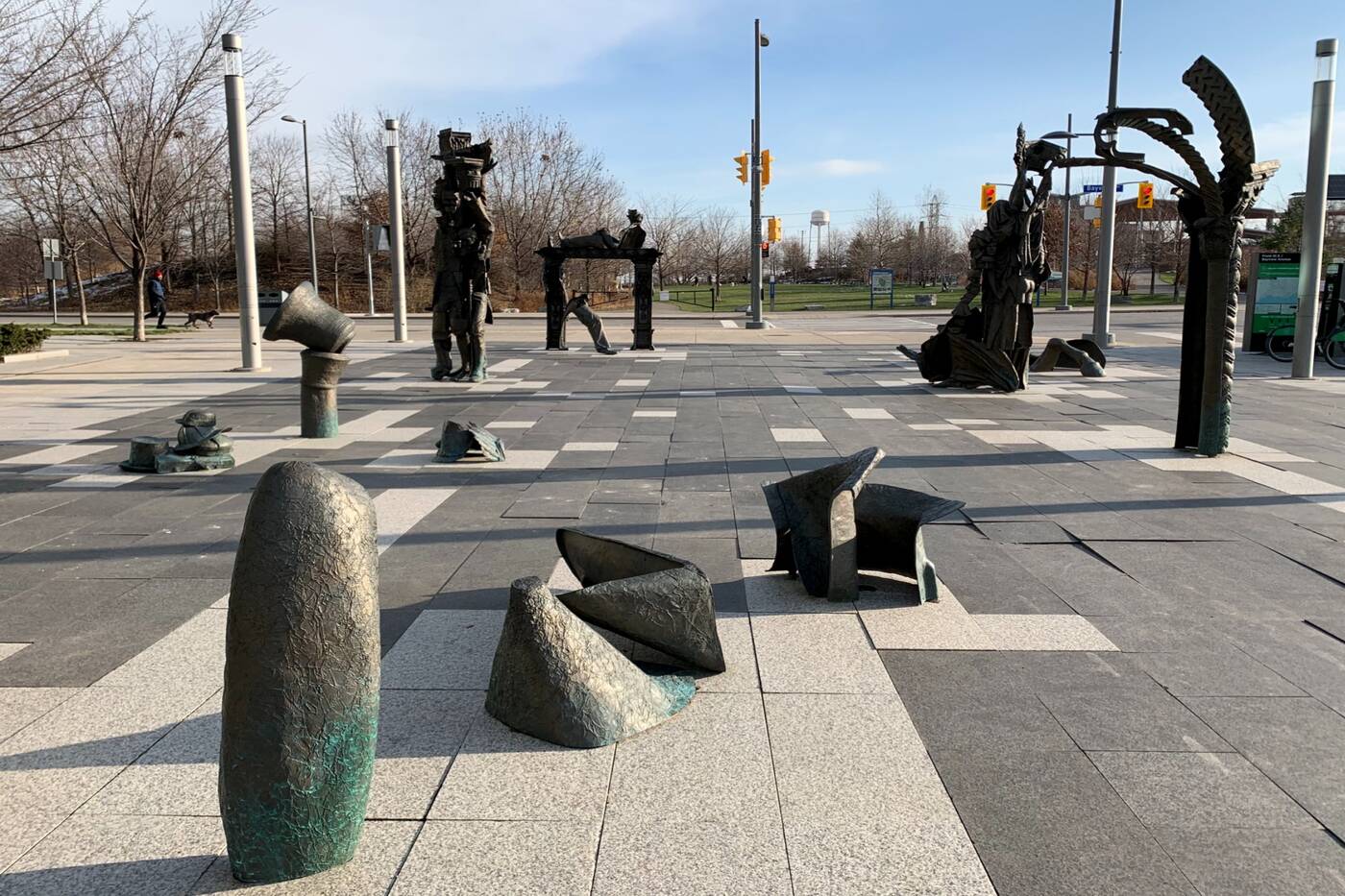 This permanent public artwork was commissioned by Waterfront Toronto back in 2016.

Featuring ill-assorted eyes and mouths, hands for feet, and stand-alone horse hooves, the mismatched sculpture garden brings together elements from over 80 existing public sculptures, monuments, and architecture from all over the city. 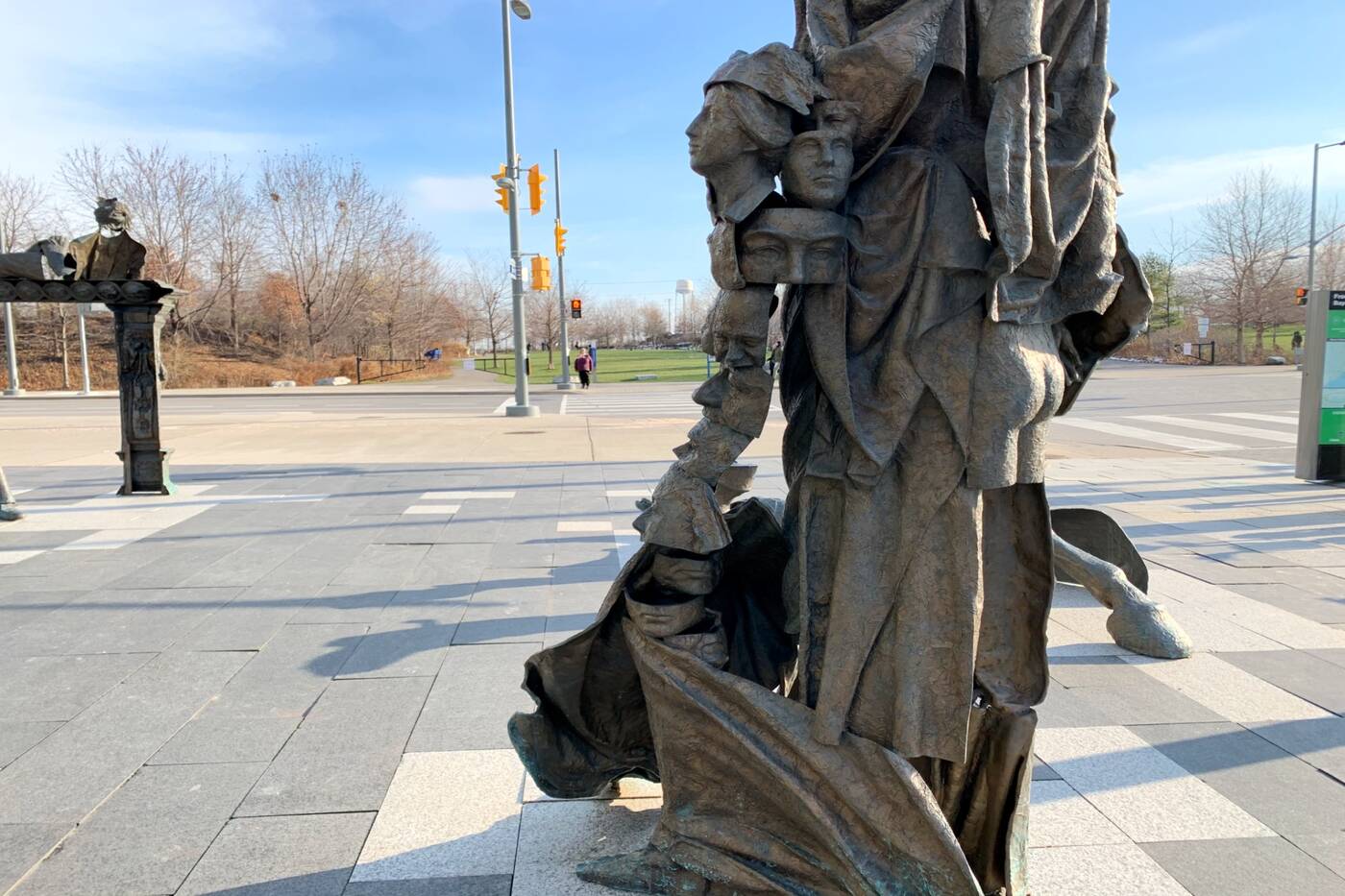 The sculptures bring the past to life by incorporating a number of existing monuments and public sculptures from around Toronto.

The existing works were fragmented and rearranged by the Canadian-born and Berlin-based artist duo Hadley Howes and Maxwell Stephens to form a new and imaginative cast of characters. 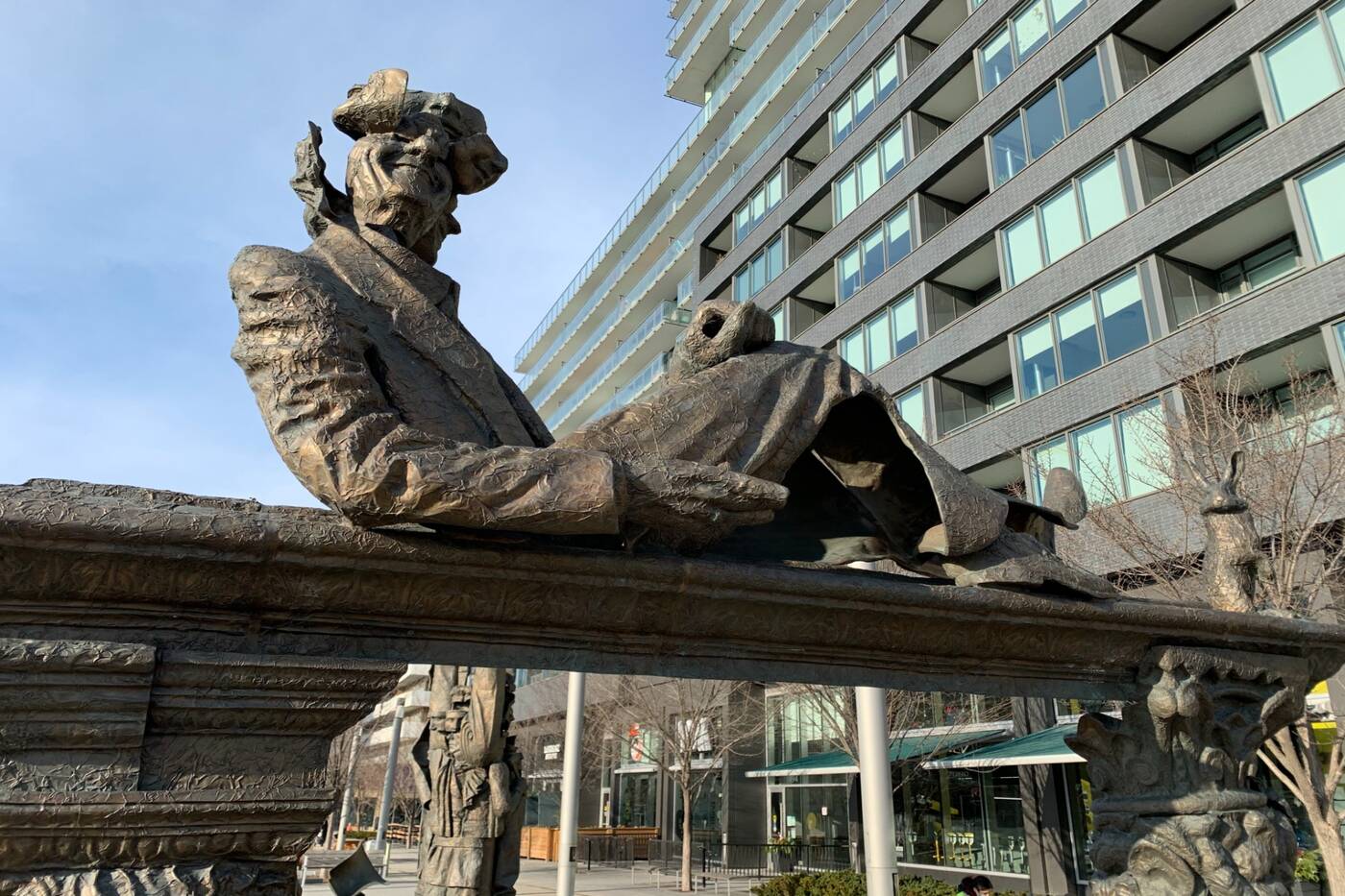 The collection of unusual characters invites people to explore and interact with the city’s history.

The sculptures were created using a “cinefoil” process, which uses a thick aluminum foil material pressed against an object to take its shape.

The aluminum impression is then used to create a mold and cast a bronze version of the original. 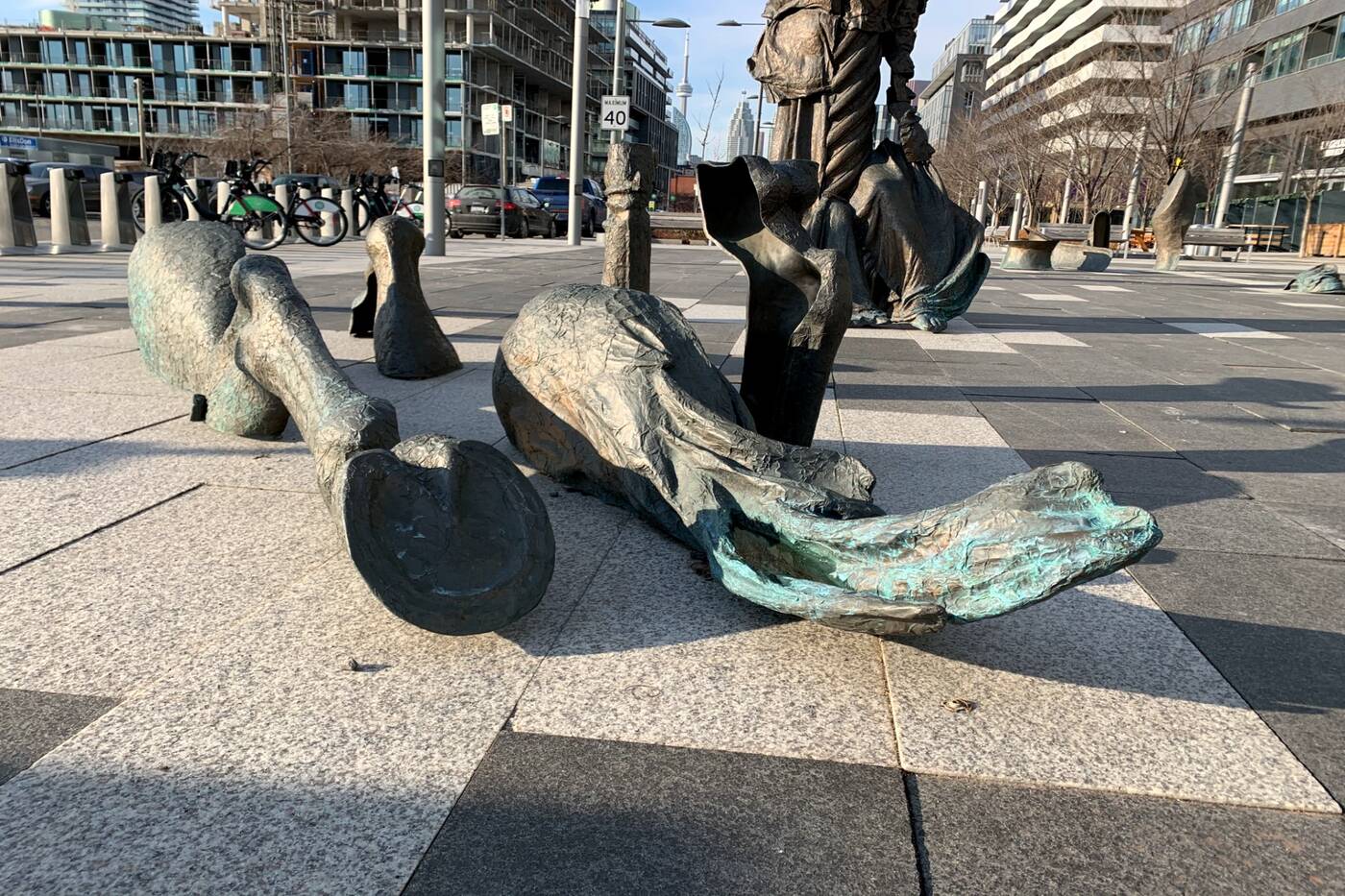 The 10 or so sculptures are scattered throughout the site, with some laid on the ground.

The sculptures are based on the idea of a folly – an ornamental and purely decorative structure popular in 18th and 19th-century parks and gardens – but with a slight twist. 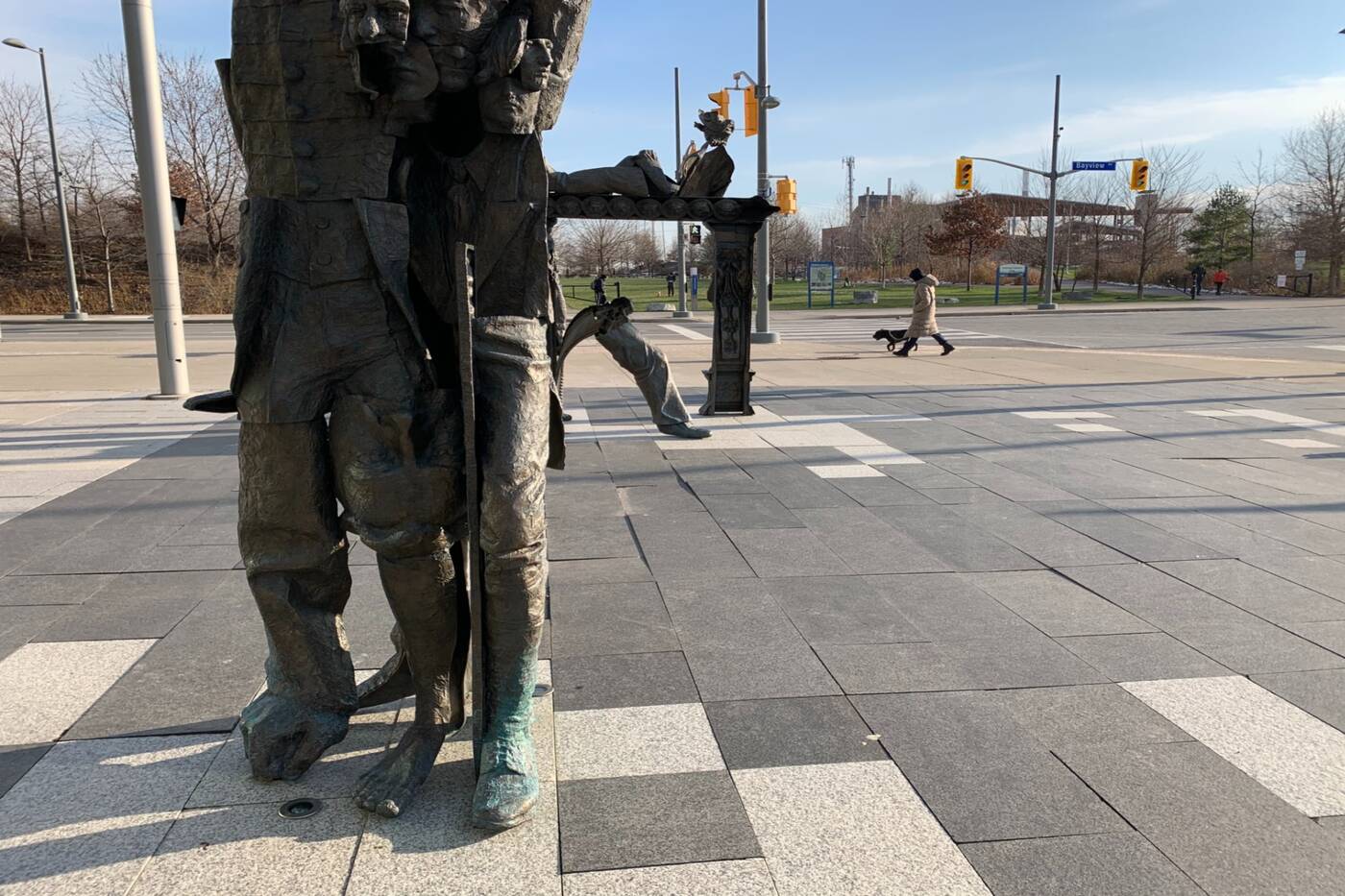 The sculptures are based on the fanciful garden ornaments of 18th and 19th century France and England.

The monuments that the characters have been pulled from are typically high above the street and out of reach whereas the Garden of Future Follies is entirely street-level. 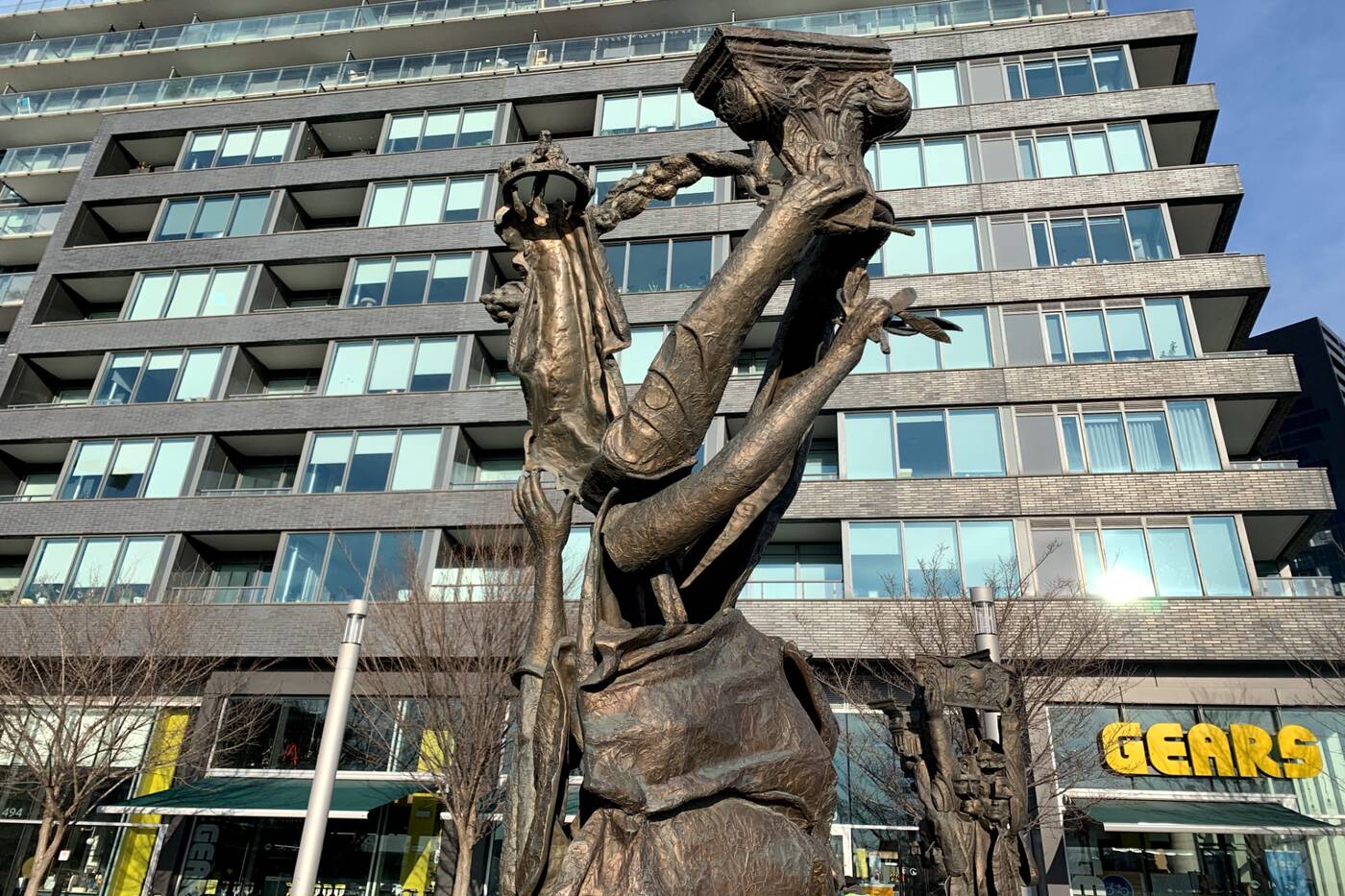 The fascinating sculptures are surrounded by condominium buildings, restaurants and retail stores.

Many of the figures are low to the ground with the taller ones of the group reaching three metres (10-feet) high, making most of the interesting bronze faces eye-level to anyone exploring the area. 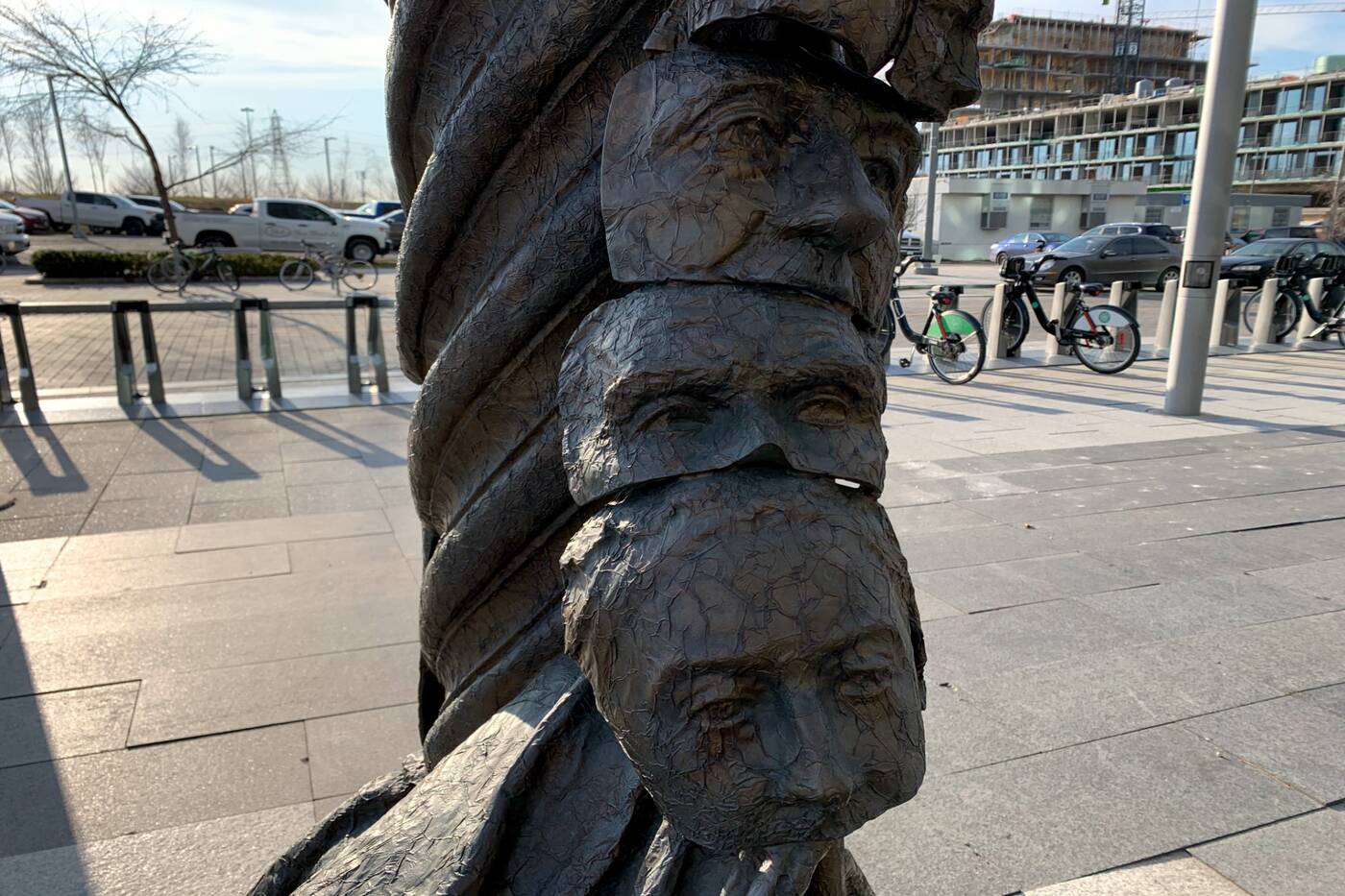 You can see the detail and expression of the sculptures up close as they're right at eye-level.

The sculptures also sit just across the street from Corktown Common Park. 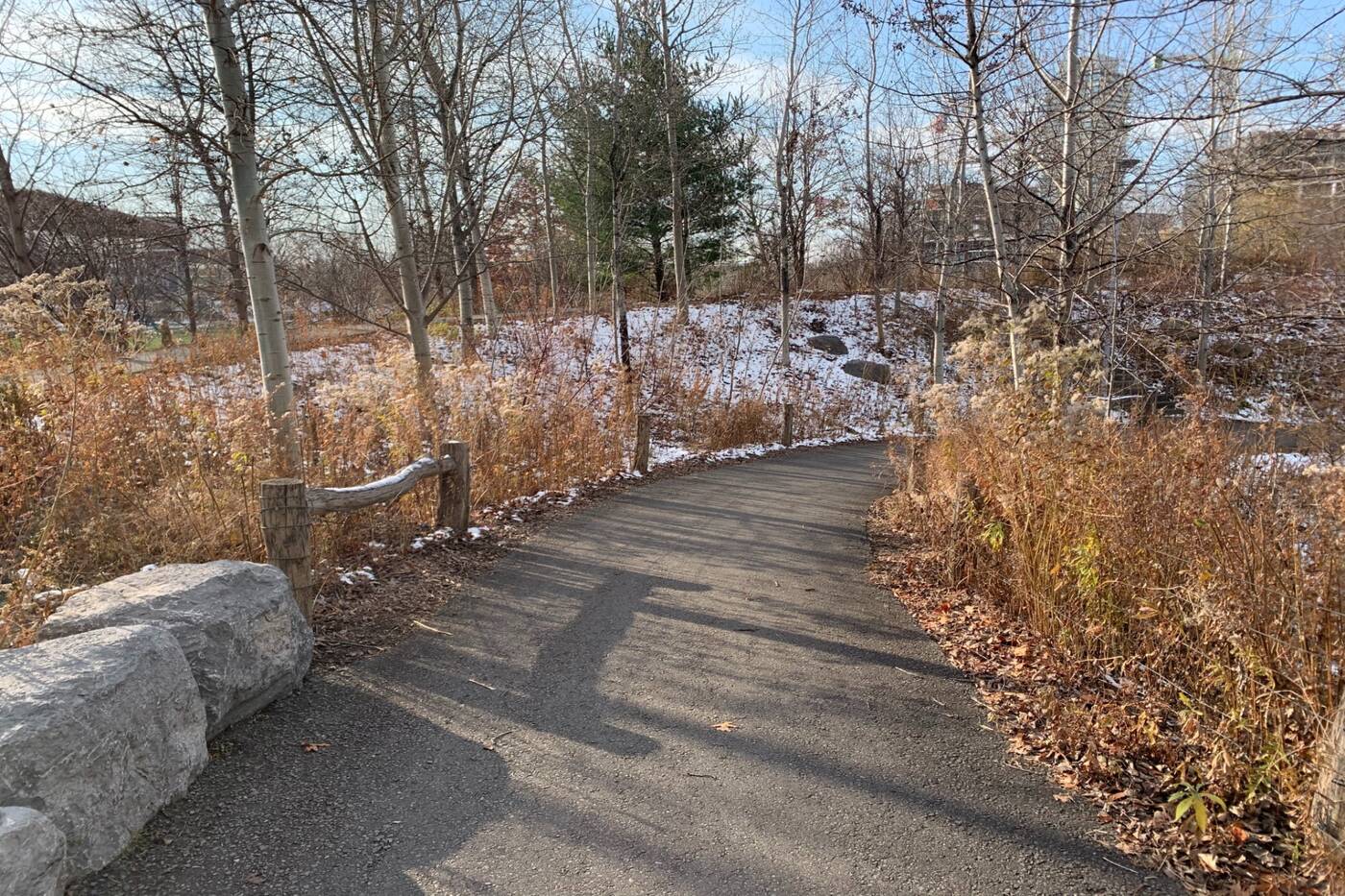 Corktown Common circles around a wetland pond and features a breathtaking natural environment in the middle of West Don Lands.

Here you’ll find one of the most impressive playgrounds in the city, as well as a beautiful natural area that borders the Don River to the east with walkways, bridges, and staircases around a marshy pond. 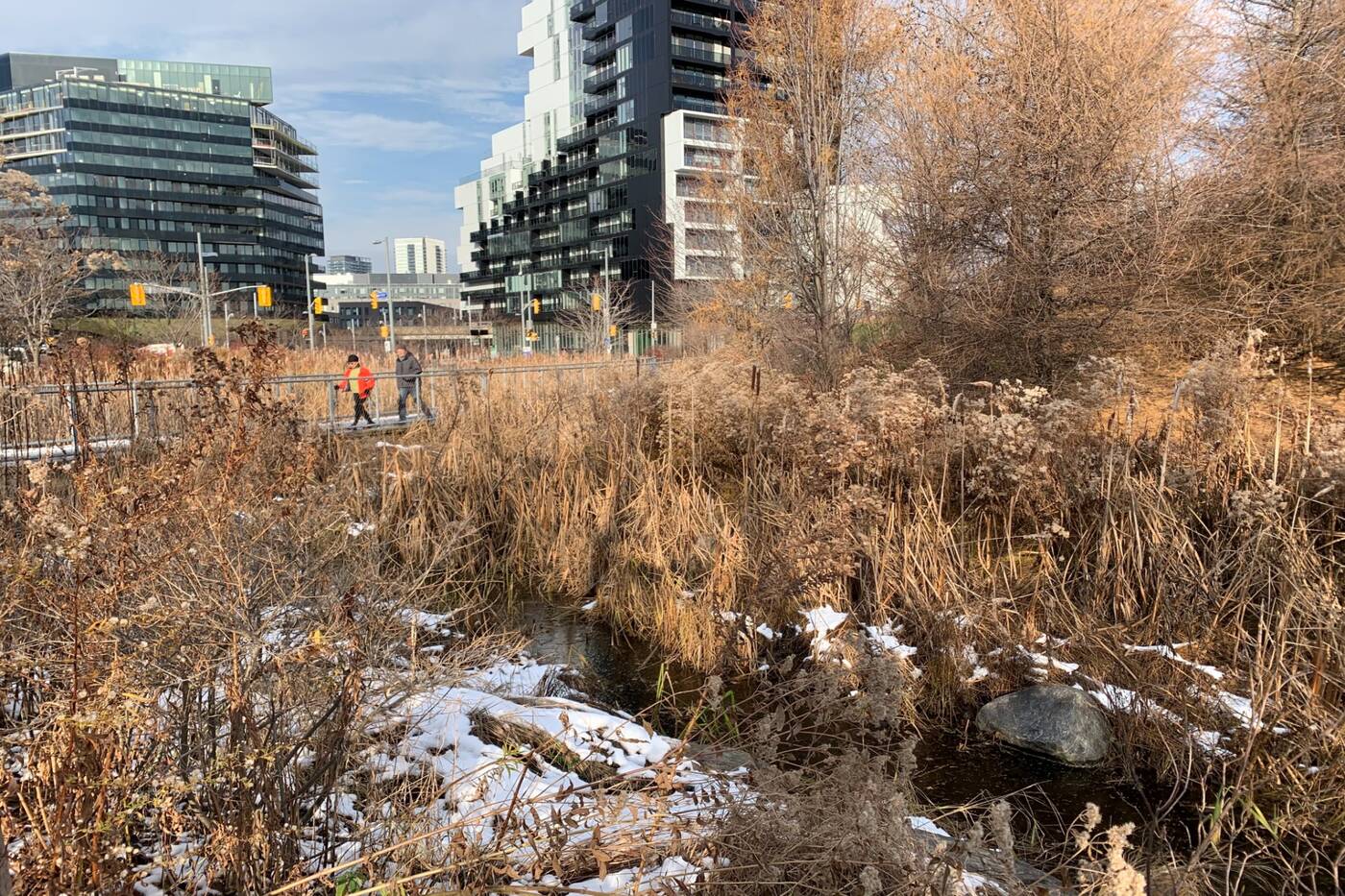